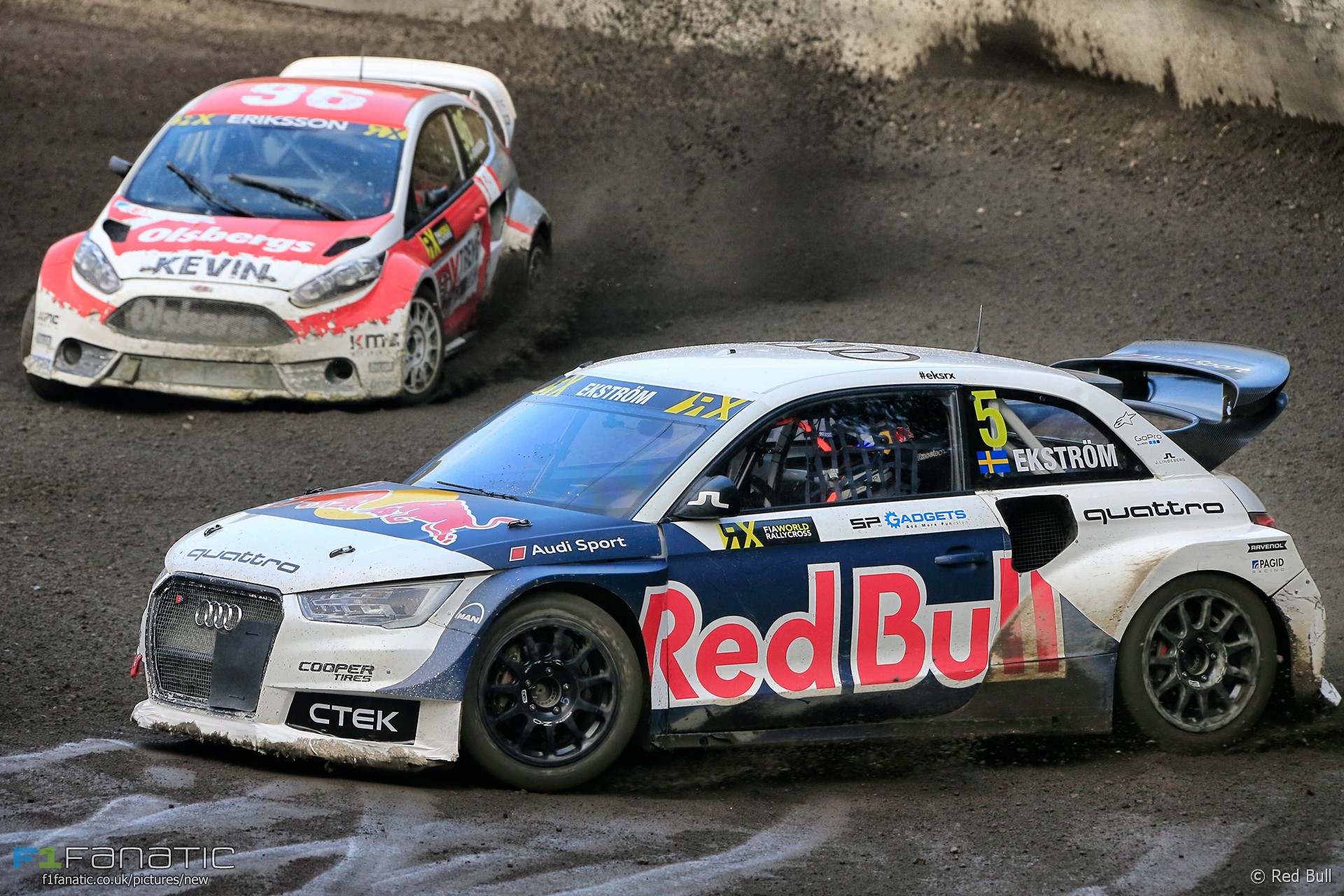 Elsewhere in the motor racing world Toyota avenged its Le Mans 24 Hours defeat after a nailbiting home race at Fuji, the European Formula Three champion dominated the final race weekend of the season and NASCAR’s title fight rumbled on.

Sebastien Ogier won his fourth world championship in fine style by winning Rally of Spain, though he was run close by home favourite Dani Sordo.

Ogier led initially but was overcome on the gravel stages of Friday in heavy rain as the conditions favoured cars running lower in the order come the afternoon loop. Once the rain cleared on Saturday and the rally returned to tarmac roads, Ogier eroded Sordo’s advantage and eventually overhauled him before easing away.

Andreas Mikkelsen was the closest driver with an opportunity to stop Ogier winning the title in Spain, but blew it by crashing out on stage twelve while the only other driver with a mathematical chance – Thierry Neuville – had to score maximum points with Ogier scoring none, but could only manage third.

Marco Wittmann clinched the DTM title after finishing the final two races of the season in second and fourth, despite his main rival Edoardo Mortara winning the season finale.

Race one saw Audi’s Miguel Molina take the win ahead of Wittmann, with Mortara cutting his way through the field from eighth to third despite having to deal with robust defensive manoeuvres from Wittmann’s BMW team-mates Timo Glock and Antonio Felix da Costa.

Wittmann went into the final race of the season with a 17-point lead over Mortara, and in qualifying Wittmann ended up in fifth with Mortara a single place behind. Wittmann was past the BMWs of Tom Blomqvist and Maxime Martin into turn 2, while Mortara was fighting to recover sixth after a poor start. By lap four, Mortara had overtaken Blomqvist and Martin, and the two leaders, Da Costa and Gary Paffett made contact, promoting the title protagonists to first and second.

Mortara took the lead on lap six, and on lap 24 both pitted, with Wittmann dropping to sixth. Paul di Resta made life hard for the BMW driver and by the end of the pit stops Wittmann was stuck in fourth where he would finish. However with a squadron of team mates protecting his tail that was enough to clinch the title and become the youngest two-times champion of the DTM. Meanwhile another twice-champion, Timo Scheider, called time on his 17-year DTM career.

Mattias Ekstrom became the first man other than Petter Solberg to claim the World Rallycross Championship title after scoring enough points in Germany to put it beyond the reigning champions reach with one round to go. Ekstrom could only manage fifth in the final (second video) while countryman Kevin Eriksson took his maiden win, and despite a strong run from Solberg to second, it wasn’t enough to prolong his championship challenge.

Toyota won their first endurance race in nearly two years after one of the closest finishes in the championships history. The number six car of Kamui Kobayashi, Mike Conway and Stephane Sarrazin won by just 1.4 seconds from the number eight Audi of Oliver Jarvis, Lucas di Grassi and Loïc Duval after a thrilling sprint to the flag.

The number eight Audi led for most of the race but never had an advantage greater than ten seconds, and ended up behind the lead Toyota after squandering time in the pits, most notably by losing a wheel nut during a tyre change. The ever-present problem of traffic at Fuji helped Duval close to within 1.1 seconds of Kobayashi with two laps to go, but he was never close enough to strike.

Lance Stroll will sit out the blue riband Macau Grand Prix next month so the European F3 finale at the Hockenheimring marked the end of his championship-winning season. He did it in style: the 17-year-old, who is tipped for an F1 debut with Williams next year, took a clean sweep of victories.

Race one saw him lead from pole ahead of his team-mates Max Gunther and Nick Cassidy, but Stroll ran wide at turn two allowing the pair to draw level up to the hairpin. Gunther came out ahead before Stroll forced his way into the gap left by Gunther that was quickly getting smaller: Gunther turned in for the corner and got punted wide and down into third place. The incident was investigated after the race but there was no penalty given. Gunther recovered to second as Prema cars filled the top four places.

Race two saw a dominant performance by Stroll while Sergio Sette Camara held second before being penalised for a jump start. That gave second to Joel Eriksson ahead of Callum Ilott, but the latter was excluded for a fuel infringement, putting Mucke’s David Beckmann on the rostrum.

Stroll completed his hat trick from fourth on the grid after an early battle with Eriksson which he had won by the end of lap two, putting him on course for his fifth consecutive F3 win. GP3 regular Jake Hughes took third after an eventful race.

While Stroll will not go to Macau a roster of 2016’s top F3 talent is heading there including two-time winner Felix Rosenqvist, BMW GT ace Alexander Sims and double Formula Renault 2.0 champion Lando Norris, who participated in the Hockenheim F3 weekend in order to qualify for the Macau field.

Kevin Harvick took victory to cement his place in the Round of Eight in the Chase for the NASCAR Cup. Having entered the weekend in last place of the 12 remaining contenders in the championship, he was under pressure to perform, but having also briefly led at the mid point, Harvick took the lead with 30 laps to go and didn’t look back.

In a race with 16 lead changes and eight cautions, Carl Edwards and Joey Logano completed the podium, while Brad Keselowski suffered a big crash, denting his hopes of remaining in the championship hunt.

Marc Marquez had a healthy championship advantage with four races remaining but in order to clinch the title at Motegi he needed the unlikely scenario of title rivals Valentino Rossi and Jorge Lorenzo failing to score.

And that’s exactly what happened. Rossi fell early in the race while running second while Lorenzo fell from the same position with five laps to go, leaving Marquez clear to take the win and championship.

What did you make of this weekends racing and do you think the champions that have been crowned are worthy winners? Let us know in the comments below.

Next weekend the main action is Formula One from Austin in the United States, but for tin top fans it’s the last race in the round of 12 for the NASCAR Sprint Cup Series and the V8 Supercars are at Surfers Paradise.