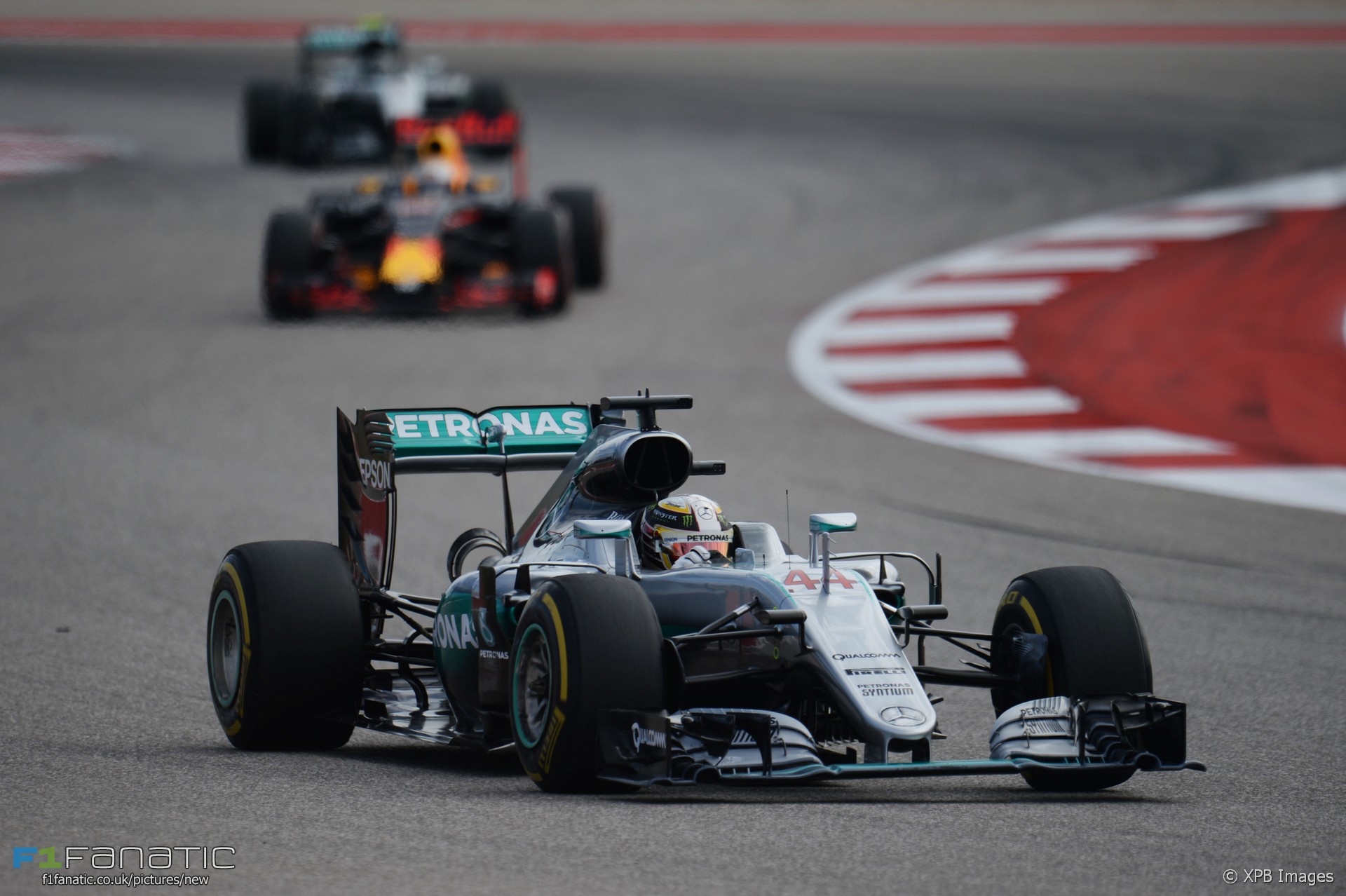 Lewis Hamilton says he was worried about unreliability throughout the United States Grand Prix and was running with less power than his team mate.

Hamilton won the race but described how he was preoccupied with concerns about the reliability problems which have dogged him during the season.

“The whole race my mind was, I couldn’t get my mind off the reliability issue,” he told reporters after the race.

“Because we had another problem through qualifying yesterday so I was down on power to Nico [Rosberg] today which would have cost me almost two seconds.” A deficit of two seconds over the race would be an average of 0.035s per lap.

“Sometimes down the straight I was half-throttle just ‘please don’t go!'” Hamilton added. “Fortunately it didn’t and it’s a great result for the team.”

However Mercedes executive director of business Toto Wolff told Sky television Hamilton had not been down on power.

Hamilton admitted other aspects of his weekend had improved, including his start. “It’s nice to have a good, solid weekend,” he said. “I was one hundred percent clear on my start, I knew the start was going to go that way. So it’s nice to kind of me in that position after so many ups and downs.”

“I worked very hard at the factory last week and found small changes which I was more comfortable with. Of course I wish I’d found them earlier in the year but they did the job today.”

But Hamilton said he remains concerned about the possibility of further technical problems.

“Unreliability is… I don’t think [Rosberg] has a single worry about that but I do. And so that’s really the only thing that can get in my way I think.”