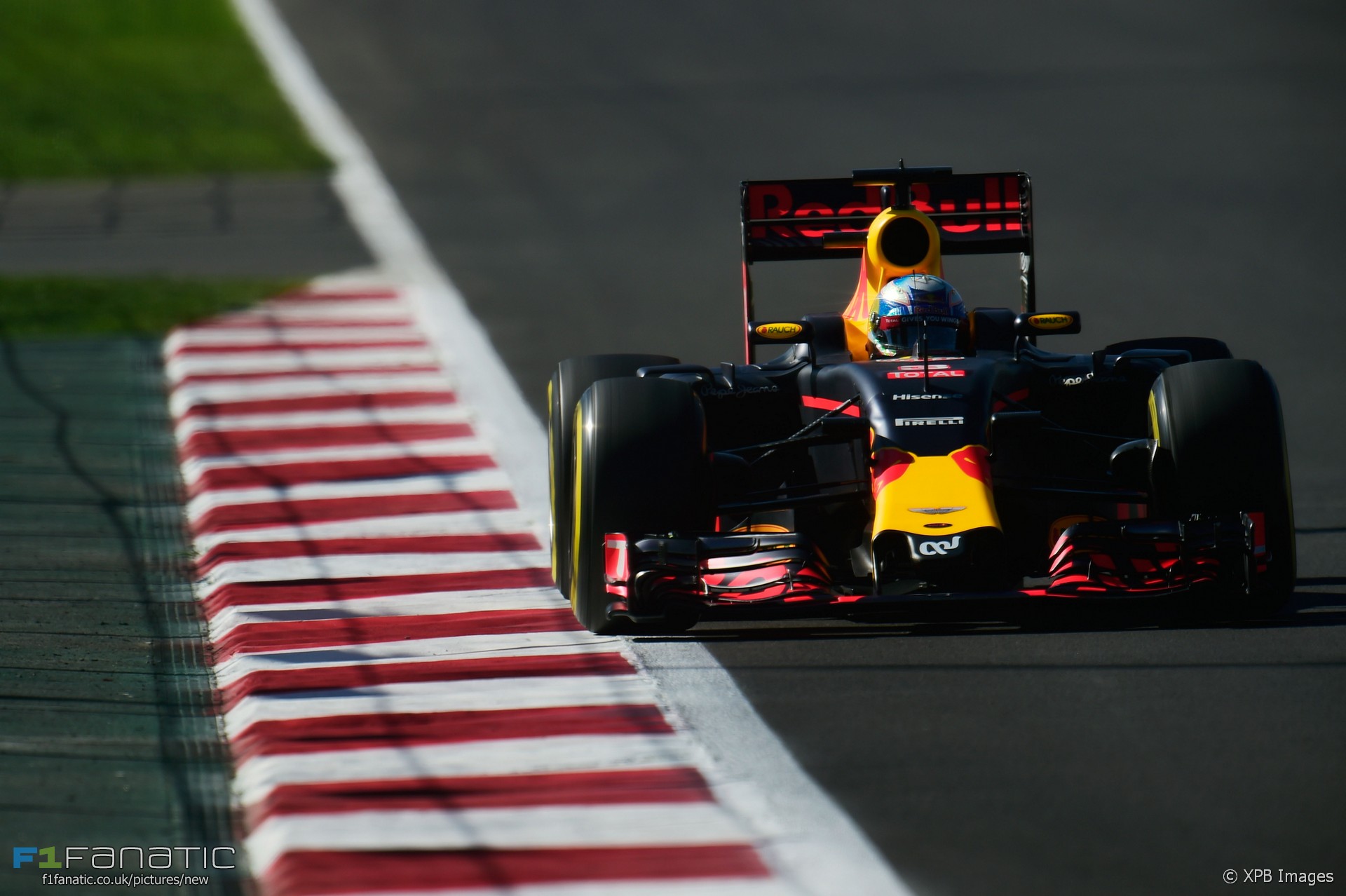 Daniel Ricciardo said he was surprised to qualify as high as he did given how poor his car felt during the session.

“I don’t know how we’re so close to pole,” the Red Bull driver told reporters in Mexico. “I think four-tenths or something. I guess everyone just had handling issues out there. I thought it was pretty terrible balance.”

“Even the last lap I don’t know how I went quicker. I’d been nearly four-tenths slower than my previous lap by turn six. It was a handful. We , you come and the altitude’s like this and the grip’s nowhere.”

“Other than that I think fourth is great. But when I see pole I’m like, four-tenths, we pretty much missed that in the first sector. It’s like that I guess. It’s tricky out there. I wasn’t very happy with the balance but to come away with fourth I think we’re a bit lucky.”

At the start of the race Ricciardo will have the benefit of being on the super-soft tyres while the Mercedes drivers ahead of him have chosen the harder soft tyres, as was also the case in the previous race.

“I managed to get one last weekend so hopefully we’ll get two,” he said. “Well I need to get three, obviously there’s Max [Verstappen] as well. It’s a long run, I think that’s going to do us well, at least the first few laps.”

“I think it worked for us. Austin, to be honest, everyone thought it was the wrong thing to do but we made it work for us.”

“I’m alright for the race, just qualifying was really weird, it confusing. And Ferrari as well: if I’m unhappy with my balance I don’t know what they’re saying”.

30 comments on “Ricciardo surprised by fourth in “terrible” car”