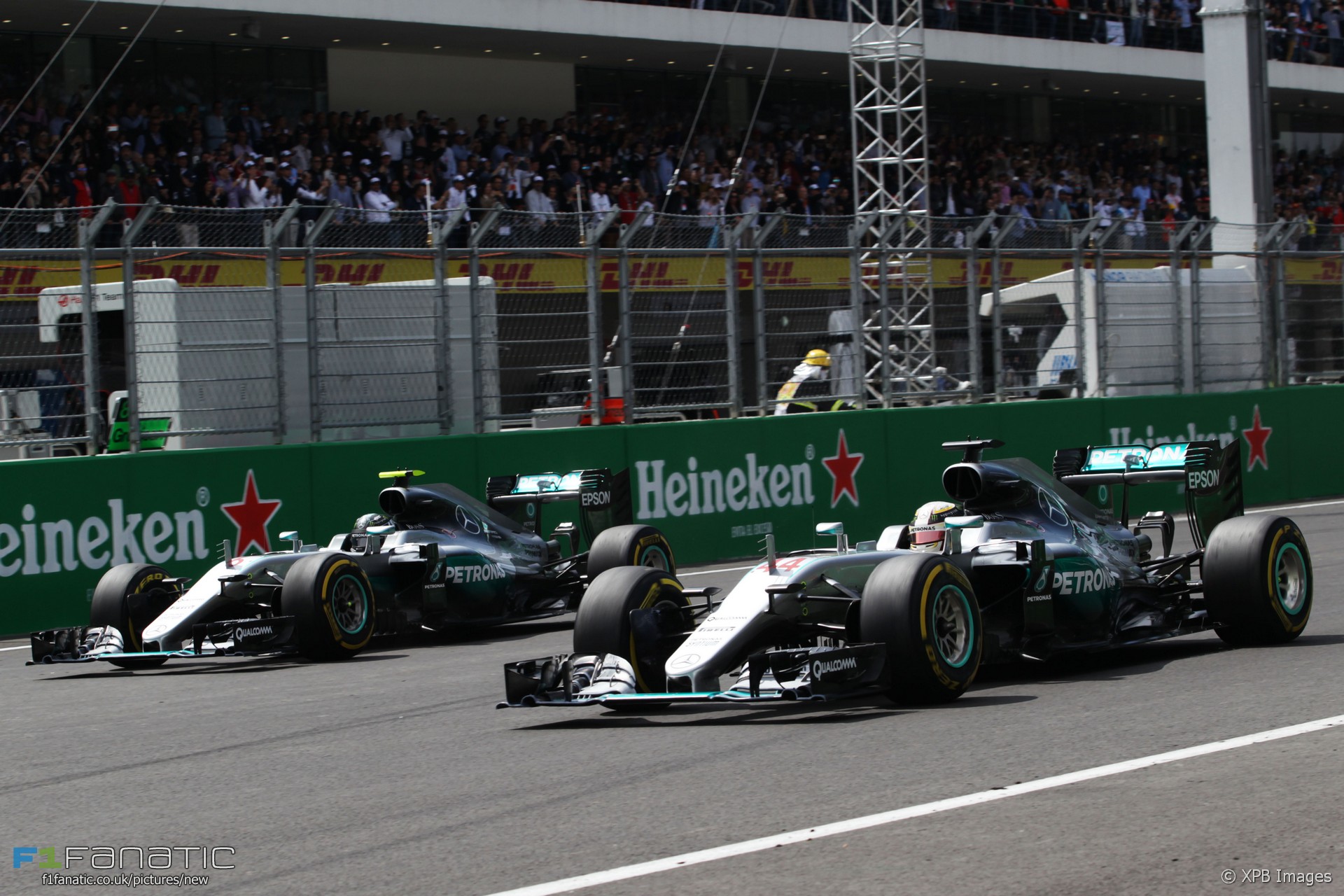 Lewis Hamilton cut the gap in the drivers’ championship to 19 points to Nico Rosberg after winning the Mexican Grand Prix.