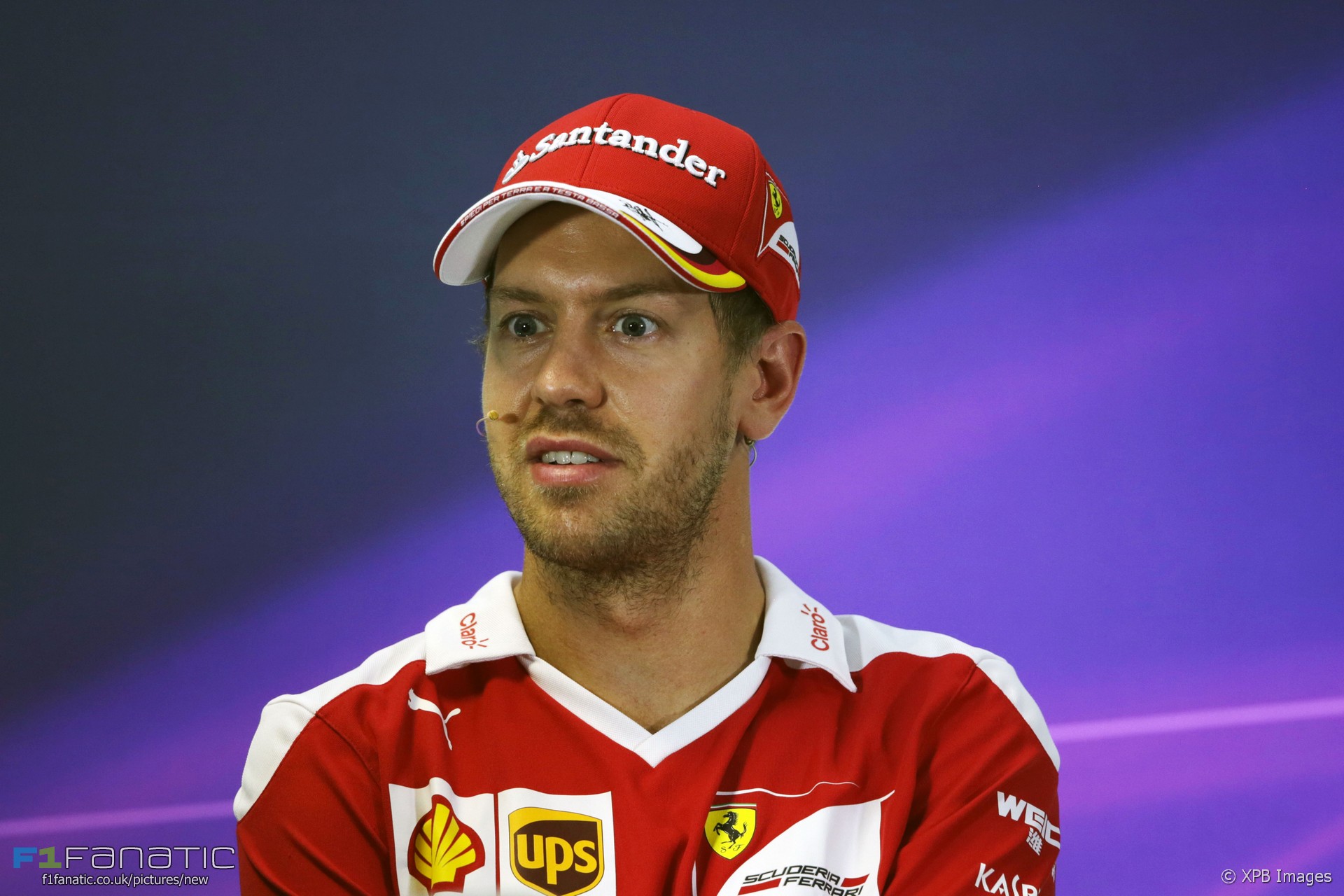 Ferrari have requested the stewards of the Mexican Grand Prix review Sebastian Vettel’s penalty for his incident with Daniel Ricciardo.

The team allege “a number of new elements have come to light” following the decision which give grounds for it to be reviewed. Vettel was found to have broken article 27.5 of the sporting regulations.

Vettel was given a ten-second penalty for changing his line in the braking zone approaching turn four during the race. This dropped him from third place to fifth in the final classification.

As his penalty was handed down under article 38.3 (b) of the sporting regulations the penalty cannot be overturned*. The race classification therefore will not be changed, as Ferrari have acknowledged.

FIA race director Charlie Whiting explained Vettel was penalised following clarifications to the rules brought about in response to incidents involving Max Verstappen earlier this year. However Vettel denied he had caused a potentially dangerous incident due to his driving.

Scuderia Ferrari has submitted a request to the Stewards of the 2016 Mexican Grand Prix to review their decision to penalise Sebastian Vettel for breach of Article 27.5 of the 2016 F1 Sporting Regulations as a consequence of his driving behaviour in turn four of lap 70.

This has been the first application of article 27.5 of the 2016 F1 Sporting Regulations as interpreted on the basis of the race director’s notes on “defensive manoeuvres” and effective from the 2016 US Grand Prix.

Scuderia Ferrari considers that a number of new elements have come to light after the decision was rendered that make the decision review-able under Article 14.1 of the International Sporting Code.

Scuderia Ferrari is aware that championship rankings will not change, regardless of the outcome. But in light of its importance as a precedent for the future, and in order to provide clarity in the application of the rules in future events, Scuderia Ferrari believes that the decision should be reconsidered by the stewards.