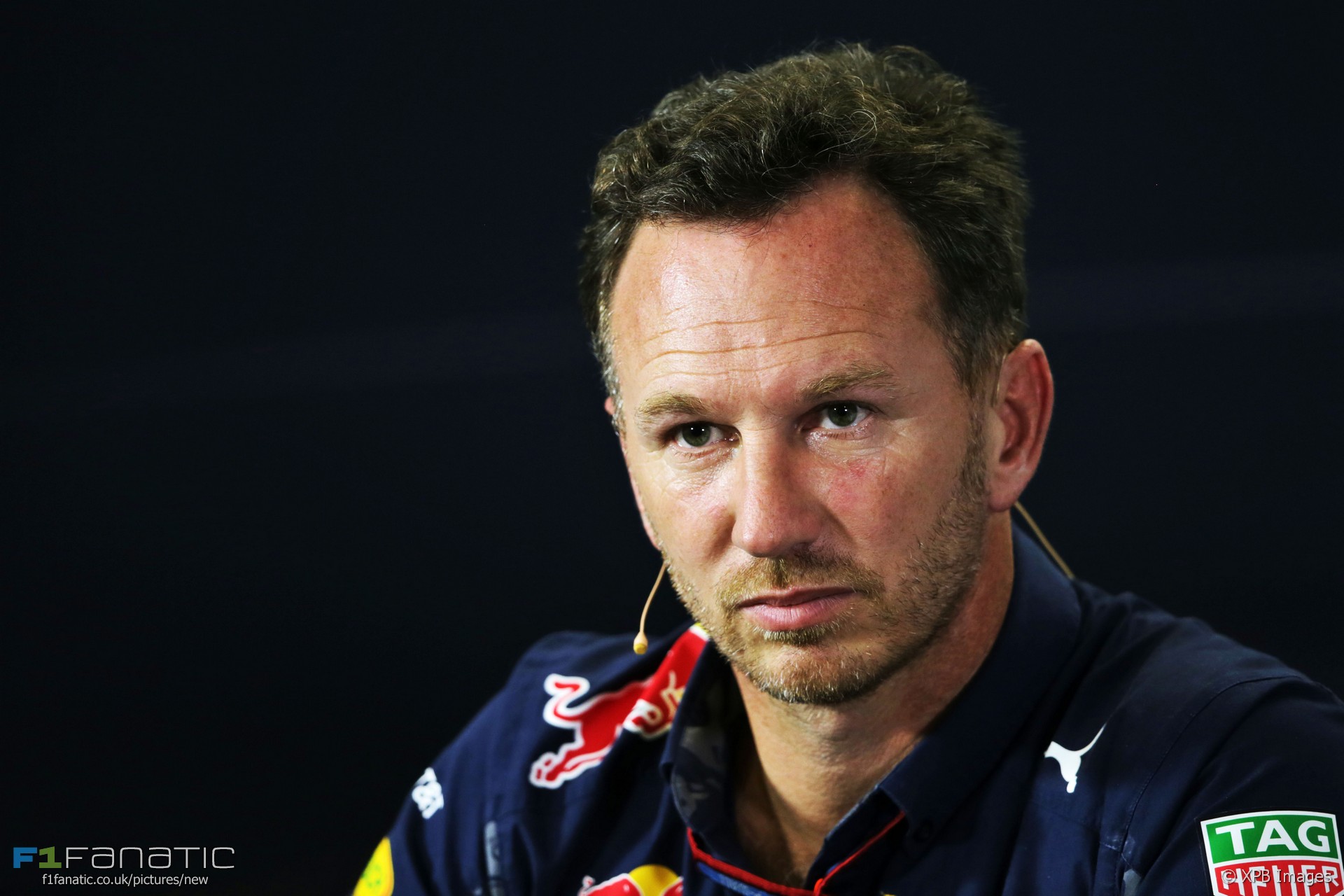 Red Bull team principal Christian Horner has urged Formula One to simplify the rules which govern drivers leaving the track following the disputes over the last race in Mexico.

Red Bull driver Max Verstappen was given a five-second time penalty after the race for cutting the first corner while battling with Sebastian Vettel.

Horner argued F1 has become “over-regulated” and said “the drivers need to take a rule book with them on a Sunday now in the car and consult it before they either defend or make an overtaking manoeuvre these days.”

He pointed to the difference in how two incidents at the first corner were handled during the race. “There’s too much subjectivity and interpretation of different events,” said Horner.

“Lewis Hamilton going straight on at the first turn last weekend, comes out half a kilometre up the road. Is that an advantage or a disadvantage compared to Max going off and coming back in the same position he went off with, with dirty tyres, later in the race?”

“So it’s very difficult for the the teams, the drivers and one can only think for the viewers as to what’s permitted and what isn’t. And I think like all things in lift, keep it simple, keep it straightforward.”

Horner urged F1 to find a solution to drivers going off the circuit which penalises them directly, rather than forcing the stewards to intervene.

“I’d say less rules, more clarity in terms of what the rules of engagement are. Nobody wants to see dangerous driving but let the drivers race. Let them go wheel-to-wheel. Everybody’s talking about the last five or six laps in Mexico because, let’s face it, the rest of the race was pretty boring.”

“The last ten laps were fantastic. And of course there’s been a whole bunch of discussion about it since then. And that’s what Formula One needs to be.”

“Let’s avoid the situation where drivers can cut corners and gain an advantage. Put a gravel trap there. Put something to slow the cars down. And then it takes the subjectivity away from stewards having to interpret is that result different to this one? Is that incident different from that? We can see so many examples of that.”

“I think for the teams, for the drivers and most importantly for the fans, let’s come up with something straightforward and simple that’s easy to understand and interpret.”