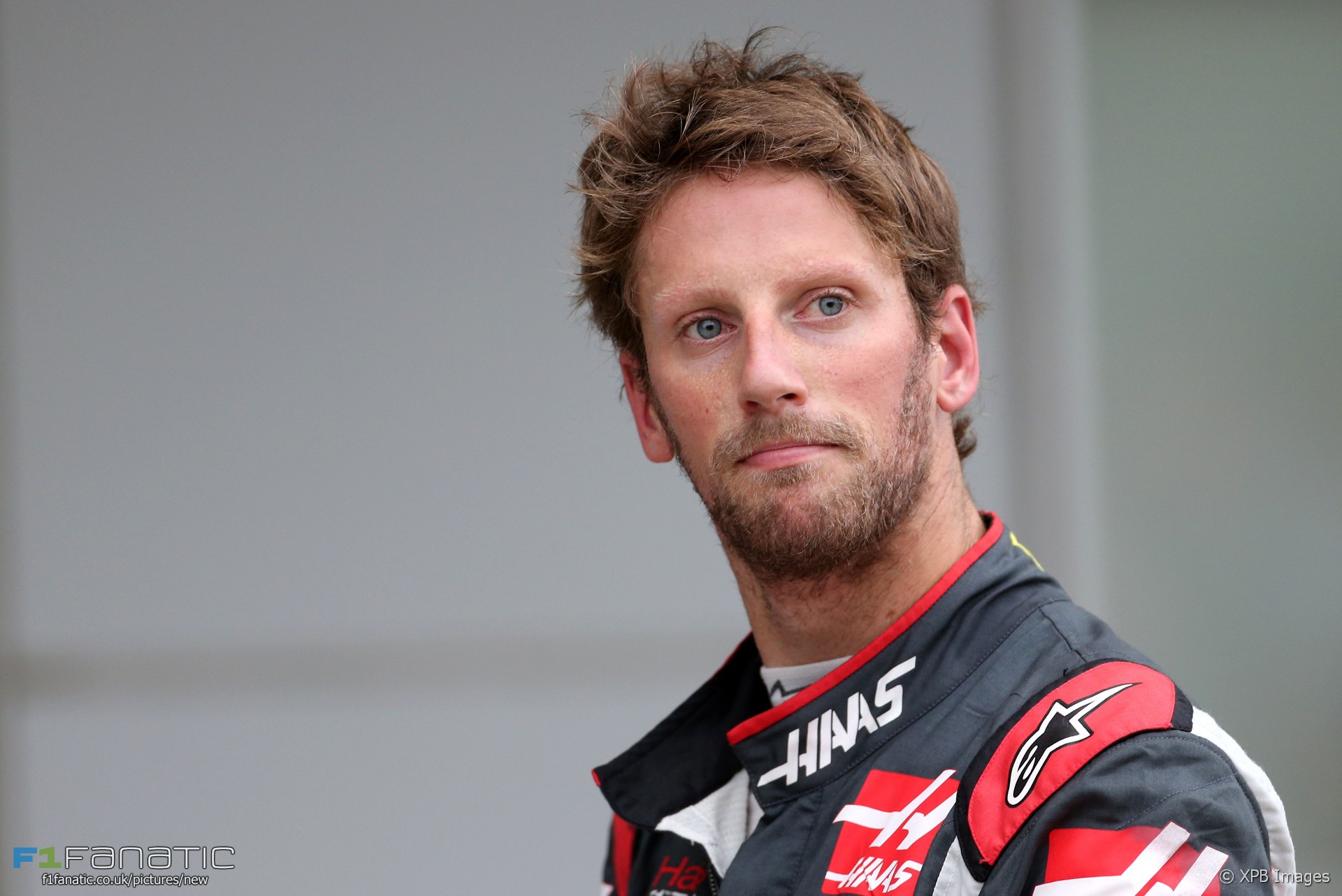 Romain Grosjean revealed Haas were unprepared to get into Q3 at Interlagos and hadn’t planned for it before qualifying began.

“We were not expecting to get into Q3,” he told reporters in Brazil. “I don’t think we had a plan, pre-qualifying to go to Q3.”

By taking seventh on the grid Grosjean equalled the team’s best performance in qualifying from Suzuka three race ago. “It’s great,” he said, “we’ve made some good work with the car.”

“The cooler track conditions has helped us a lot and there’s a lot we can learn about that. Clearly we need to improve when it’s warm but when it’s cold and grey as it was today we’re going pretty fast so that was good.”

Grosjean is using a new brake material this weekend following a series of problems in recent races.

“I used the new brakes, Carbone Industrie, the feel was a lot better,” he said. “Still not perfect in some places, but getting there, so a lot of positives for the future.”

“It’s been a rough run, since we came back from the summer break we’ve had a few issues, a few inexplicable problems with the car, a snap on entry.

“Even this morning I spun twice. The car was reacting very weiredly. It’s just part of the learning process and we just need to keep working around and try to figure out what’s causing the problem.

6 comments on “Grosjean: Haas didn’t plan to get into Q3”