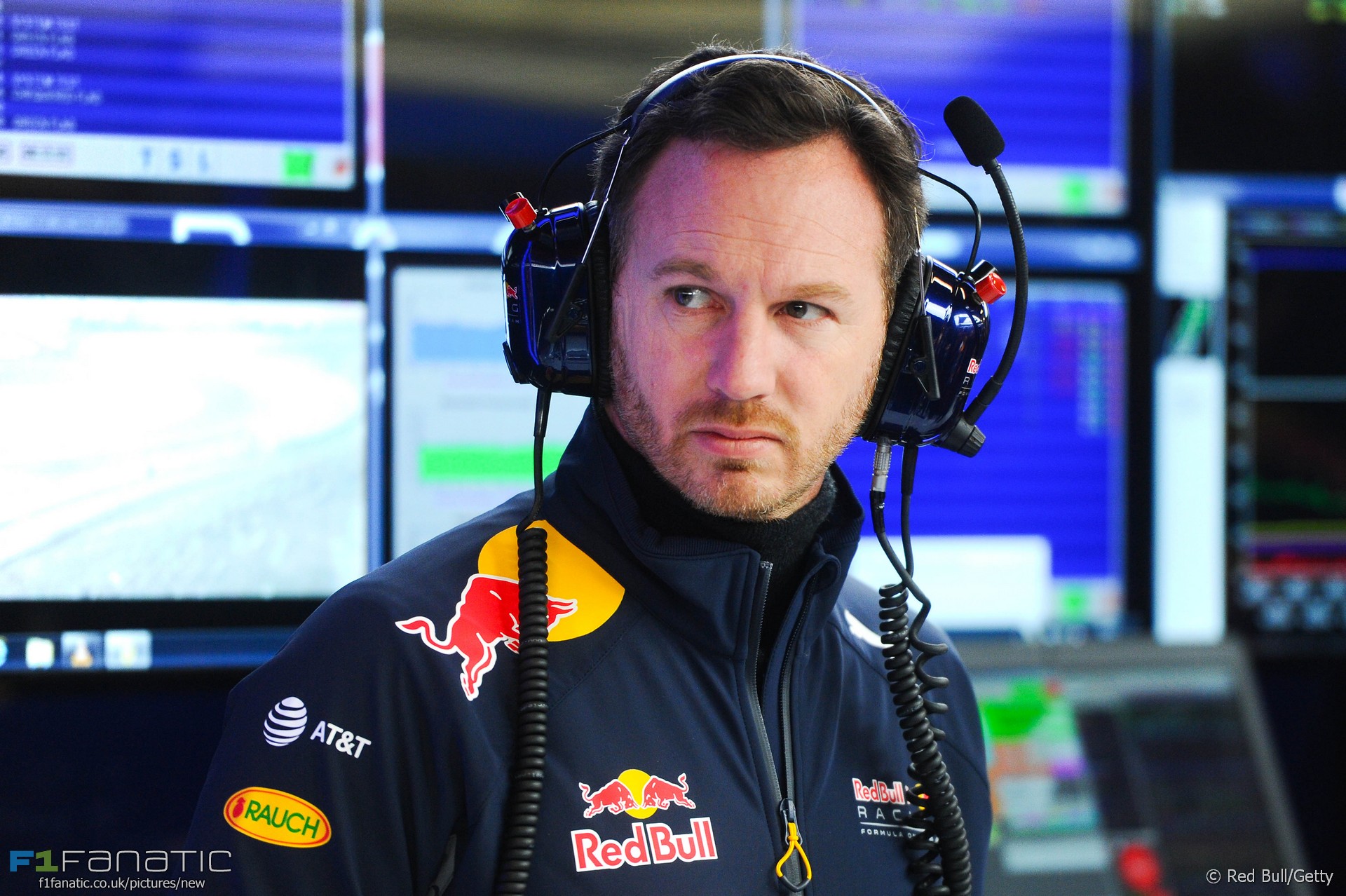 A teleconference of the Mexican Grand Prix stewards yesterday ruled Ferrari had not provided any new evidence regarding Vettel’s incident with Daniel Ricciardo which led to the penalty. They also rejected Ferrari’s claim race director Charlie Whiting should have intervened on a prior incident involving Max Verstappen during the race.

Ferrari has now notified the FIA it will appeal its decision to reject their request that the incident be reviewed.

“The situation gets more and more bizarre,” Horner told the BBC.

“Obviously we sat through a hearing yesterday where new evidence was presented which was nothing new. And the stewards once again came up with a verdict.”

“Of course it is with in the process the right of Ferrari to appeal. It just seems a bit of a waste of time and unless there’s something significant that wasn’t presented yesterday I really can’t understand the logic.”

Horner criticised Ferrari for continuing to pursue their protest despite their defeat yesterday.

“That’s probably more of a question for Ferrari than it is for me. I think the worrying thing about this process is what if we come forward with some new evidence about Lewis [Hamilton] going straight on at Monaco? Maybe a couple of fans there saw something, come forward with a bit of new evidence and then suddenly that result could be under scrutiny.”

“You could do that with any race at any point this season. It just seems a bizarre situation that the stewards have shut the book on the race, rightly so, you have to accept the verdict, we did with Max and that’s it, you move on, you focus on the next one. So to be dragging over and over it I don’t understand.”