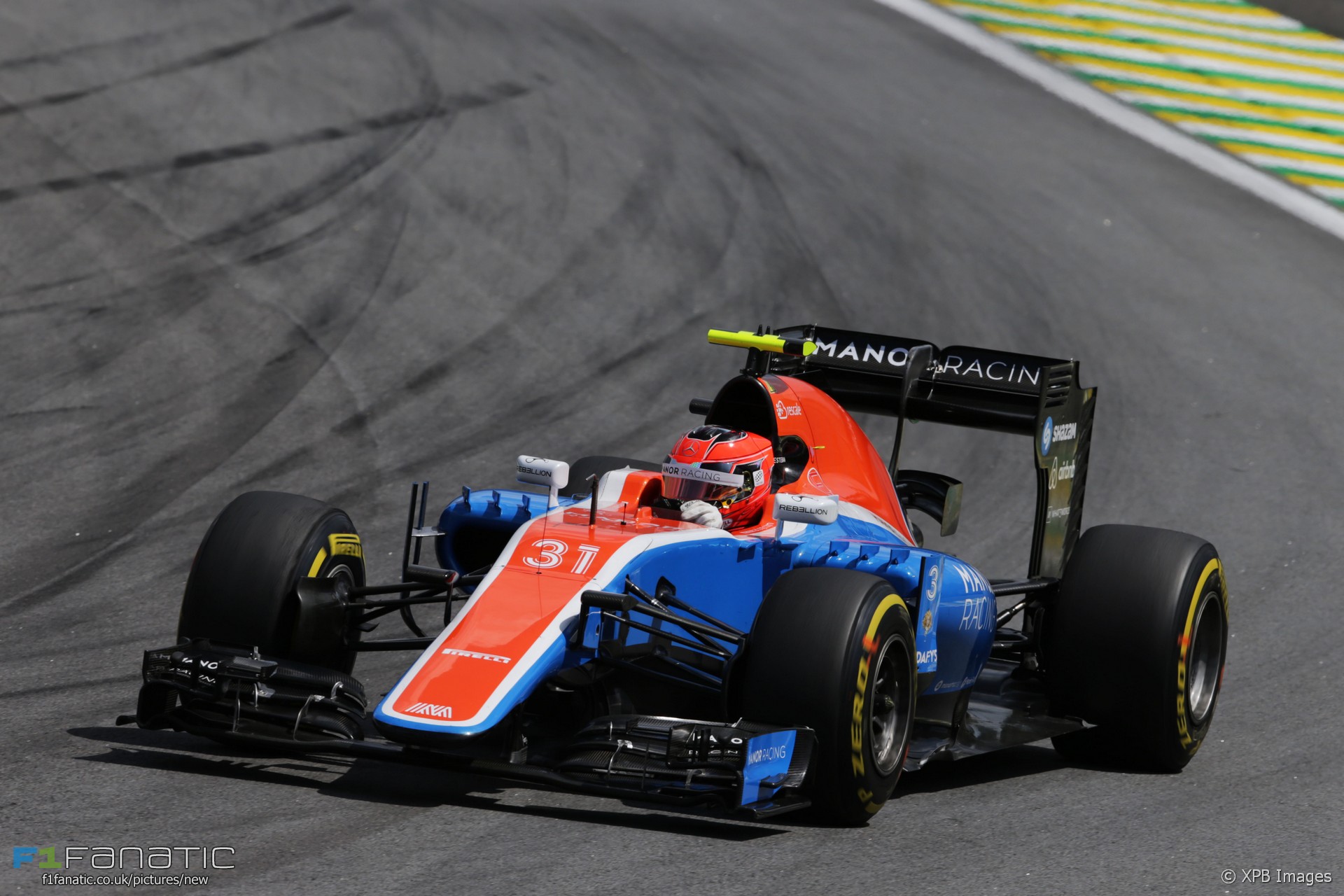 Esteban Ocon will start the Brazilian Grand Prix from last on the grid after being given a three-place penalty for impeding.

The Manor driver originally qualified 20th but has been given a three-place grid penalty for holding up Jolyon Palmer during Q1. The Renault driver complained on the radio about his rival but was still able to progress to the next stage of qualifying.

The stewards said Ocon failed to leave the racing line when Palmer was approaching despite his rival being on a quick lap. However they also took into account the fact Manor had not warned Ocon that Palmer was catching him.

“Entering the braking area of turn four Ocon stayed on the racing line at the moment when Palmer was approaching, forcing Palmer off the racing line. At that time, Ocon was on the radio with his team, who did not inform him of the approaching car.”

“When Ocon did see Palmer, he moved as far as possible to the right to avoid a dangerous situation, but the stewards concluded these were not mitigating factors, and that Ocon clearly impeded Palmer.”

Ocon was also given two penalty points, putting him on a total of four.