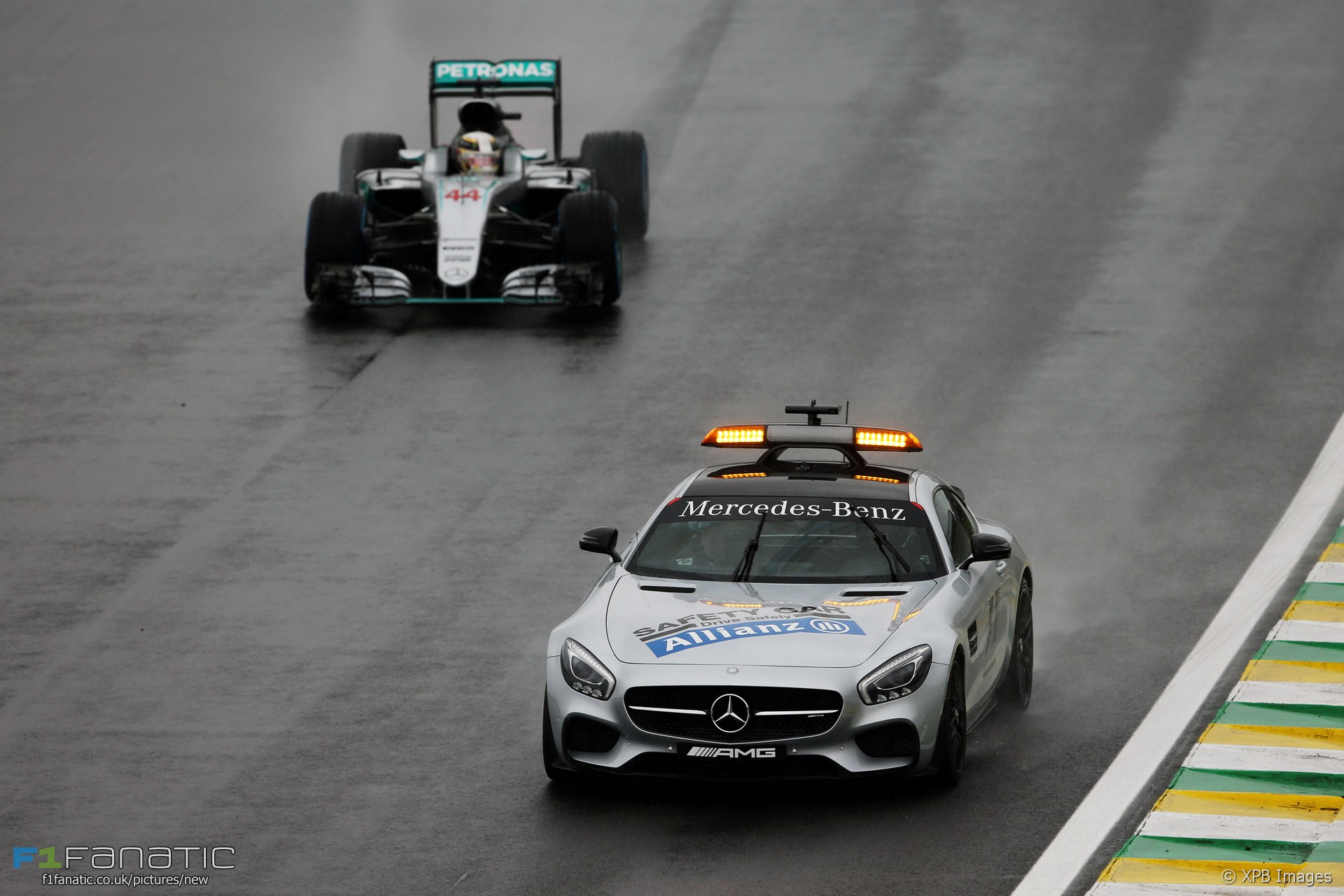 On the podium after the race he said he was “generally just chilling up front”.

“When it rains, that’s usually a good day for me,” said Hamilton. He described his victory as “Probably one of the easier ones.”

“It was a very easy race, generally. Usually in the rain here it’s the hardest but honestly it was, as I said, I didn’t have any spins, I didn’t have any moments. It was pretty straightforward. Silverstone 2008 was way harder than this.”

It was Hamilton’s first win in Brazil at his tenth attempt. “This has been my dream since the first time I watched Ayrton [Senna] race when I was five or six years old” he said. “And it’s the 44th grand prix here so it’s kind of a lucky weekend.”

Hamilton goes into the final race of the year needing to win with Rosberg finishing off the podium in order to clinch the championship.

“I am hunting and all I can do is do what I am doing right now. The team have given me a great car and finally the reliability has been really good and the results are really showing that.”

“I’m going to go and give it everything I’ve got. Abu Dhabi is generally a good track for me.”