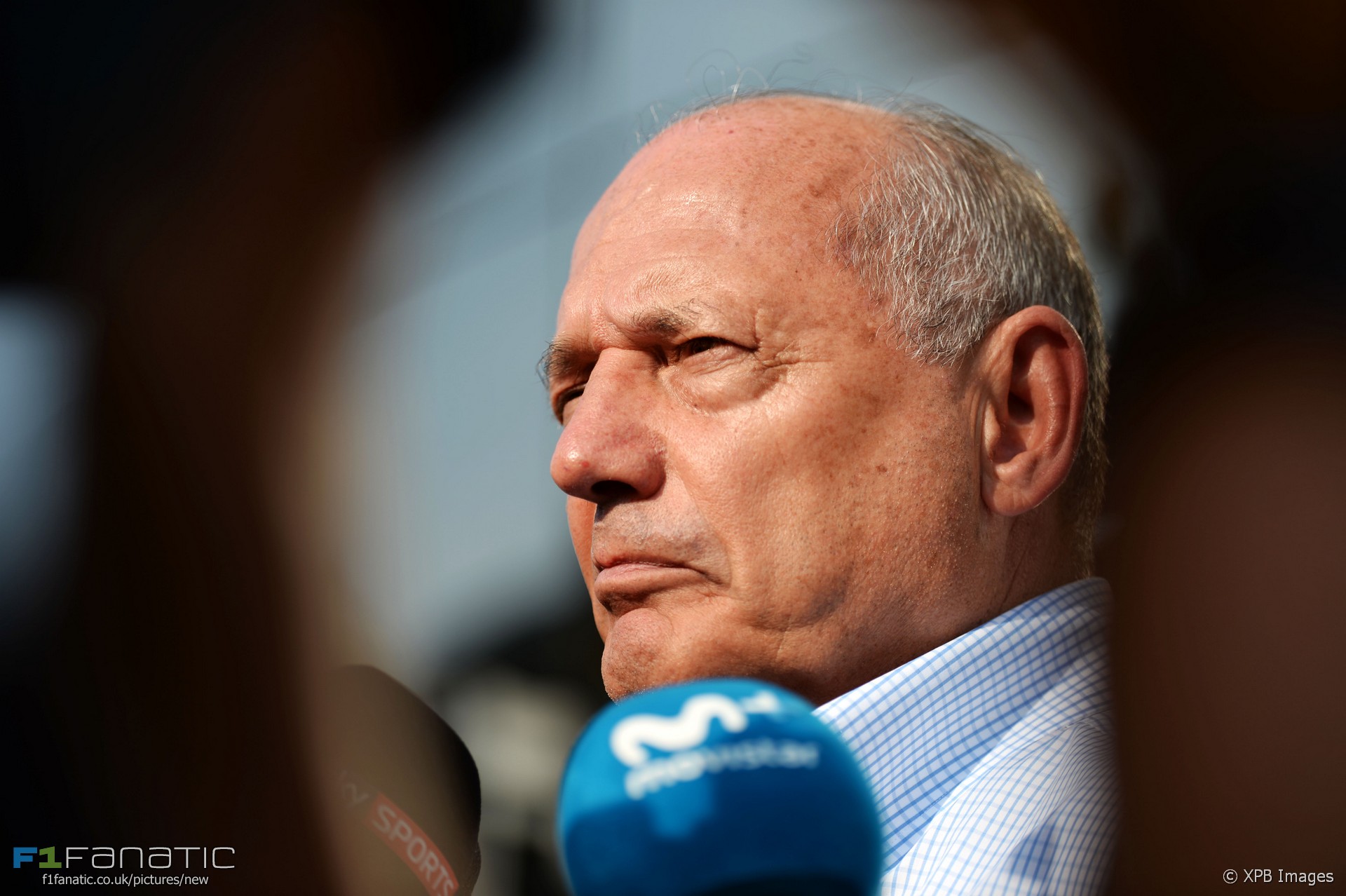 Ron Dennis has confirmed he is standing down as chairman and chief executive of McLaren Technology Group, which includes its F1 team.

In a statement issued on Tuesday Dennis claimed he has been “required” to relinquish his position at the company. Dennis said he was “disappointed” not to have retained the backing of shareholders.

Rumours had grown about Dennis’s future over the Brazilian Grand Prix weekend following reports of an approach to McLaren from a consortium of investors.

Dennis took over the team in late 1980 and steered it to a string of championship successes during his three decades as team principal.

He handed control over to Martin Whitmarsh at the beginning of 2009 while he turned his focus to McLaren’s growing road car business. But Dennis retook control of the F1 team five years later saying the company’s shareholders had “mandated me to write an exciting new chapter in the story of McLaren, beginning by improving our on-track and off-track performance”.

McLaren’s on-track fortunes took a dive in the first year of their new association with Honda in 2015. But the team has shown signs of progress this season.

Ron Dennis confirms that he has today been required to relinquish his duties as Chairman and Chief Executive of McLaren Technology Group (MTG), having led and grown the business and been its creative force for more than 35 years. This follows a decision by the majority shareholders to place him on gardening leave.

Dennis remains on the Boards of both MTG and McLaren Automotive Limited and a signiﬁcant shareholder in both companies. He intends to honour his commitments to the group before launching a new technology investment fund later in 2017.

Dennis said: “I am disappointed that the representatives of TAG and Mumtalakat, the other main shareholders in McLaren, have forced through this decision to place me on gardening leave, despite the strong warnings from the rest of the management team about the potential consequences of their actions on the business. The grounds they have stated are entirely spurious; my management style is the same as it has always been and is one that has enabled McLaren to become an automotive and technology group that has won 20 Formula One world championships and grown into an £850 million a year business. Throughout that time I have worked closely with a series of talented colleagues to keep McLaren at the cutting edge of technology. to whom I will always be extremely grateful.”

“Ultimately it has become clear to me through this process that neither TAG nor Mumtalakat share my vision for McLaren and its true growth potential. But my first concern is to the business I have built and to its 3,500 employees. I will continue to use my signiﬁcant shareholding in both companies and my seats on both boards to protect the interests and value of McLaren and help shape its future.”

“In addition I intend to launch a new technology investment fund once my contractual commitments with McLaren expire. This will capitalise on my expertise, my financial resources, together with external investment to pursue the many commercial opportunities l have been offered in recent years but have been unable to take up while being so committed to the existing business.”

Over the past 35 years Ron’s contribution to the success of McLaren has been colossal. During his tenure the team won 17 World Championships and 158 Grands Prix, making him the most successful leader in Formula 1 history. Like the company’s founder, Bruce McLaren, Ron is and will always be one of the true greats of the sport.

McLaren Technology Group is now in the process of seeking a new Chief Executive Officer. Until such an appointment has been made, the company will be run on an interim basis by an Executive Committee comprising the Group’s majority shareholders, in close collaboration with the Board of Directors and the senior management team, all of whom remain utterly committed to the company, its partners, its employees and its fans, and share a passionate determination to build on our many strengths towards future prosperity.

119 comments on “Dennis steps down from McLaren”