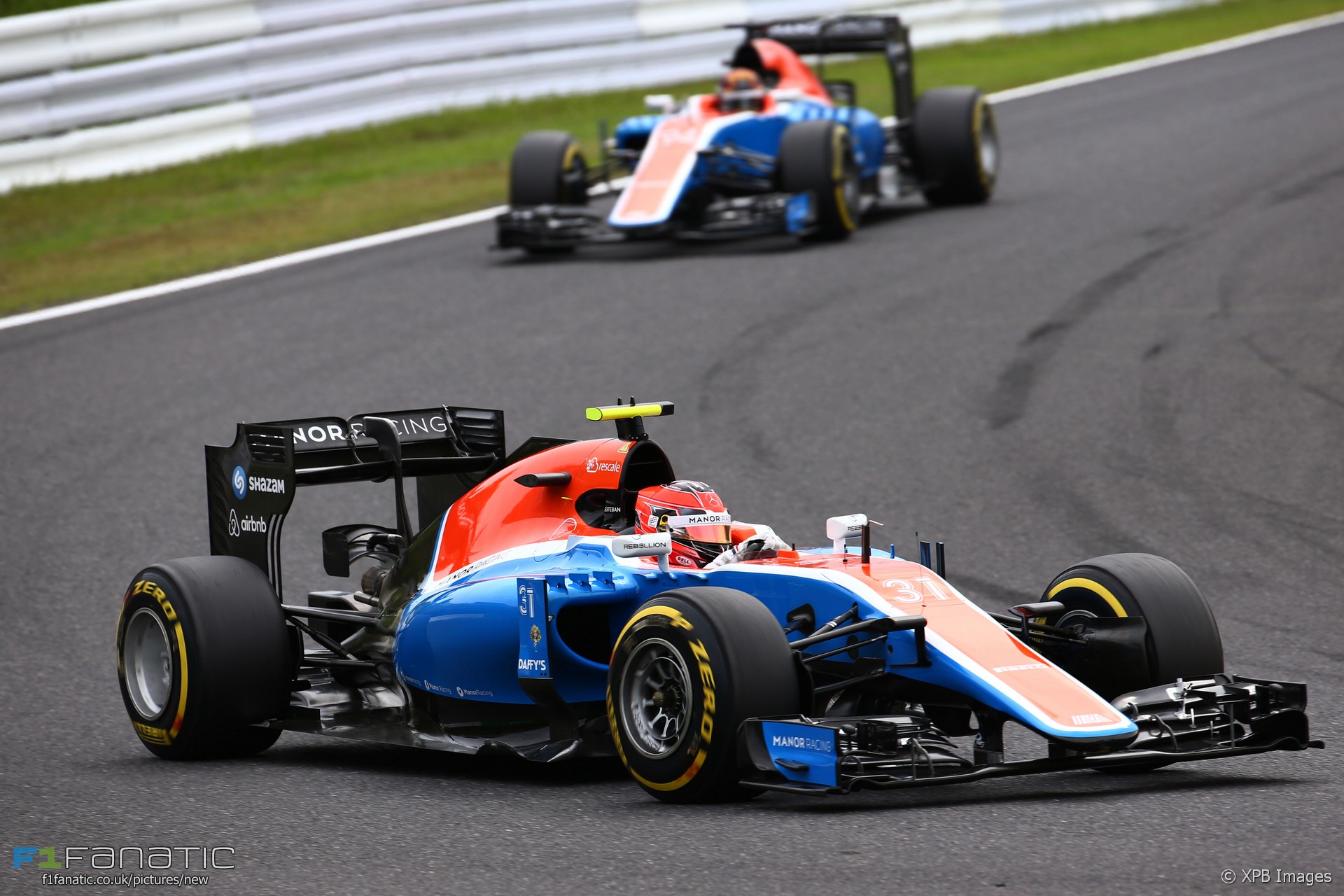 In the round-up: Manor’s Dave Ryan says the team’s fall to last place in the constructors’ championship is unlikely to influence their decision on drivers for 2017.

"When asked if losing the money prize from 10th place would have an impact on next year's driver line-up, Ryan said: 'No, I don't think so.'"

"I'm quite confident about that so the big question mark is the new rules on aerodynamics."

"Mr Dennis intends to keep his shares in the company, which would give him a blocking minority vote on future decisions."

"Negotiations are ongoing and will be sorted out shortly... before the end of the year, I'm sure. We want to extend long-term."

Shocked that Singapore is considering dropping F1. Ecclestone seems like such a graceful personality. Lifting them from “just an airport” 😂 pic.twitter.com/aG3WOIhpgl

At least two Mr E interviews doing the rounds. Always important to know who his audience is & the key messages to them eg Liberty. #F1

Disappointing news that Malaysia looks like dropping it's F1 GP after 2018. Top track, lovely country and a great race to visit for tourists

With countries like Malaysia & Singapore talking about dropping F1 races, wonder if CVC have cashed out at right time to recoup investment?

#MalaysianGP to drop of #F1 calendar at end of contract in 2018, joining #SingaporeGP. Where now for #F1 wanting 25 GPs annually?

Recent changes at McLaren have prompted some strong feelings:

As a McLaren fan I’m totally unsatisfied with the recent changes the team has made. I was finally getting the feeling that they were on the way up, but with Dennis being fired and Brown replacing him, I am afraid that he will want to make changes within the organisation that will hold the team back. They have had a company restructure two years ago, and it takes time to see the result of changes like that. If Brown would like to make an impact (which new CEO’s often do), McLaren will be starting from zero all over again. And then again, Zak has a lot of experience at the commercial perspective of business, but he has got no clue of running a Formula 1 team. How will that unfold?

Dumping Ron Dennis is in my opinion an unforgivable mistake, which is purely based on a personal vendetta between the shareholders. As odd as Ron might appear as a person, without him, McLaren would not be existing at all, let alone be one of the most successful teams in the history of F1. Don’t forget it is not just the F1 team, but also the road car company that he has build and developed into a highly profitable business. He is a McLaren legend, and a Formula One icon. You don’t through someone like that out of the company he build, just because you don’t like him. You cherish a person like that, and treat him with the respect he has rightfully deserved.

My love for McLaren has taken a huge hit due to these developments. One part of me would still want nothing else than to see McLaren on the top step again, the other part of me wouldn’t care less to see the team go through the drain just to see these shareholders take huge losses on their investment.

Selling the majority of the company’s shares, is the biggest mistake Dennis has made, and something only he can take blame for. Williams in that matter, took a wiser decision to hold the majority when they sold their company shares.

We’ll have to see how things will unfold. I am not too optimistic, but regardless of the outcome, this entire situation is a big shame and as a big fan of the team, I am honestly angry about it.
Spafrancorchamps

Nico Rosberg beat Lewis Hamilton to pole position as the pair fought for the championship in the final race at Yas Marina.