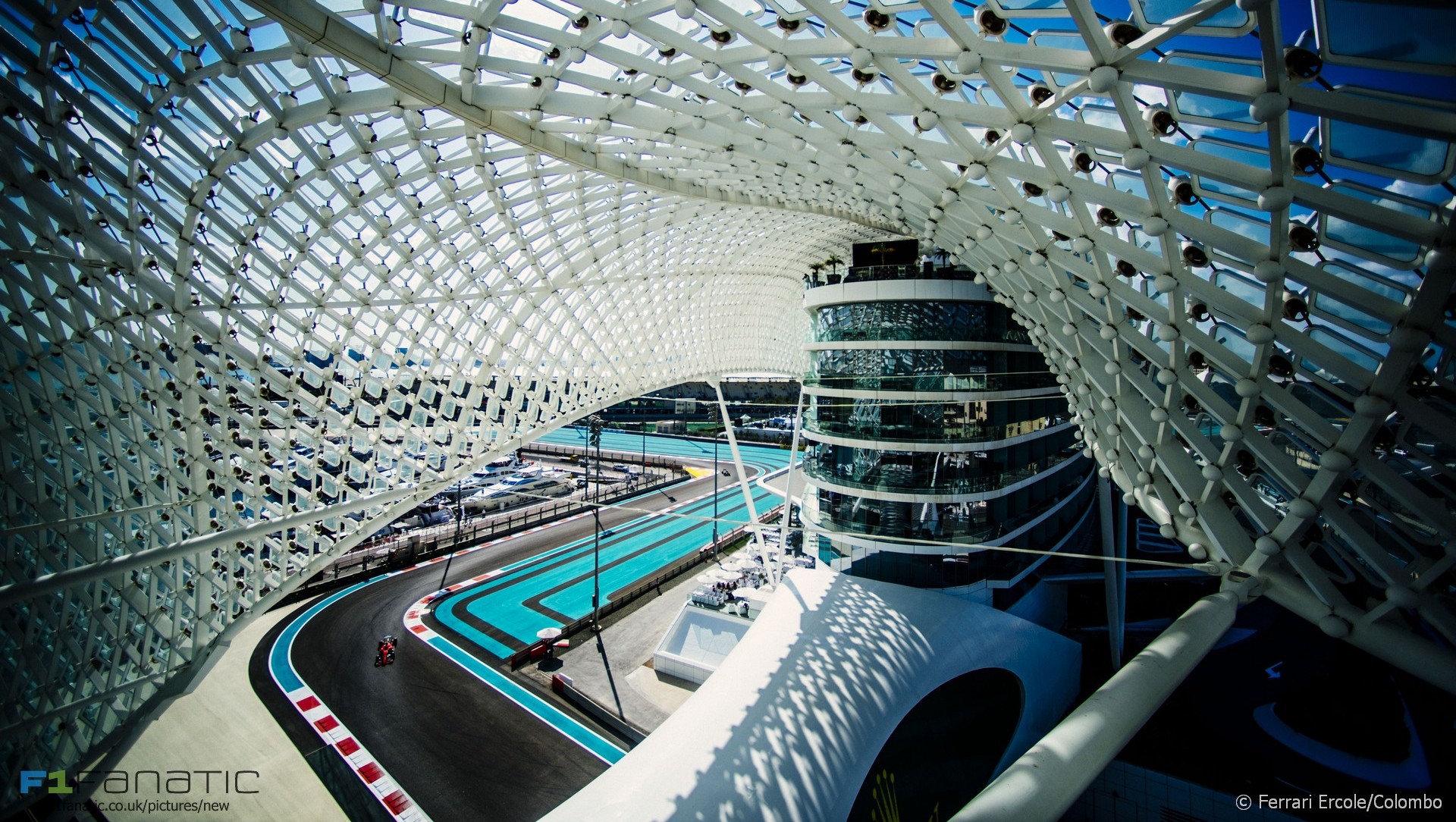 Yas Marina wants for nothing in terms of facilities. If only the same could be said of its track.

But the circuit which has the honour of holding this year’s title-deciding race leaves everything to be desired when it comes to challenging the world’s best drivers and cars.

It’s wide, smooth, flat and – aside from a pair of lengthy straights – slow. Whatever brief the track designer was given, showcasing F1 at its best was not it.

“It’s not the most thrilling of tracks,” says master of understatement Daniil Kvyat, “as many of the corners are very similar”. Other drivers have been similarly dismissive of its untaxing, stop-start nature.

The track has produced few riveting races since it first appeared on the calendar in 2009. The surprise outcome of the 2010 title-decider and Sebastian Vettel’s race through the field two years later stick in the mind. But last year’s forgettable finale was more typical of what we’ve come to expect from this venue.

Abu Dhabi’s stable climate means we can discount the possibility of surprising weather changes playing a role in Sunday’s championship finale. But Pirelli’s decision to bring its most aggressive tyre selection could offer the drivers new strategic options this year.

A lap of Yas Marina

From the start line the drivers arrive quickly at turn one. This is the first of many 90-degree corners but is quicker than the rest, typically taken in fourth gear. Accelerating out of the left-hander the drivers approach what passes for the most interesting section on the track – the flat-out sweep through turns two, three and four.

The pit lane entrance joins the track at this point and we have seen some near-misses as drivers blend in with traffic. Fernando Alonso took a punishing ride over the kerbs here in 2013.

As the drivers leave turn four at speed they are quickly upon the next sequence of corners: a slow chicane followed by a hairpin. “You go down the hill, braking into six – very tricky braking turning into six, then straight away into seven,” explains Romain Grosjean. “You need to be well positioned for the hairpin going down the back straight. It’s tricky to get the car to turn.”

Two long straights separated by the turn eight/nine chicane follow. “Again you need to be well positioned between the left and right-hand side corners,” says Grosjean. “Then it’s another straight line on to 11, 12 and 13. It’s a triple chicane and as soon as you exit that part you go flat out then brake for turn 14, which is a 90-degree left-hand side corner.”

Following the tricky curved approach to turn 17 the final sector of the lap involves a sequence of slow bends, most of which are right-angles. “As soon as you go out of 17 you have to brake again for 18,” says Grosjean. Two left-handers lead them beneath the Yas Viceroy hotel, with a “tricky exit” as the cars straighten up ahead of the final pair of bends.

After that the run-off area at the final corner invites drivers to run wide. “The last corner is very tricky,” Grosjean explains. “It’s very wide on the entry phase with the pit lane on the right-hand side. It’s not easy to find a line.”