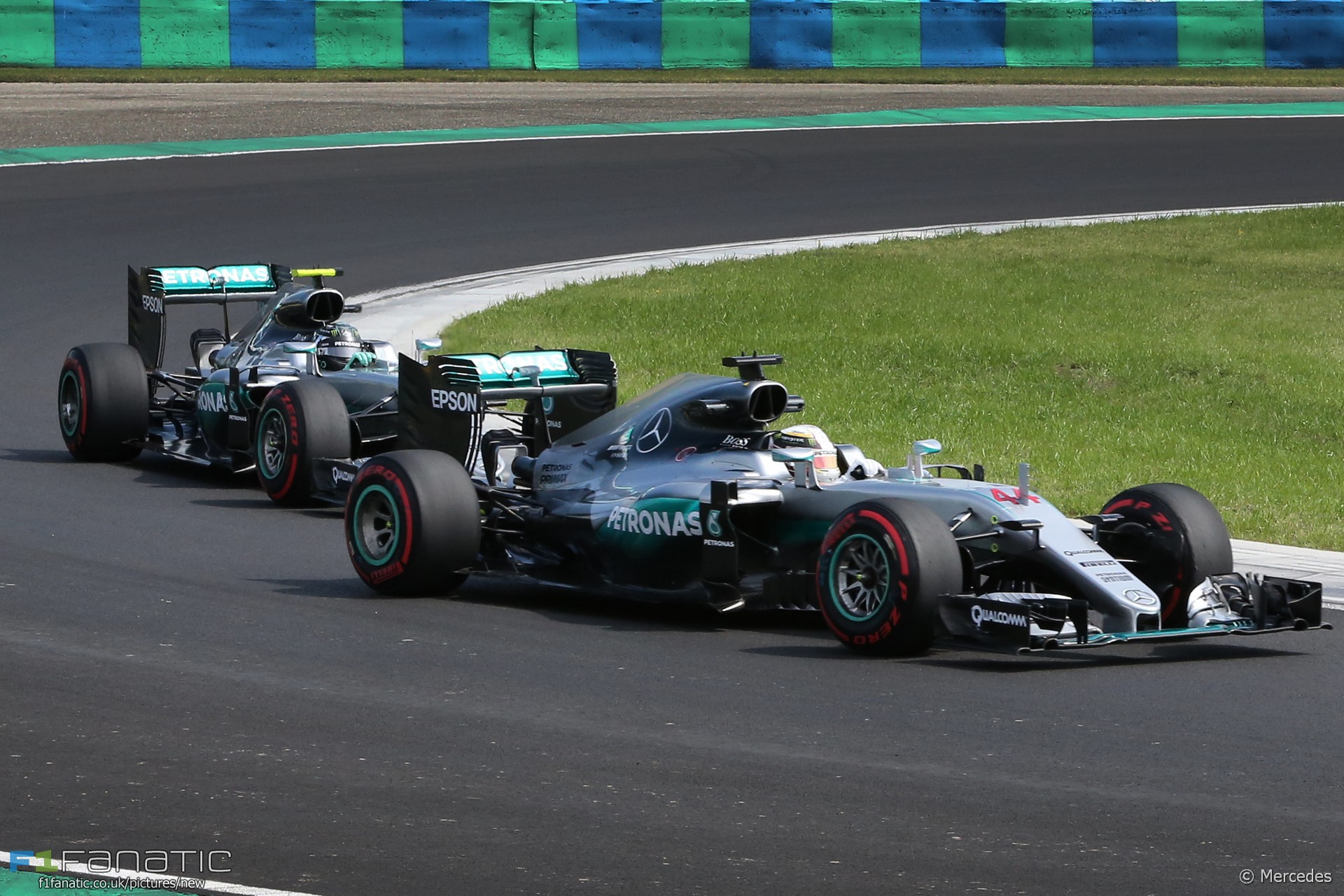 In the round-up: Christian Horner says the smart thing for Lewis Hamilton to do this weekend would be to hold Nico Rosberg up.

Hamilton should back Rosberg up - Horner (Autosport)

"There's no point Lewis being ahead by half a lap - if he's smart he's going to back the cars up so there is racing behind him because that's the only way the result will fall his way."

"Nico is driving with the championship in mind. He is a bright guy. He is playing the percentages and banking the points."

"I won't favour any driver, but if I can get myself up on the podium and get another bit of silverware I'll do that and if it changes the result in the championship so be it."

F1 title race goes to the wire in Abu Dhabi but will Red Bulls have a final say? (The Guardian)

Has Pirelli got it right with 2017 F1 tyres? (Motorsport)

"In the past the sport was asking for degradation, to have more pit stops, to have more overtaking. Now, they're asking for something different, so we had to develop a complete new technology."

"I think Jenson has made a good decision to retire, though you hear talk about him saying it’s a sabbatical."

"The whole of Ferrari sends its greetings to Felipe Massa on his last competitive weekend of Formula One."

"We've got three of the greatest drivers in the world I believe so we've got no excuses in our driver line-up."

What to expect at Abu Dhabi Grand Prix: Nico Rosberg in a tricky situation, a threat from Red Bull (Eurosport)

I know I'm a bit late but @JimmieJohnson you're an absolute legend! 7?? And to think it's your second best sport! 😬👏🏽

As someone who has driven the track (in one of their F3000 cars) and stayed at the hotel the track was asked to pass under I can tell you that the track is dull (though the F3000 car wasn’t) and the hotel is god-awful.
@Geemac

Happy birthday to Heart Of The Sunrise, Nakavich, Beverly Sanford and Haziq Danish!

Ten years ago today McLaren confirmed Lewis Hamilton would make his grand prix debut with them as a rookie in 2007: