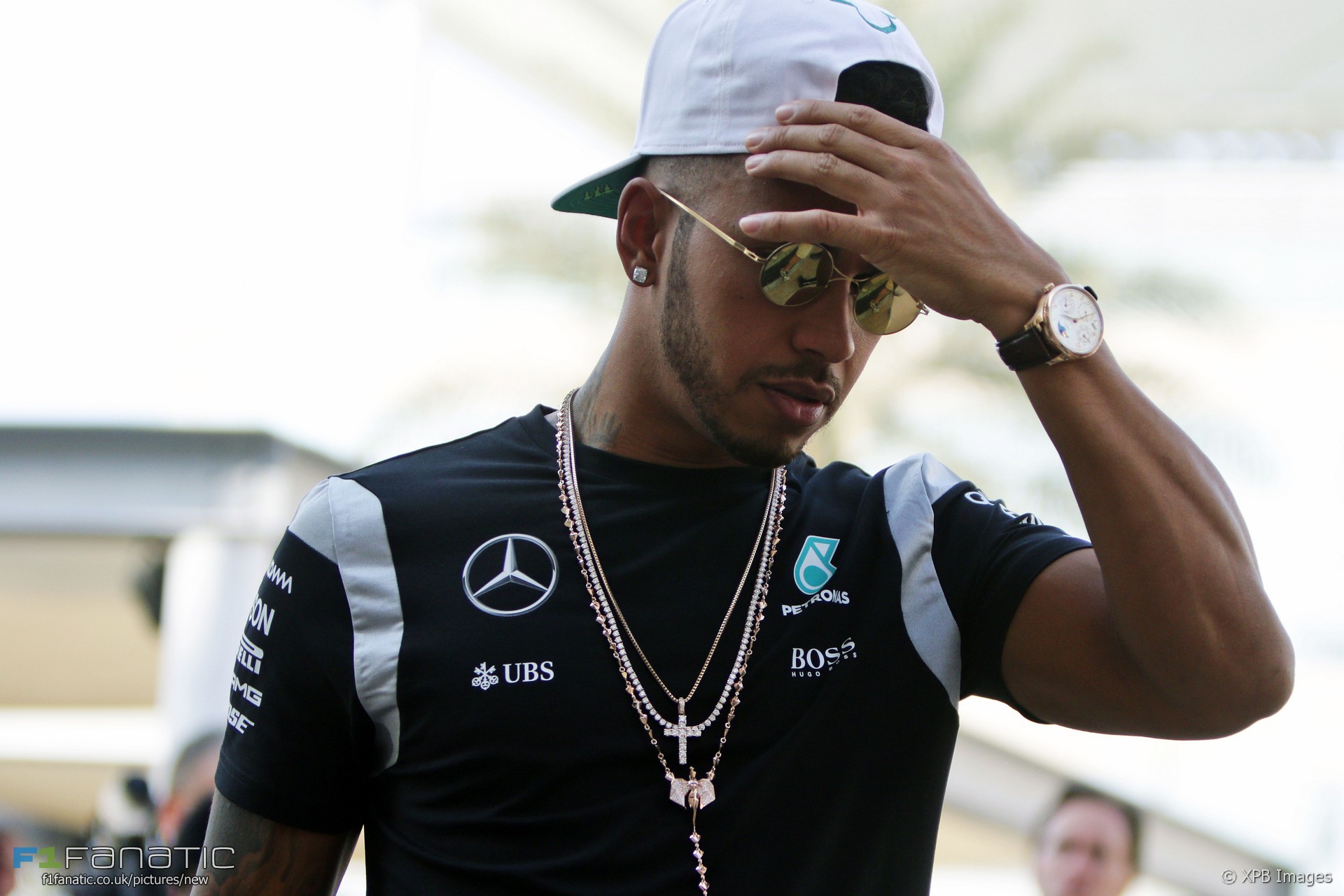 Lewis Hamilton will be glad to put 2016 behind him following his troubles this season and developments elsewhere in the world.

The odds are against the reigning world champion holding onto his crown at this weekend’s season finale. Last week Aki Hintsa, who played a significant role in Hamilton’s arrival in F1, passed away.

Speaking to the media ahead of this weekend’s race Hamilton admitted these and other things had made it a year to forget.

“I think 2016’s been a pretty terrible year for the world, really,” he said. “You’ve got Brexit, you’ve got [Donald] Trump getting the presidency.”

“And then I’ve had a close friend pass away and I’ve had all the different experiences this year. So it’s not really been a spectacular year.”

“But the best thing to do at the end of every year is to try to take the good things out of it, because there are always good things, and take that on with you and leave the junk behind.”

Hamilton said he hadn’t dwelled on the possibility of losing his title this weekend. “I’m here to enjoy my weekend and focus on trying to do the best job I can as always.”

However he is aware that without competition from Red Bull the chances he will be able to out-score Nico Rosberg enough to take the title are slim. “We’re going to need them to get involved,” he said, “otherwise it’s going to be a boring procession”.

“He was very instrumental in me getting that seat at McLaren in Formula One as he’d built a really strong relationship with Ron [Dennis] and Ron was of a mind to say that if Aki says you’re ready then I believe you’re ready, so Aki would take me through all these tests and he would look at me deeply in my eyes and like ‘yeah, you’re ready, I can tell’.”

“You hear about prisoners who have done the worse things who die happily in their sleep and then you hear about someone who is almost a saint like Aki, who would help, who would go to Ethiopia and help children and has helped so many people and affected everyone that he had met in a positive light. To have finished his life so early was definitely tough to see.”

“But coming here this weekend, whilst I have that fighting spirit in my heart from the last races I’ve done, I come here with almost double the power in the sense that I feel that I want to win this race more so for him. We were texting every single race through his battle and particularly the last race on Sunday. Whilst it’s an emotional time, I’m here to try and do him proud, do well for him as he had helped prepare and the belief he had in me.”

33 comments on “Hamilton on Trump and Brexit, Hintsa and the title battle: 2016 was “a terrible year””