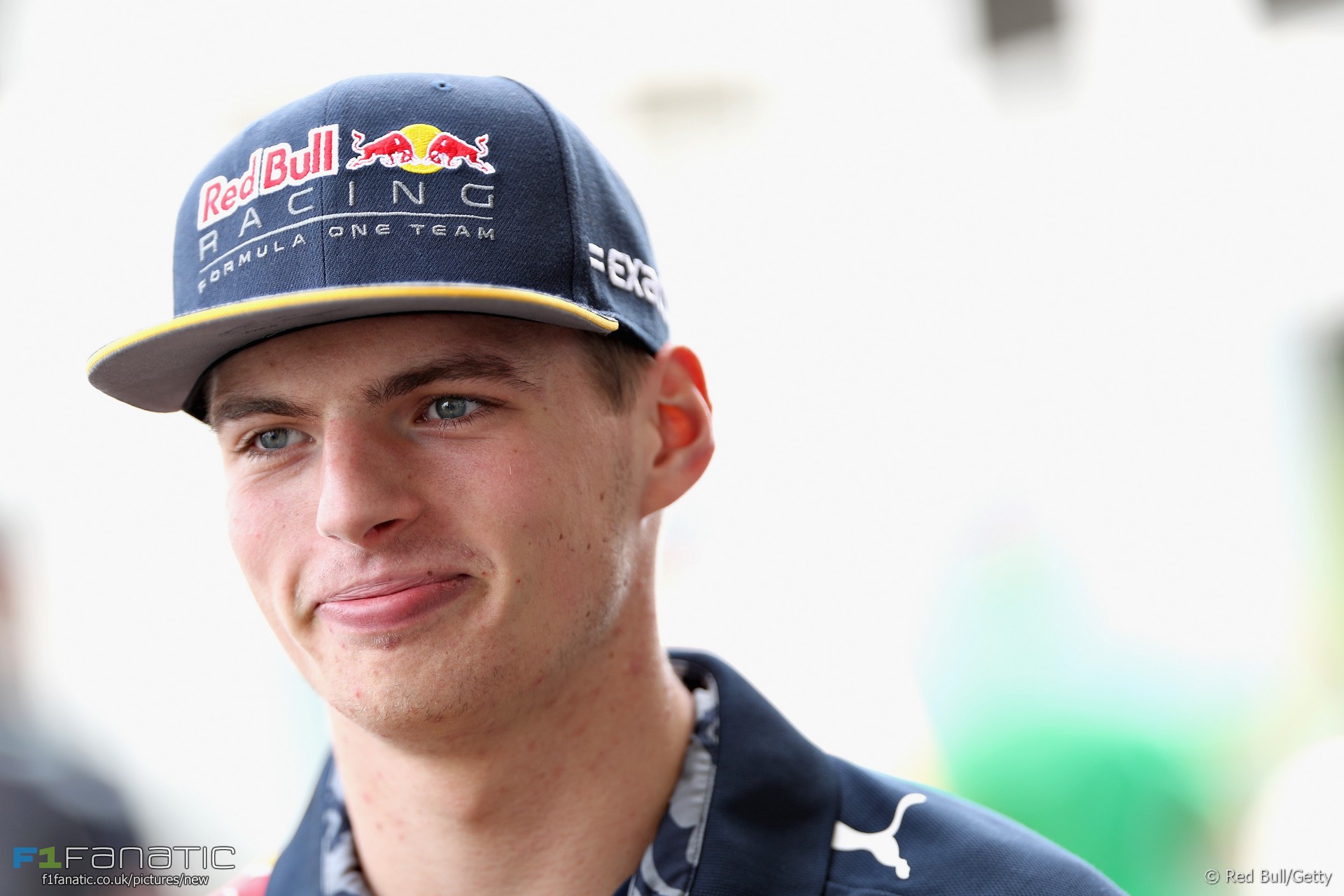 Hamilton needs to win Sunday’s race with Rosberg finishing no higher than fourth in order to clinch the championship. Verstappen believes that leaves Hamilton no option other than to get in Rosberg’s way.

“That’s his only chance to win the championship so why not?” Verstappen asked.

However Verstappen pointed out he would be just as keen to pass Hamilton as Rosberg. “It’s not something just for Lewis,” he said. “I’m always trying to do the best possible result for myself and the team.”

“When you see the opportunity, you go for it. Of course you never try to crash, you always try to do it in a very clean way and that’s for sure what we’ll try to do in the race.”

Yas Marina’s two long straight could put Red Bull at a disadvantage. “Of course at the moment their package is very strong,” Verstappen admitted. “But maybe with Lewis backing off and backing them into us, you never know what happens.”

Hamilton is sceptical about whether it would be possible to slow Rosberg down, saying it wouldn’t be practical given Yas Marina’s configuration.

Verstappen’s team mate Daniel Ricciardo also pointed out his championship position is secure so he will have nothing to lose if he finds himself racing the Mercedes.

“If something happens at the start or during the race we can be there to maybe capitalise,” said Ricciardo. “It’s going to be fun.”

“There’s nothing for us, or for me personally, to gain or lose. The position’s locked in the championship. So by no means I’m going to driver reckless or anything silly but sure I’m looking for some opportunities.”

10 comments on “Verstappen expects Hamilton to hold up Rosberg”