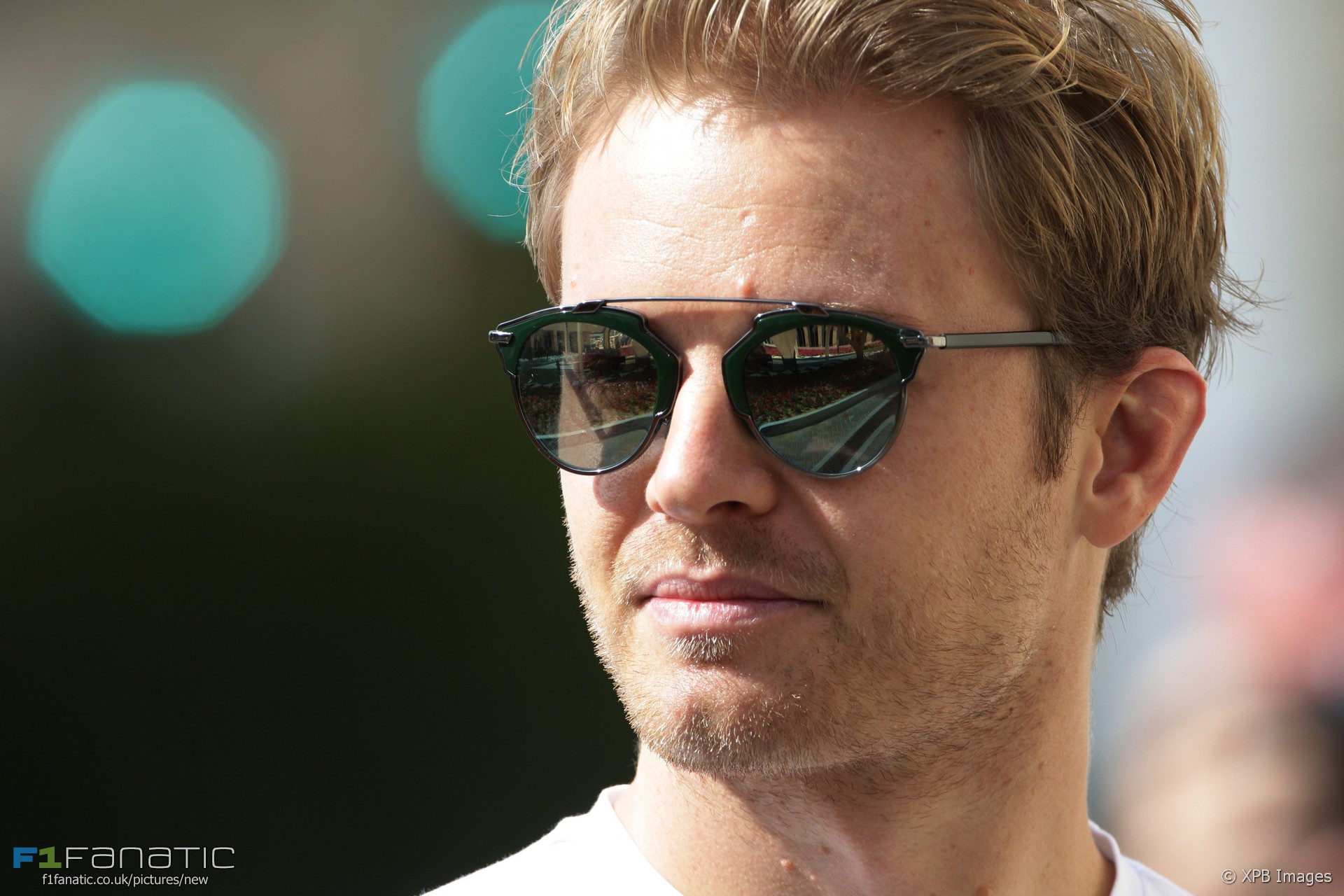 Nico Rosberg is expected to clinch the championship this weekend by a group of his fellow F1 drivers.

A panel of current racers participating in a new live feature broadcast by F1 on Facebook were unanimous in naming the championship leader as their pick to deliver the title.

“I think that Nico will win because a bad result for [Mercedes] is second,” explained Jenson Button.

“I think Nico’s got the easiest chance unless the Red Bulls or Ferraris can get involved, which would make it a much more fun race. Even if Nico does win the world championship I think it would make it fun, it would be a good final grand prix of the year.”

Red Bull’s Max Verstappen played down his team’s chances of beating one of the Mercedes. “I think at the moment their car is pretty strong so even if, like was said before, if they have a bad day it’s still second normally without any issues,” he said. “So yeah, will go for Nico.”

Both Ferrari drivers were also in agreement that Rosberg will win the championship. “I think Nico should make it,” said Sebastian Vettel. “He’s ahead in points, I don’t see how he can not win it.”

While admitting he didn’t care who wins, Kimi Raikkonen said whoever does win will be a deserving champion. “If they both finish the race with no issues I think it will stay in the same order.”

Felipe Massa said he would like to see Rosberg emulate the achievement of his father his father Keke.

“I think both deserve it,” said the Williams driver. “I think Nico will win, I think just for the history is nice because I mean his father was a champion, he will be a champion.”