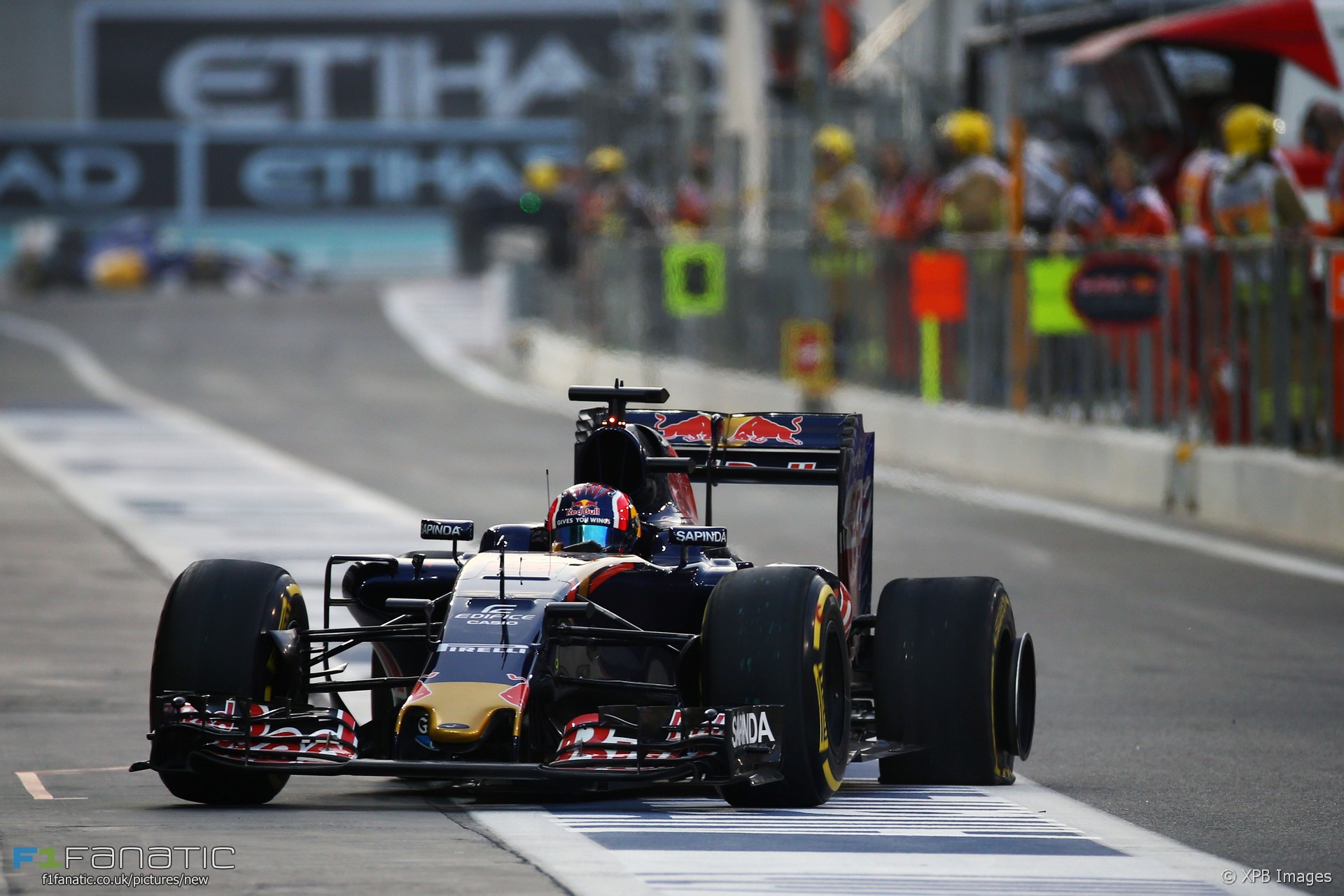 A wheel rim problem was to blame for the punctures which led Toro Rosso to abandon their running in today’s practice sessions according to team principal Franz Tost.

Daniil Kvyat suffered a left-rear tyre failure during first practice and a repeat failure during the second session. The latter occured at turn 16, as fast right-hander, causing him to spin off at speed.

Tost admitted the team haven’t got to the bottom of the problem yet but indicated they knew where it had originated.

“After facing two failures on the rear rim of Daniil’s car today it was decided to avoid sending Carlos [Sainz Jnr] out on track again because we still haven’t understood 100% where the problem is coming from.”

“We will now work hard tonight, together with the engineers back in Faenza, and hopefully we will sort it out for tomorrow.”

The punctures are the latest in a series of similar failures for the team. Sainz suffered two punctures during final practice at the Circuit of the Americas and Kvyat had a right-rear puncture at Interlagos during the second practice session.

Kvyat reacted angrily to his latest tyre failure today, telling his team on the radio “these punctures are starting to [censored by FOM] me off”. He covered just eight laps of running on Friday. Sainz, who was able to cover more ground in the first session, racked up 25. However the pair ended the day with only Force India and Manor’s test drivers beneath them on the times sheets.