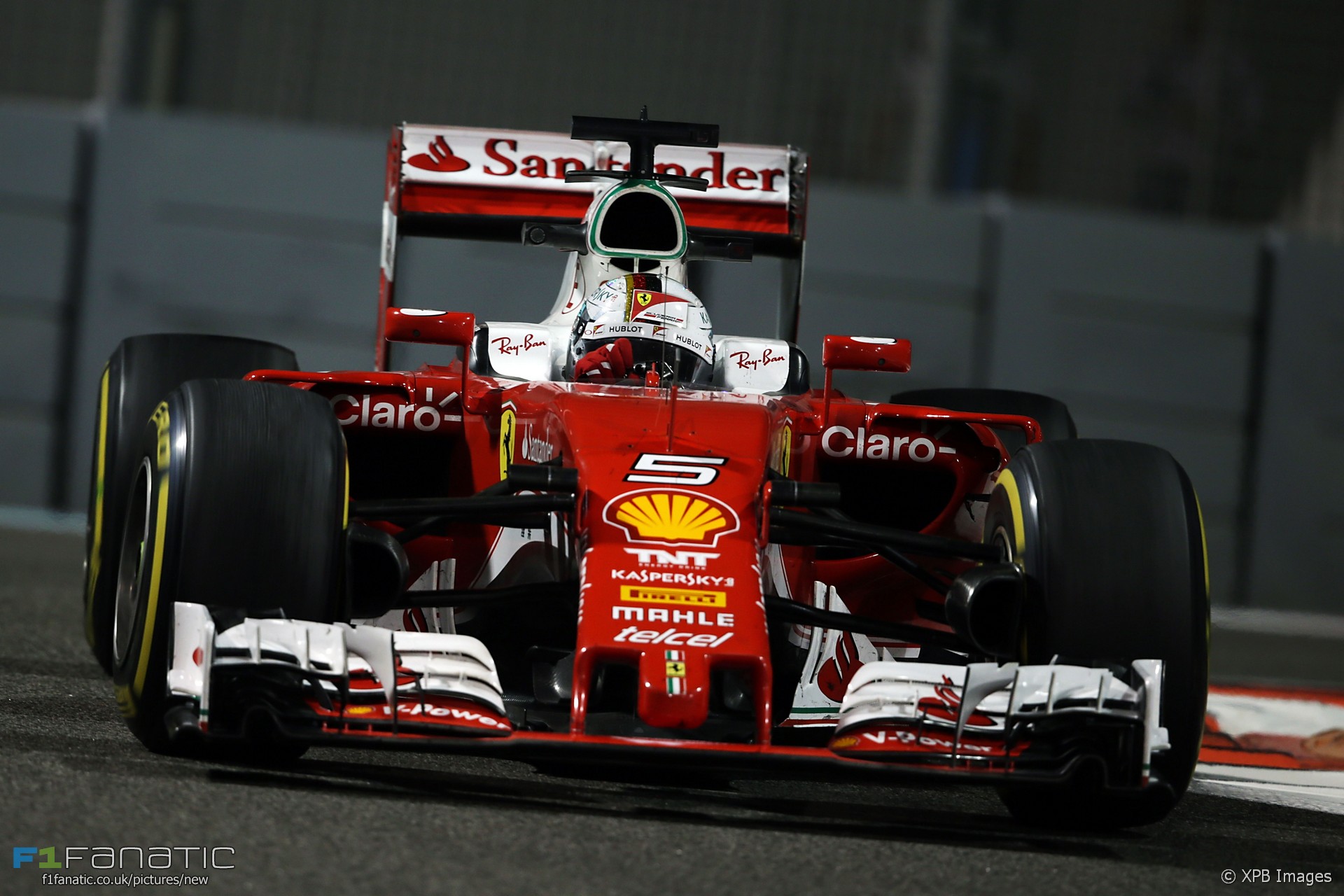 Ferrari has set its sights on beating Red Bull in tomorrow’s Abu Dhabi Grand Prix and believes Mercedes is out of reach, according to Sebastian Vettel.

Vettel was quickest in the final practice session before qualifying but wasn’t expecting to be able to take on the silver cars.

“After this morning we were expecting a bit more, not really to fight the Mercedes, but to beat Red Bulls,” he said.

“I don’t think we were any slower, but we didn’t get the lap together when it mattered, probably we were a bit on the aggressive side trying to anticipate the track conditions. For tomorrow it should be positive, for tonight it was a bit too much.”

Vettel said he was “not really happy” with his qualifying effort after taking fifth on the grid. “I was struggling a bit with the balance of the car to start with.”

“In the end it was good, but then in the last lap I had a bit of a messy last sector. I saw a bit of smoke from [Max] Verstappen ahead, enough to lose a bit of concentration.”

The Ferrari should be more competitive tomorrow, according to Vettel, but he doesn’t expect to be involved in the fight between the title contenders.

“The car feels good, we managed to improve it today,” he said. “Mercedes are a bit far away, but we hope to get ahead and be in front of Red Bulls tomorrow. We are on the softer compound, which should give us an advantage off the line and for the first lap.”