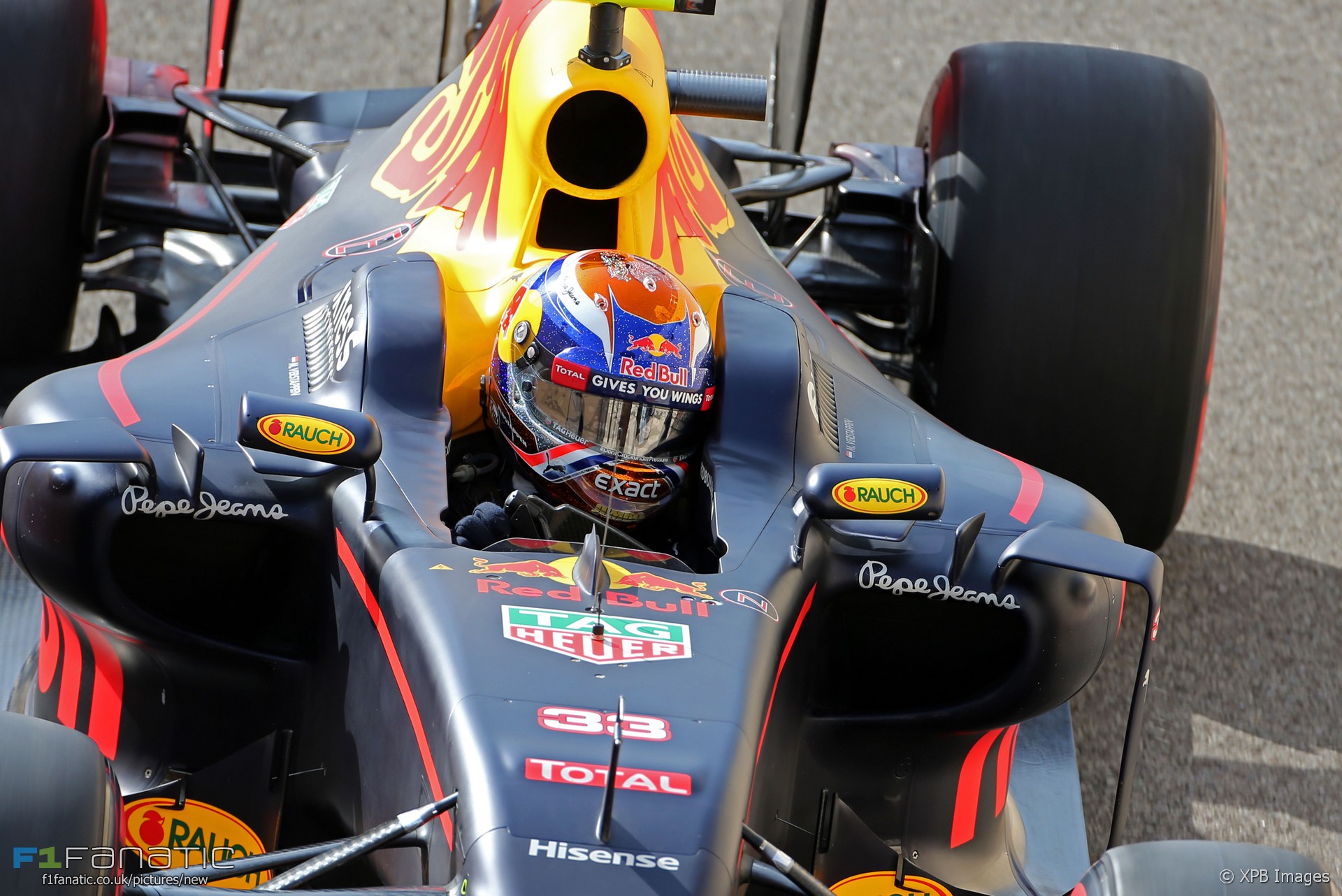 Max Verstappen says Red Bull had to try a different strategy for the Abu Dhabi Grand Prix to give them a chance to fight Mercedes.

Verstappen and team mate Daniel Ricciardo will start tomorrow’s season finale on super-soft tyres. The other drivers in the top ten including the Mercedes pair on the front row will use the ultra-soft compound.

However Verstappen believes their rivals will have to pit early on their softer rubber. “The ultra-soft is quite weak in the long runs,” he told reporters at Yas Marina.

“I did a long run in the morning which, with the temperatures way higher, the super soft was quite good. We’ll see tomorrow. We just tried something different. If you do the same tyres, for sure you’re just following and that’s not what you want.”

Verstappen said he was unhappy with his qualifying performance. He qualified sixth having been fourth in Q2. “I have to go forward,” he said.

“The pace was there all weekend [but we] are starting actually last of the top three teams. Definitely not happy but for sure it will be an interesting race tomorrow.”

Ricciardo will start the race from third on the grid with the two Ferraris separating the Red Bull pair.

10 comments on “We had to try something different – Verstappen”