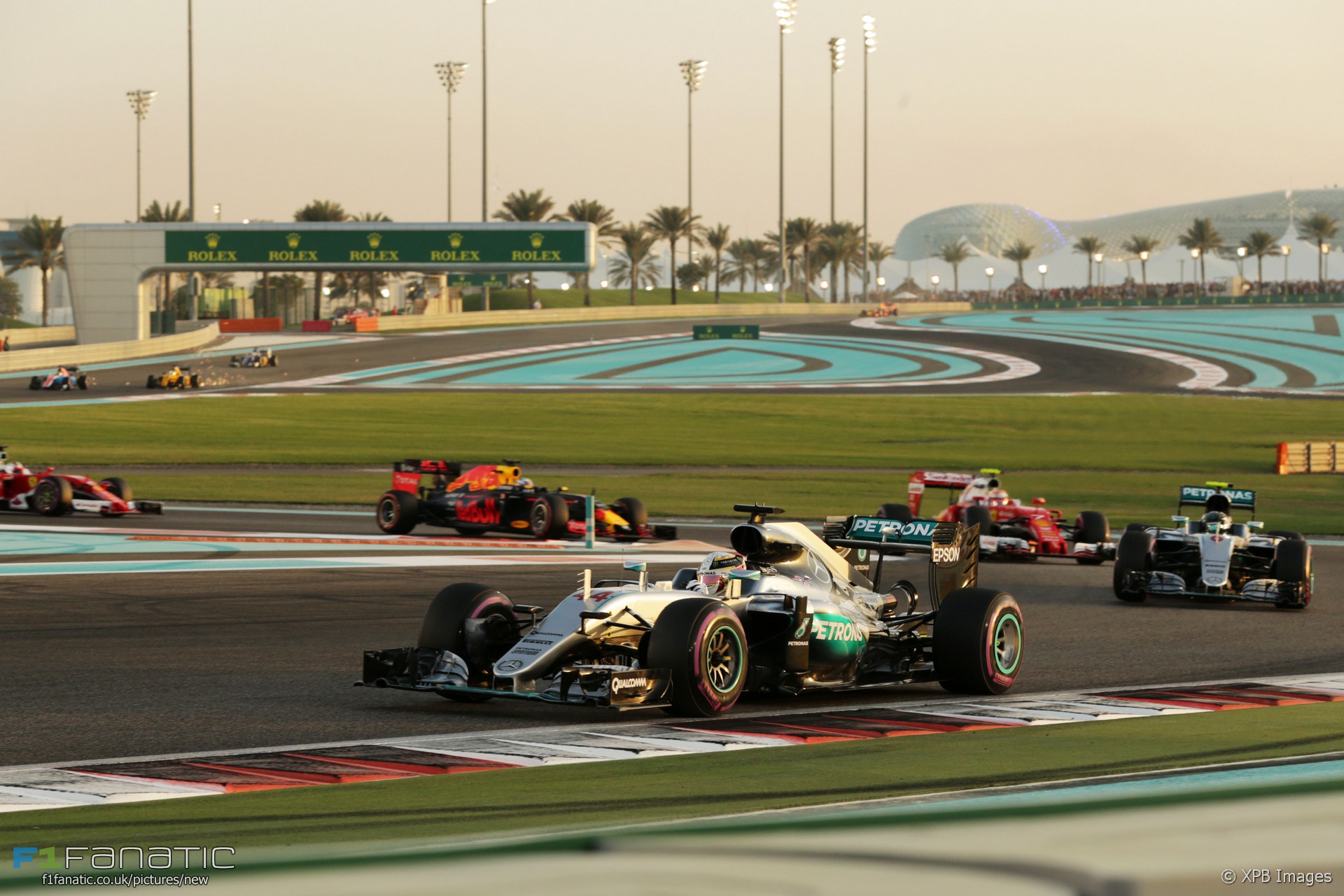 In the round-up: Christian Horner says Mercedes were naive not to expect Lewis Hamilton would try to hold up Nico Rosberg.

"It was naive to think there would be any different approach to this race with what’s at stake. Lewis drove a tactical race. He didn’t do anything dirty."

Rosberg didn't expect Hamilton to back him up (Autosport)

"I wasn't expecting it, no. Maybe that was a bit naive but I didn't expect it."

"This is something I will keep internal. I just need to form an opinion, which I haven't yet."

"I took a big sip from my beer and thought ‘oh this is going to get hot’!"

"He couldn't really see me. I tried everything to avoid him, but it didn't work."

Rosberg looks tense on the Drivers' Parade truck. He changed location after Hamilton stood next to him and soaked up fans' cheers #F1

Nice work @LewisHamilton for not making it easy for Nico, this is Formula 1 and Lewis did everything within the sporting code. That's racing

Bit mean of Coulthard to basically tell Rosberg he's not officially the champion yet. Sounds like a killjoy FIA PR line. #F1 #AbuDhabiGP

And finally…I would like to dedicate this title to someone who was really close to me and leaved this world more than 1 year ago. #Julio❤️ pic.twitter.com/KLuZqLGyvP

Over-rate in cricket. Running clock down rugby/soccer – all legitimate strategies that ruin the spectacle. Lewis made F1 better to watch…

Amusing to rediscover this candid view on Rosberg's driving from Hamilton in 2012: https://t.co/GiJ8Yx6iQs #F1

DC @therealdcf1 was completely right to say that it is a nonsense #F1 cannot crown the Champion on the podium. Hugely missed opportunity

After watching the last laps of that race! @nico_rosberg you had some pressure from behind 😁😁 more than deserved champion! Enjoy that party👍

Never knew Nico had a title in him. Sounded a defeated man in February but knuckled down. Yes reliability played a part but he's the champ.

My preferred approach to engage fans? Release all the GPS data. We can all see eachother's anyway. Why not? #F1

Complaints about Hamilton being 'unsportsmanlike' are utter drivel. Go watch formation crochet if you don't like it. #F1 #AbuDhabiGP

A Hamilton fan gives credit to Rosberg for his victory:

It hurts watching your favourite driver lose out on the world championship, but all I can say is congratulations to Nico Rosberg.

It’s hard to accept when you see Hamilton win ten races and score more poles and still lose out, when he was the only one to lose a certain victory when his engine failed in Malaysia. Hamilton had a few scruffy moments, like some of the starts and Baku qualifying, but I think he also performed well enough to be deserving of the title. Still Rosberg is a driver that I admire, he does a fan video after every race regardless of the outcome, and has shown such resolve. Consistency helped him, yes, but he has proven to be blindingly quick too.

Both have shown what it takes, and at the end of the day, points mean prizes and we can only have one champion.

Well done Rosberg and well done Hamilton. Two fantastic drivers. I look forward to seeing you mix it with your rivals next season as two worthy champions.
@3dom

Nico Rosberg beat Lewis Hamilton to pole position for the final race of the season last year at Yas Marina:

106 comments on “Mercedes naive not to foresee Hamilton tactics – Horner”