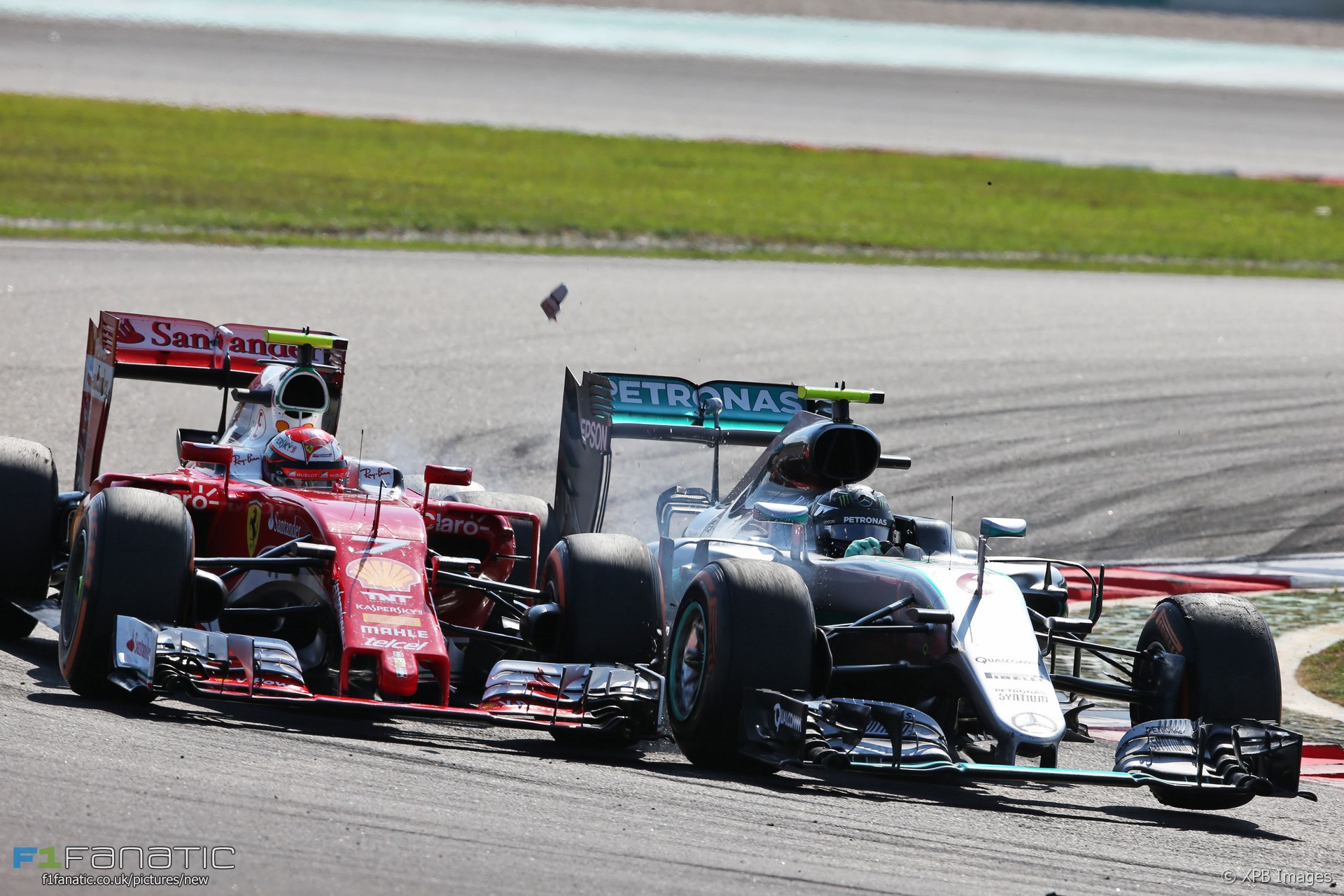 In the round-up: Kimi Raikkonen offers his opinion on the championship outcome.

"He scored more points, so I don’t understand why he wouldn’t deserve it. They had the same car, Lewis and him, and he came out on top, so fair play, he was better this year."

"This year, clearly, Malaysia cost Lewis the championship. It's clear."

"I think he (Hamilton) can be a little ballerina. Toto Wolff and Niki Lauda are not stupid people, and neither is the Mercedes chairman who often comes to grands prix."

"The name Azerbaijan GP is still not confirmed but we want it changed."

Sainz: I would have done the same in Hamilton's position (Motorsport)

"I would do it. When you are a winner and you want to win a world title, you always have to try everything you can – always inside the rules, like he did."

"I really don’t get why people are complaining about Hamilton’s tactics because in my book it was a brilliant grand prix."

"While details have not been announced, the deal is reportedly worth $US72 million ($A96 million), slightly less than the $US26.5 million ($A35.5 million) per year Ecclestone had requested."

"Star designer Rory Byrne is playing a greater role in Ferrari's technical department ahead of the 2017 season."

"The last couple of races, especially the last one, that's not the real Nico. The pressure slows you down."

"Lewis Hamilton has pulled out of a test aimed at finalising tyres for next season because he was feeling unwell."

Rosberg 'partied until 9am' after triumph (F1)

"All of a sudden it's become one of the biggest things I'm talking about – half of every interview is about my dad. I used to hate it, but now I'm loving it, because one of the most emotional things for me was that I managed to achieve what he achieved."

"We all know him, actually, but until the deal is actually signed it seems that no-one wants to say the name Tavo Hellmund out loud."

"It’s not the same kind of pressure. The pressure is there if there’s a chance of you not having a career out of it which is not really a risk for him."

"The fact Ecclestone saw the need to fire the first salvo hints at his weakening position. And I’m sure Singapore would know how and when to call his bluff. "

"I have an idea which will change everything. If Lewis Hamilton qualifies on pole, then his team mate starts at the back."

The @LewisHamilton controversy is ridiculous. Tactics is a part of racing as much as anything else – happens in other sports all the time!

So the time has come to change my Twitter profile from F1 driver to racing driver! 😉 https://t.co/qCdsJtYLxF

Advent calendar dovetailing nicely with key release dates. On the 4th day of xmas my workplace gave 2 me, an early shift in the wind tunnel!

@Glennb has a novel take on the controversy over Hamilton’s tactics:

Yes his tactics were right for him at the place and time. There was a drivers’ championship on the line and he had very few options available to him to win it. He did not break any rules nor did he cause any accidents. He drove slowly yet cleanly. He is in this business to win.

Having said that, I believe he should have followed the direction of the boss when told to get on with it (more than once). He doesn’t own the car nor the team. He is paid to drive the company car and follow the directions of the owners, or their representatives. He was wrong to continue with the tactic at this point. I would have boxed him.
@Glennb

208 comments on “Rosberg was better than Hamilton – Raikkonen”