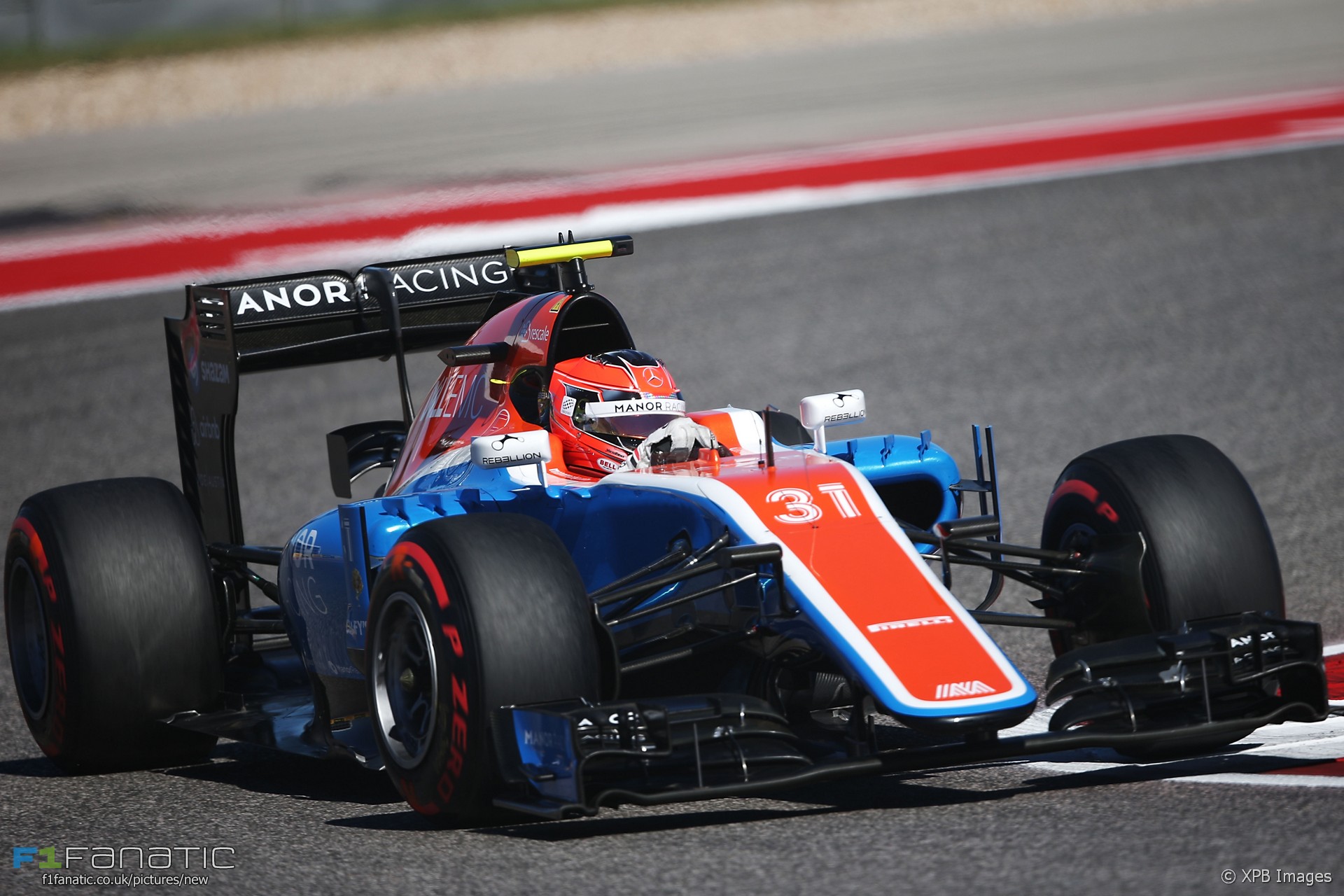 It’s hard to draw much of a conclusion on Esteban Ocon’s Formula One career so far. It’s only consisted of nine races in a car which was only on the pace of the others on its better days.

Unsurprisingly after being plucked from Mercedes’ DTM squad he wasn’t on terms with Pascal Wehrlein on qualifying at first. But given the scale of the challenge facing Ocon he deserves praise for the first Manor driver home on half of the six occasions both were running at the finish.

The most striking of these was in the rain at Interlagos where Ocon was only ejected from the top ten with two laps to go while his team mate had already slipped back in the dreadful conditions. Ocon was one of few drivers experimenting with the same wet weather lines as Max Verstappen, though he was doing it in a car with much less downforce.

In Abu Dhabi the chips were down for Manor having lost tenth in the championship to Sauber. Ocon led the charge in the race, going wheel-to-wheel with Felipe Nasr. That ended in contact, and before the race was over Ocon had also ‘traded paint’ with his own team mate, who he beat to a strong 13th.

There’s no love lost between Ocon and his fellow Mercedes junior driver – even less so since Wehrlein was passed over for a promotion to Force India. Wehrlein impressed more throughout 2016 but he had more than twice as many chances to impress. Ocon’s rate of improvement at the end of the year suggests an exciting future lies ahead.

He had a great ‘half’’ season and sometimes quicker than Wehrlein, but still to early to judge.
@Deongunner

What’s your verdict on Esteban Ocon’s 2016 season? Which drivers do you feel he performed better or worse than? Have your say in the comments.

Belgium – Admitted his first F1 qualifying session had been “tough” after Wehrlein beat him by half a second. However he kept it clean in the race – something many of his more experienced rivals failed to do – and beat Nasr’s ailing Sauber. With his team mate out there was little to judge him on besides the fact he was the one who brought his car home.

Italy – Utterly luckless as his car stopped in practice and again in Q1, leaving him at the back of the grid. He did ran a long stint on mediums at the start of the race but slipped to the tail of the field and was lapped twice.

Singapore – Didn’t get to grips with Singapore as well as Wehrlein on their first visit to the track and was comfortably out-qualified by his team mate. In the race he was penalised for overtaking under the Safety Car – a big no-no – and his pace was quite a bit slower too.

Japan – Also had his first experience of Suzuka but enjoyed a smoother weekend. Nonetheless the Manor didn’t appear to have the pace to challenge the other cars, consigning him to 21st.

Malaysia – Took advantage of his team mate’s problems to beat him in qualifying, then made a brilliant start to briefly hold seventh. It all started to fall apart when he put the hard tyre on and struggled for pace, then picked up two penalties for pit lane speeding.

United States – His final run in Q3 was compromised by a sticking wheel nut which delayed his exit from the pits and forced him to run a hard out-lap, spoiling his tyre preparation. He started the race on the mediums and found it a struggle, eventually pitting after just 17 laps. He’d also picked up some damage and pitted twice more by the end of the race, finishing a distant 18th.

Mexico – A difficult Friday left him with a lot to do in the Saturday morning session. A problem was identified with his car’s handling and Wehrlein beat him by half a second in qualifying. He was unable to overcome those problems in the race and finished a distant 21st.

Brazil – Dropped back to last on the grid by a penalty for impeding Palmer. However in his eighth grand prix – and first wet one – he gave a fine account of himself and only dropped out of the points places two laps from home. Staying off the intermediate tyres helped and it was striking that Verstappen’s former F3 rivals was one of few other drivers exploring the outer edges of the track in pursuit of more grip.

Abu Dhabi – After sitting out first practice so Jordan King could drive Ocon pipped Wehrlein to the team’s quickest time. But in qualifying he was another driver who was stumped by the ultra-softs, unable to find more time from them. “I was standing still and my team mate and everyone else was improving,” he lamented. The race went better as he moved up to 11th at one stage but contact with Nasr damaged his front wing. Given Manor’s championship situation the move was a risk worth taking.