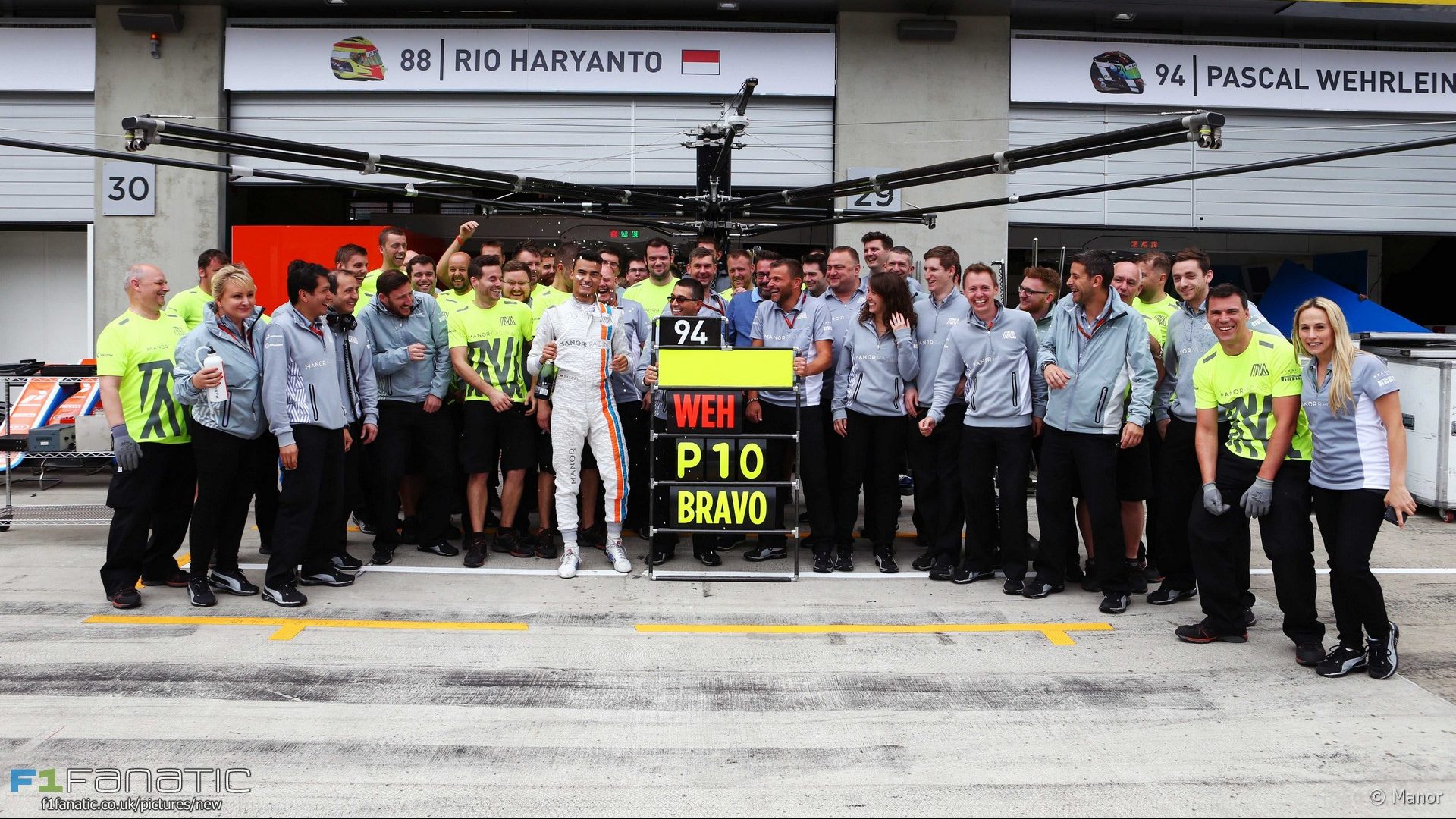 Manor made a huge leap forward in 2016 but their season ended on a slightly sour note as they fell to last in the constructors’ championship with two races to go.

Having almost disappeared from F1 entirely at the end of 2014 the team spent the following season in a kind of limbo, plodding along with their old chassis and an outdated Ferrari engine. But for 2016 a new chassis and a switch to the latest-specification Mercedes hardware propelled them into the midfield.

Manor slashed their average deficit to the next-slowest car from almost 3.5% to under 0.3%. That was close enough for them to regularly race the likes of Sauber and Renault. At tracks which particularly suited the MRT05 the team could even target the points.

“There’s been a lot of work gone in,” explained owner Stephen Fitzpatrick. “We’ve really built up the resources of the team this year, we’ve moved to a great new facility; the wind tunnel facility at Mercedes and that’s led to a big step forwards in our aerodynamic development.”

At the Red Bull Ring the stars aligned. This was one of few circuits Pascal Wehrlein already knew from his DTM career and he put the knowledge to excellent effect, qualifying twelfth and snatching the final point, elevating the team ahead of Sauber in the championship.

As well as being significantly quicker, Manor also enjoyed much better reliability. Austria was their only score of the season but Esteban Ocon (who replaced journeyman Rio Haryanto at mid-season) came within two laps of adding more at the soaked Brazilian Grand Prix.

The Red Bull Ring payday allowed Manor to broaden their horizons. “I gave the team quite clear instructions this year they were to focus as much of their efforts as possibly on the 2016 programme until we were able to put some points on the board and try to secure tenth place,” said Fitzpatrick. “From Austria onwards the team have been working exclusively on the 2017 programme.”

But in the second half of the season Sauber became a growing threat and at Interlagos Felipe Nasr took ninth place. That knocked Manor out of the championship top ten – a development which potentially cost them millions of pounds in prize money.

Fitzpatrick admitted that was a “real disappointment” for the team. “I think they’ve worked incredibly hard for the last 18 months since the start of last season without much reward and it looked like we were heading for a tenth-place finish which was a big step forward for us.”

It was a poorly timed development with a potential new investor waiting in the wings. However Fitzpatrick said finishing last in the championship was “not a deal breaker” for the talks.

“One of the things I was quite clear on, right from the start, was that I accepted that in the current F1, money equals performance, so anything that was going to bring more funding to the team and help the team develop and progress I was very open and if that meant bringing another investor, even a majority investor, that was something I was happy to do.”

Fitzpatrick said the team have “agreed terms with an investor” but final confirmation of the deal has not yet appeared.