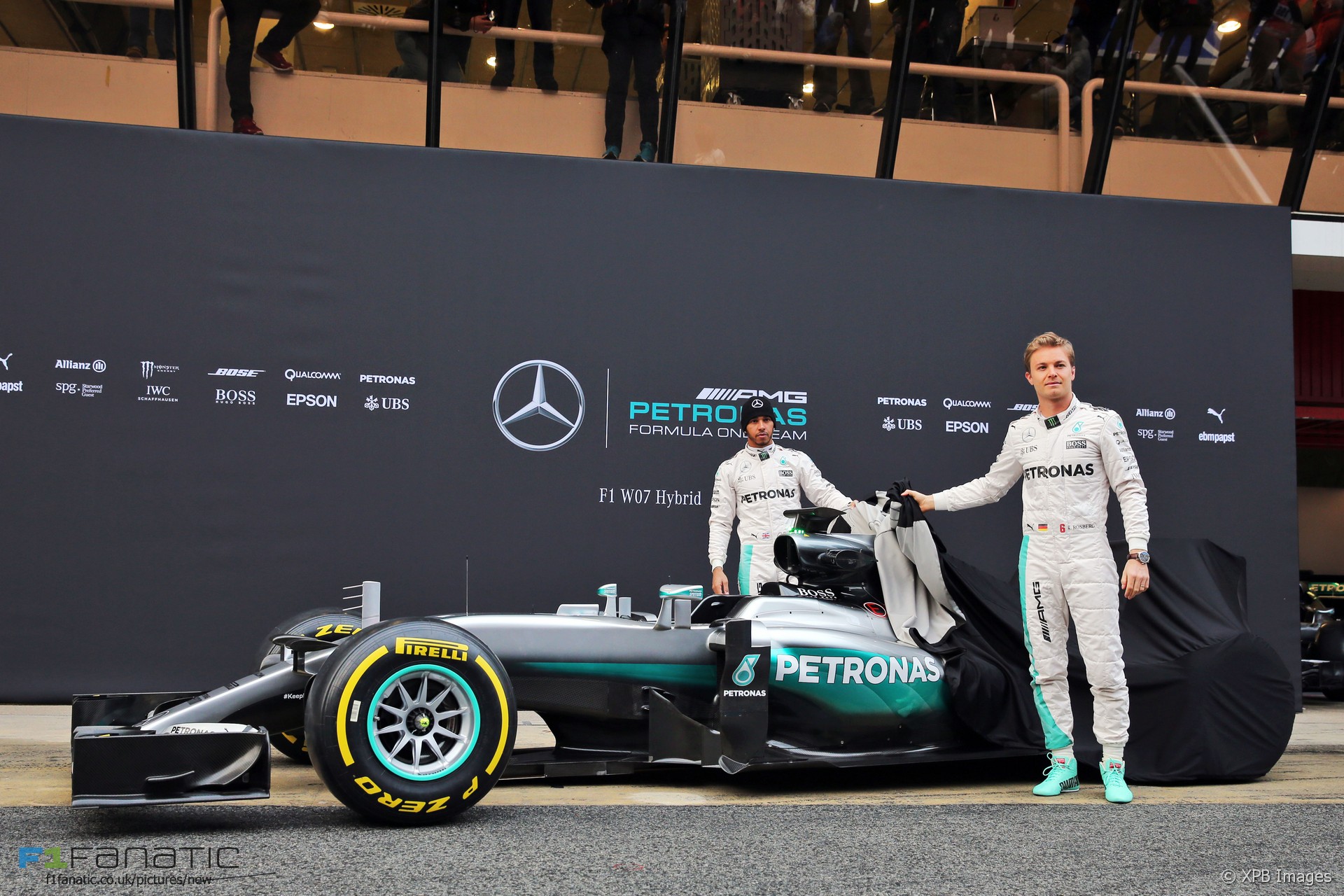 Mercedes have revealed the launch date for their 2017 F1 car.

The world champions announced on their website they will “unveil the beast to the world on Thursday 23rd February”. The new car will be dubbed the W08 and the launch will take place at Silverstone.

The W08 is widely expected to be another championship contending machine from the team which has comfortably won the last three F1 constructors’ titles. Its standard-setting power unit has helped them win 51 of the last 59 races thanks to their substantial performance advantage over the rest of the field.

However the identity of one of the team’s drivers for the forthcoming season remains in doubt following world champion Nico Rosberg’s abrupt retirement at the end of last year.

Valtteri Bottas has been tipped to be named as Lewis Hamilton’s new team mate. However his move may not be announced for some time due to complications surrounding his contractual situation. Bottas was due to drive for Williams this season alongside newcomer Lance Stroll. Felipe Massa is expected to return from retirement to take his place.

The only other team to have confirmed the launch of its new car is Ferrari, which will reveal its 2017 contender on the day after Mercedes. Official pre-season testing will begin at the Circuit de Catalunya on February 27th.

Get all the 2017 F1 race, test and launch dates on any device using the F1 Fanatic Calendar