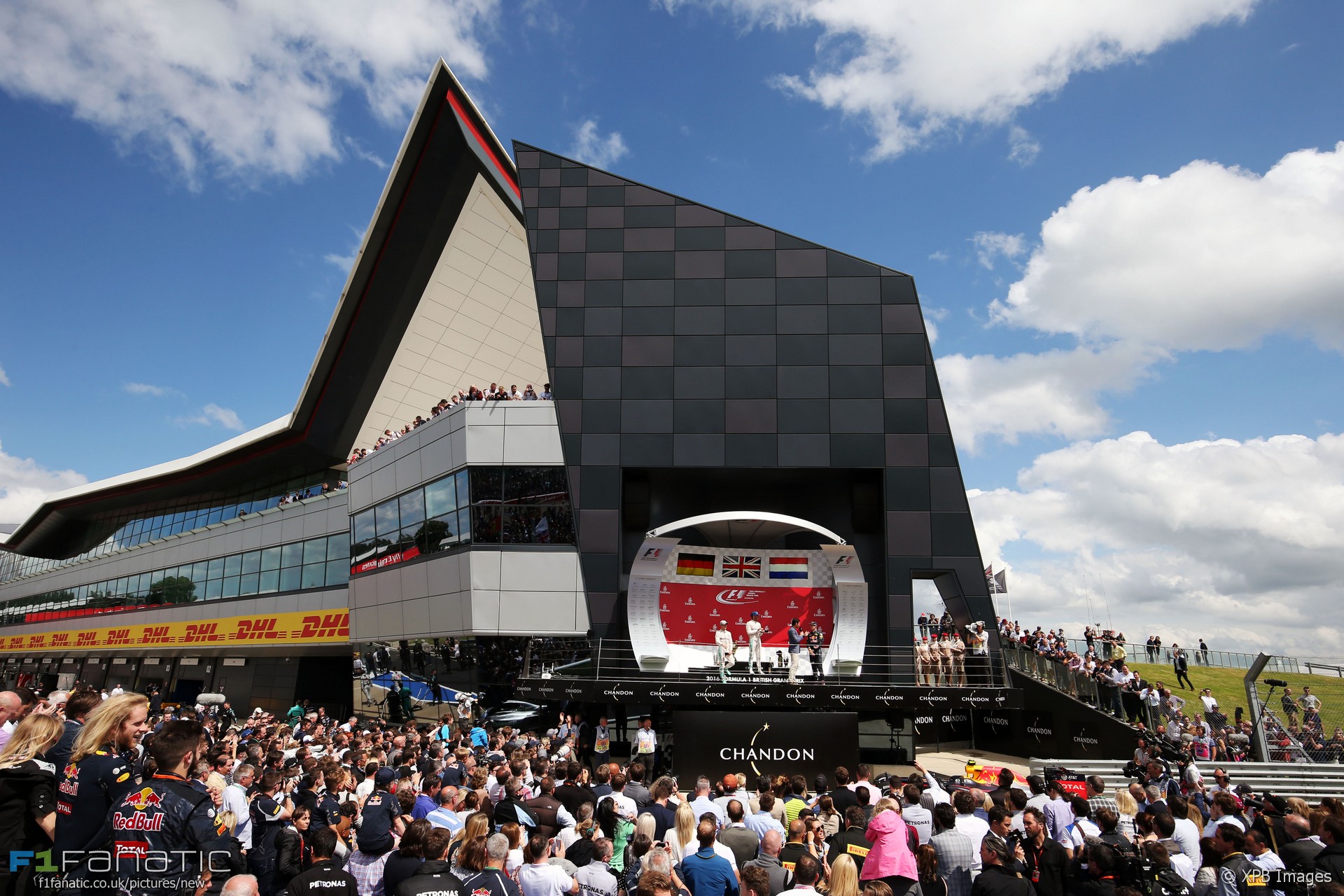 In the round-up: Silverstone could activate a break clause in its contract this year which leaves it without an F1 race after 2019.

"Among other alternatives, the Board is considering whether we should give notice before the 2017 BGP (as required) of our intention to exercise the break clause in the BGP contract at the end of 2019."

"If he is anywhere near as good as his father, why not? It would be good for Formula One if the name Schumacher was with us again."

"Too many Italians are working for the team at the moment. I have nothing against Italy, but to have a firm rule within a team doesn't run in Italian DNA."

"It makes more sense to divide the race into two sprints. Two times 40 minute racing is more attractive to a TV audience than a boring grand prix."

"The future of the race, however, was a concern for the 1,002 Singaporean respondents to the survey, with 57 percent keen for it to continue beyond this year."

"The reason for not doing GP2 is that F3 is a very high level, and if the opportunity for Formula One arises nothing prepares you for Formula 1 like actually competing in Formula 1."

"In Hungary last year, the German manufacturer sampled a new, downsized front heave element but kept it away from prying eyes by hiding it with a carbon cover. At Red Bull, one could catch a glimpse of the inerter, but not when the element was being set up as mechanics always made sure to block the view."

"What we mean by that is that engineers define a corner as a point on the track where the driver has to lift and essentially drive and handle the car through it; if he’s going round a bend, and his foot is flat to the floor on the accelerator, we class that as a straight."

"The former England captain is said to have shouted at Mr Dennis over his 'rude' comments when he took over seats reserved for the Beckhams and chef Gordon Ramsey and his family on New Year's Eve at the One and Only Reethi Rah resort in the Maldives."

"(On Yas Marina) when you start from scratch designing a modern track there should be no reason to include chicanes. It’s amazing and frustrating that this trend keeps on going on almost every modern race track being built today."

New helmet design ready, winter training going on flat out… getting everything ready for the 2017 season 💪#r8g @F1

A simple explanation for F1’s struggles in the USA:

The only races that are shown on free-to-air channels are Monaco, Canada, USA, Mexico and sometimes Brazil and Britain. The rest are shown on pay television and because the rest of the GP’s (other than the ones I mentioned) particularly the ones in Europe start at 2pm local time, the live races over here start at 8am if you live on the East coast (New York, Washington, Miami) and 5am on the West coast (Los Angeles, San Francisco, Las Vegas)- and sometimes, there are re-runs of the commercial/advertisement littered races later in the day. And as for the Far Eastern races, take four to six hours (depending on start times) off those times I mentioned.

The average working American works 40 hours a week and does not want to wake up early on a weekend watch a grand prix when they can watch IndyCar or NASCAR at 11am-2pm local time. These are really the two reasons why F1 has not caught on in the USA.

Only the most dedicated F1 fans in the USA (of which there are a very small percentage, if you divide that number by 320 million).
Mfreire

On this day 20 years ago the FIA made it mandatory for F1 cars to carry onboard data recorders, referred to as ‘black boxes’, to assist in understanding crashes.