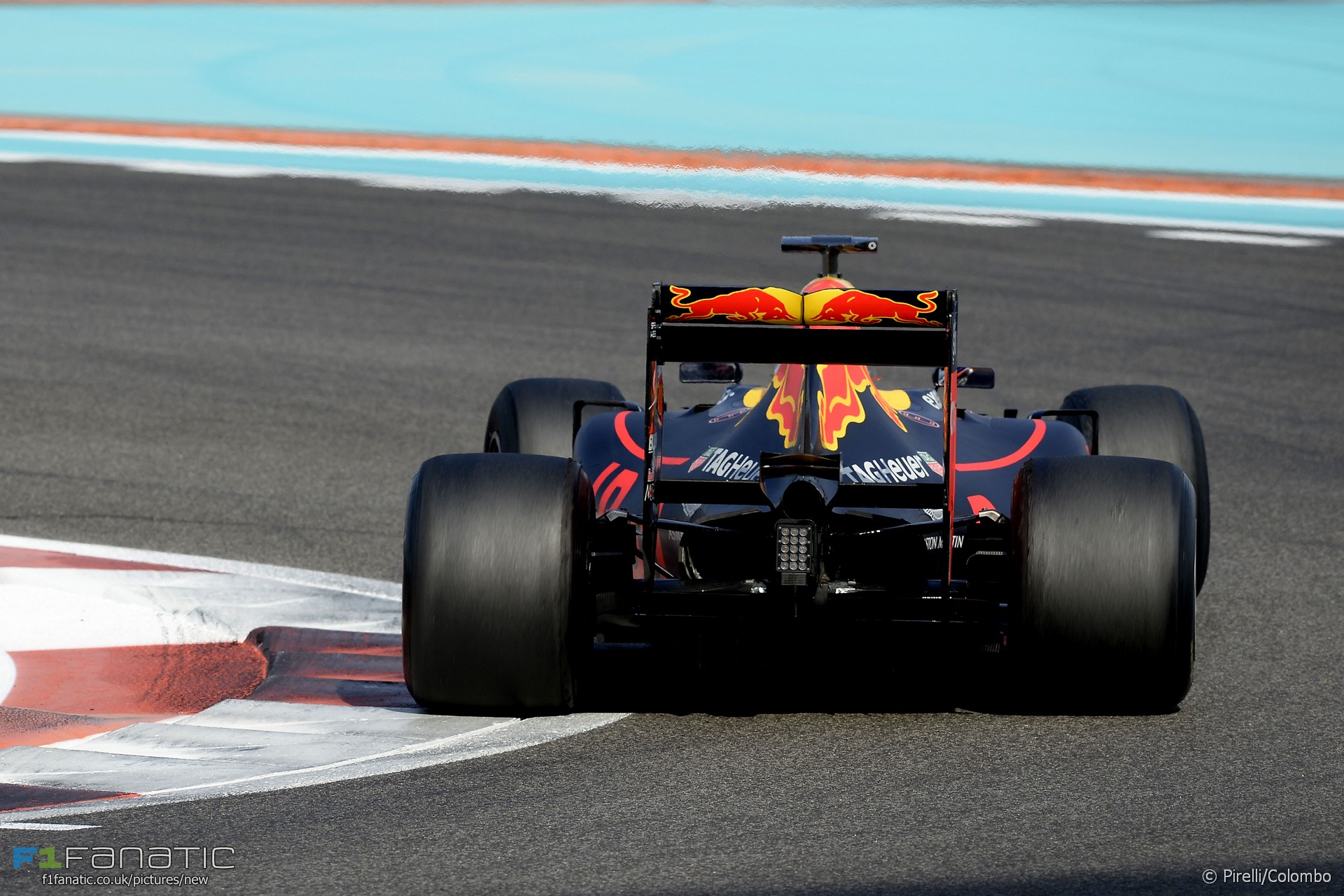 This year’s cars will have wider wings and more powerful aerodynamics, prompting fears drivers will be unable to race each other closely due to the increased turbulence.

However Hembery says the combination of more durable tyres and the aerodynamic changes should mitigate that problem.

“The package of aero that’s coming for this season is intended to reduce, if you like, that impact,” said Hembery at the Autosport International show.

“The tyres themselves, we’ve made them so there’s less thermal overheating of the surface and the idea of that is you’ll be able to push harder if you’re trying to overtake somebody.”

“So between the two the intention is that should be sufficient to give us stronger overtaking.”

“You’ve got a 25 percent increase in the width of the tyre so you’re going to say at least 25 percent [more grip], because we’ve also changed a lot of the technology in the tyre itself,” he said.

“The objective we had, as a package between ourselves and the car, was a five second a lap improvement compared to Barcelona in 2015. You saw last year maybe a two, two-and-half second improvement already. So I think we’re going to get very close to that very early on.”

“We’ll start beating lap records that have stood since 2003 when we had refuelling and everything was quite open and free,” said Hembery. “We’ll be going back and beating records with cars that actually weigh 180 kilos more than those days. The performance is substantial and the cornering, 1G more in corners, these are big numbers.”

However Hembery warned fans can expect to see fewer pit stops during races this year.

“We feel that the overheating aspect will be such that [there will be] less degradation, probably fewer tyre changes. That wasn’t the brief the first time around, we were asked to basically not go quicker in corners, create thermal challenge, create a challenge. Now we’ve almost moved in the opposite direction where it’s less thermal degradation, more stability.”

“The problem we’ve got is we’ve been testing with cars that are five seconds slower than what we’re actually going to see in a few weeks’ time in Barcelona. And that for the compounding aspect is a bit of a challenge for us because it’s a very small window that we’re working with. If the numbers aren’t what we’ve been told they’re going to be than we might have been a little bit conservative.”