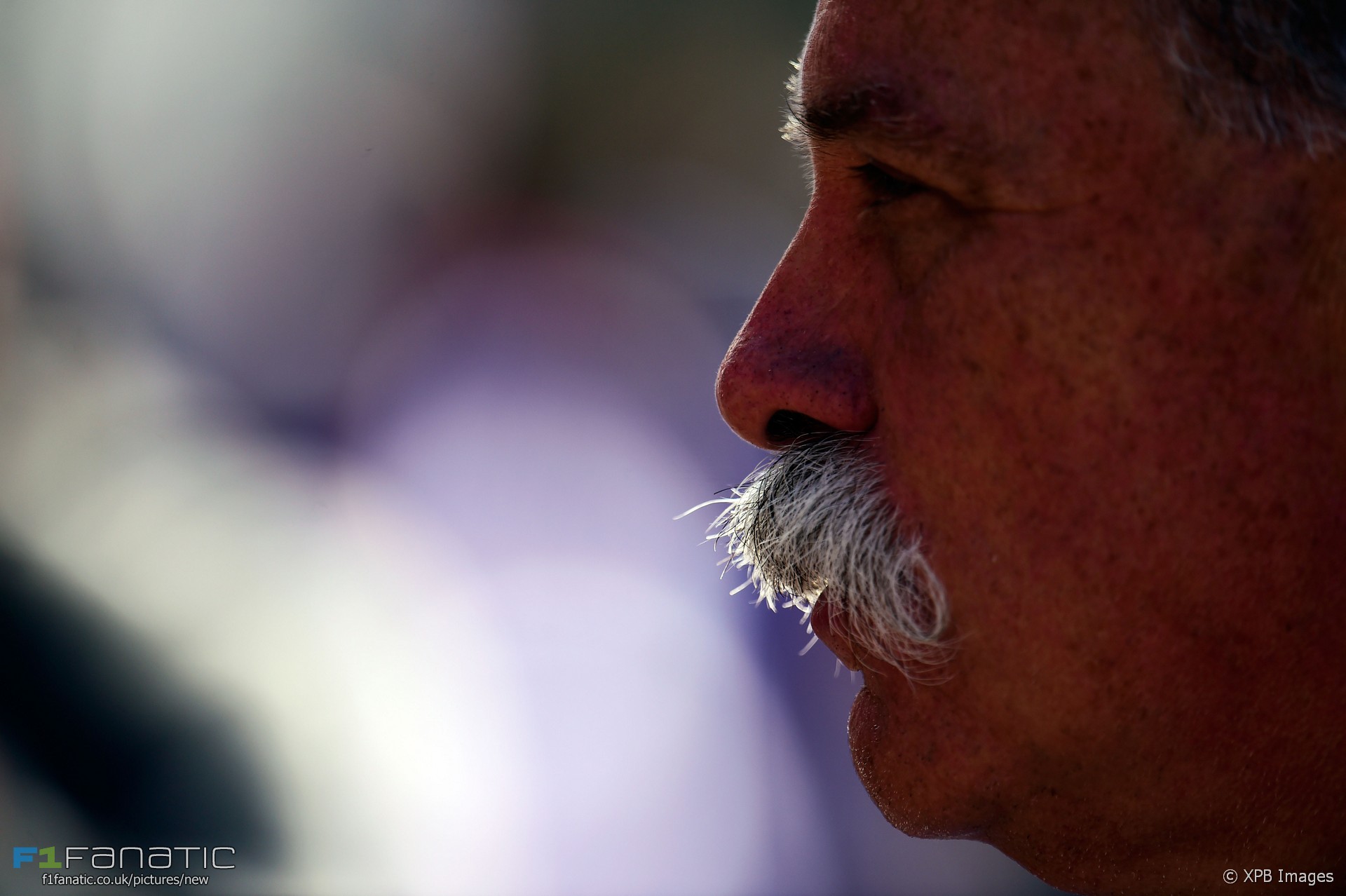 The American media giant has already indicated its plans include greater use of digital media, hosting more races, increasing sponsorship and growing the sport in new markets. Expanding the calendar aside, there’s not a lot to take issue with there.

But what about the pressing question of how to make the F1 field more competitive given the huge difference in wealth between the front and rear of the grid? Here Liberty’s plans could be described as optimistic at best: they’ve put the idea of a budget cap back on the agenda.

A budget cap has been pushed on several occasions over the past decade and was last dropped three years ago. The theoretically simple idea of capping how much each team can spend has an undeniable appeal. But is it a realistic solution? Surely not to anyone familiar with a few of the biggest headlines from the past 12 months.

Let’s begin with the automotive industry, which throughout 2016 continued to feel the aftershocks of ‘Dieselgate’. Volkswagen Group, whose brands include Audi, Seat and Skoda, was discovered in 2015 to have been cheating on their emissions test for years.

Their means of doing this was a piece of cunning, F1-esque engineering. Volkswagen Group’s diesel engines were configured to detect when they were in a testing environment rather being driven on the road. This done they would alter their settings accordingly, producing reduced emissions for the benefit of the test which were around 40 times lower than the cars created on the road.

Meanwhile in the sporting sphere, Russia’s systematic evasion of anti-doping rules for its athletes displayed similar cynicism and ingenuity.

Supposedly ‘tamper-proof’ urine sample bottles were re-engineered so they could be defeated. At the 2014 Winter Olympics, held in Russia, bottle of contaminated urine were exchanged for clean ones via a secret hole at a testing laboratory. The home team duly swept the medals table.

These two cases strike close to home. That laboratory was in Sochi, home of the Russian Grand Prix. The Dieselgate net has already spread wider, ensnaring Mitsubishi, and may yet claim two F1-linked manufacturers: Renault plus Ferrari owners Fiat/Chrysler.

It would be comforting to believe the participants in our favourite sport would be above this kind of behaviour. But Crashgate, Spygate and the rest have taught us not to be so naive. Don’t believe your favourite F1 team is above breaking the rules? Remember how beloved Lance Armstrong was before we all knew about EPO, Andriol and the rest.

Some would dismiss these as being irrelevant to Formula One: Isolated cases of wrongdoing in specific and very different circumstances. But that would be foolish. The lesson we should learn is that cheating is inevitable when the reward is high enough and the obstacle is low enough.

Dieselgate and the Russian doping scandal demonstrated how the financial or reputational gains of winning was sufficient incentive for participants to go to great lengths to outwit the technological obstacles to cheating. Formula One offers a similarly high reward. And with a budget cap the obstacle to cheating would be so low you could trip over it.

Compared to doctoring a urine sample or designing a car which knows when it is being tested, hiding undeclared expenditure is a trivial matter. Motor racing history is replete with examples of manufacturers developing top-secret projects.

Only a dozen people had access to the room the Ford GT was built in. Mercedes’ Indy 500-dominating 1994 engine was designed in a truck rental facility away from the race team, most of which did not know about it. These all became public in due course. But what if a less scrupulous organisation wanted to keep them a secret to avoid the cost being counted?

A car manufacturer wouldn’t even need to go to these kinds of lengths to beat a budget cap. We are talking about companies whose research and development budgets dwarf even the cost of running an F1 team. F1-applicable hardware could easily be developed within them under the auspices of road car research, unconstrained by an F1 budget cap. Think how often are we told about the ‘road relevance’ of Formula One technology. Defeating a budget cap therefore becomes a matter of shunting figures around in a spreadsheet.

There are plenty of other reasons why a budget cap wouldn’t work. To them we should add this point: the creation of a budget cap will also be the moment ‘financial doping’ comes to F1.

90 comments on “Financial doping: Why Liberty’s budget cap idea is doomed to fail”