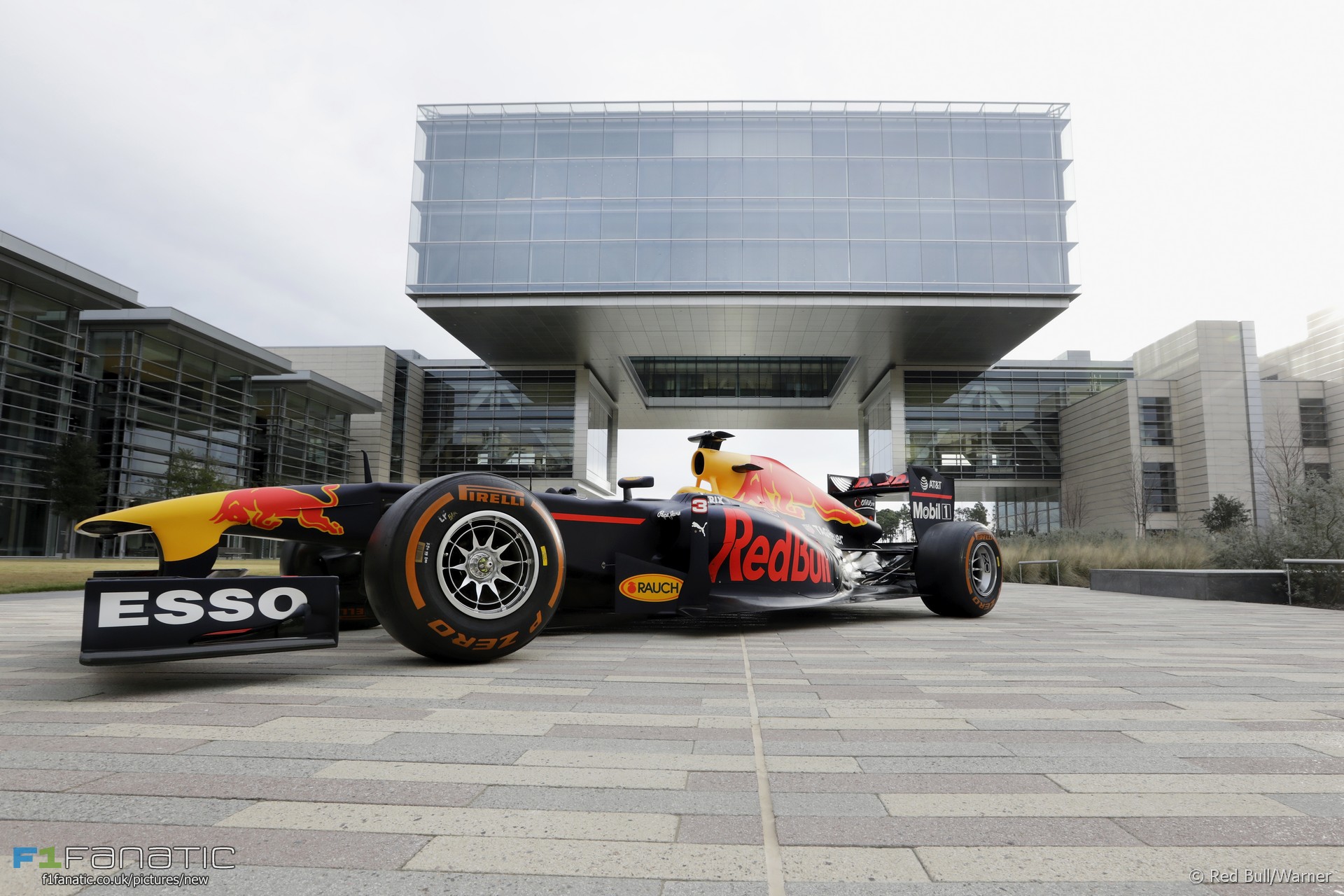 Red Bull have announced the launch date for their 2017 Formula One car.

The RB13 will make its first appearance on February 26th, one day before the start of testing at the Circuit de Catalunya. Red Bull’s junior team Toro Rosso has previously announced it will launch its car on the same day.

Red Bull will continue to use TAG Heuer-branded Renault engines in 2017. The team has also signed a deal with ExxonMobil as its new lubricants supplier and ran with the company’s branding at a recent demonstration run in Texas (pictured).

The team finished second in the 2016 world championship after winning two races.

All of the Formula One teams apart from Williams and Haas have now confirmed when they intend to reveal their new cars. So far Sauber will be first to reveal their car, the C36, one week from today.