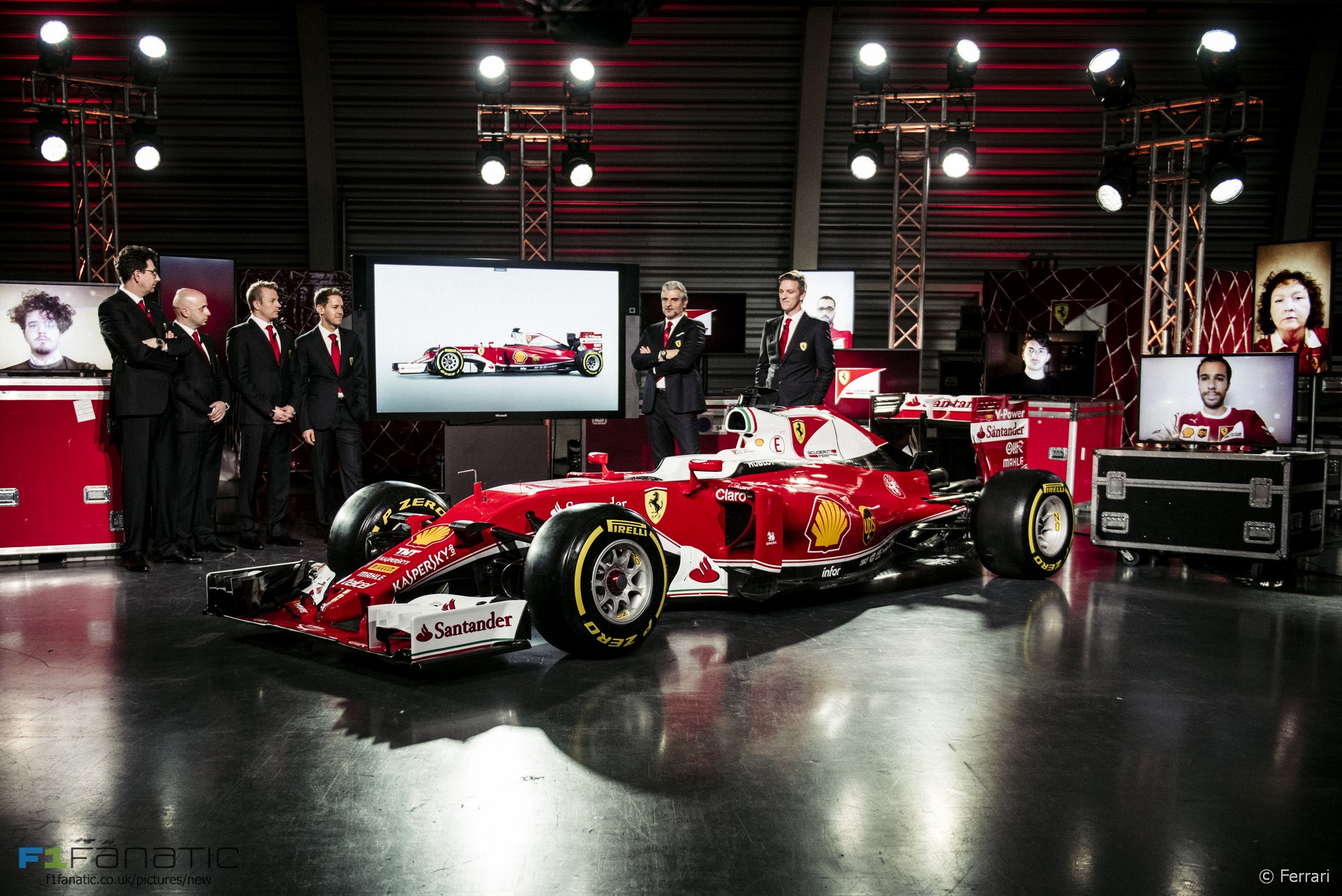 In the round-up: One will be red and the other might be orange – Ferrari and McLaren unveil their new racers today.

It’s been a hectic 48 hours back and forth from the launches of the new Force India and Mercedes. But the excitement will go up several notches next week as the cars hit the track in anger for the first time in pre-season testing.

All ten teams will be in action with their new cars at the Circuit de Catalunya. F1 Fanatic will be there on every day of the test to bring you live lap-by-lap updates, pictures of the dramatic new cars and the first word from the drivers on how Formula One’s latest rules overhaul is going to change the sport.

The continuing help of F1 Fanatic Supporters makes this possible so I must take the opportunity again to thank everyone who has signed up to contribute to the cost of running the site. Your contributions help pay for flights and accommodation, top-quality photography and a more powerful server to bring everything all to you.

If you would like to help keep F1 Fanatic growing, please consider becoming an F1 Fanatic Supporter. For just £1 per month or £12 per year you can help the site continue to develop as an independent source of Formula One coverage. F1 Fanatic Supporters also get to browse the site ad-free. Sign up or find out more via the links below:

Five down, five to go. Big day on Friday as Ferrari and McLaren show their hand: https://t.co/Cp2U6a2mkh #F1 pic.twitter.com/RU0KFldTK8

"During a Toro Rosso filming day, running for the STR12 was hampered by a persistent ERS problem. The car only managed six laps at the Misano circuit, and the mechanics of the development team of Red Bull were not able to get the car running again."

'It's already got my juices flowing' - Hamilton (Channel 4)

"We have more downforce so how much faster can you go through corners? How've I got to adapt my driving style to be able to adapt that? On the simulator it kind of felt ridiculous, like the grip was too high."

"He is the one who has done the most kilometres with the new tyres - by far. This is a clear advantage, especially at the beginning of the season."

"There is an exclusion box that we have to respect, so unfortunately we end up with a little bit of a ‘forehead', as it is called."

"This time around Renault – and perhaps Ferrari? – has fundamentally re-appraised the layouts of their engines and perhaps this is when we see those manufacturers make their major gains."

"The Russian finance company will lend its name to the Sochi race and its branding has been incorporated into the official logo. In addition, VTB has obtained additional track-side advertising, marketing and communication spots for the race weekend."

The height and width of F1 cars have been limited for many years. Is it time length was too?

From most angles 2017’s cars look wonderful, but in profile they are truly too long.

The bit from the airbox to the rear wheels gives it a naked, empty sort of look.
@Hahostolze

48 comments on “New Ferrari and McLaren to debut today”