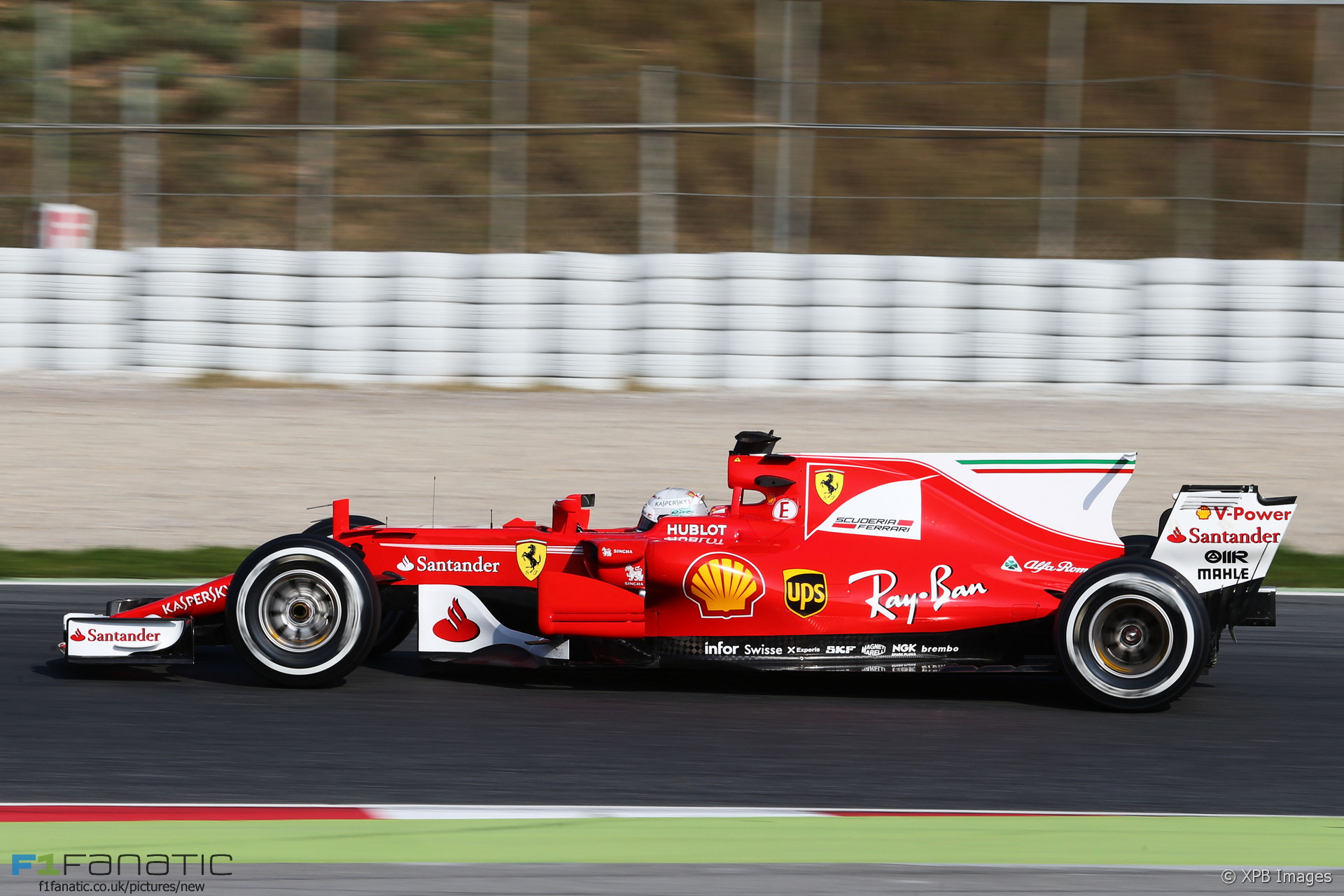 The first test day of 2017 is half-done and we have our first indication of how much quicker the new generation of F1 cars are.

The new, wider cars have been introduced with a goal of reducing lap times by five seconds. A key reference for this is the pole position time at the Spanish Grand Prix in 2015: 1’24.681 set by Nico Rosberg.

The chart below shows Mercedes are already 1.5 seconds quicker that time. However keep in mind they may have been able to use softer compound tyres than those which will be used for this year’s Spanish Grand Prix. For a potentially more accurate comparison between the cars’ 2017 and 2015 performance, their best times from testing that year have also been included.

This chart also shows how quick each team is relative to its quickest pace at the Circuit de Catalunya in the race weekend and testing in 2015. So far Force India have made the most progress compared to their best qualifying time at the 2015 Spanish Grand Prix, lapping 4.3 seconds quicker.

But there’s a long way still to go in testing. And the real measure of whether F1 has hit its five second target won’t come until the Spanish Grand Prix itself.

Here’s the same data for 12 months ago: