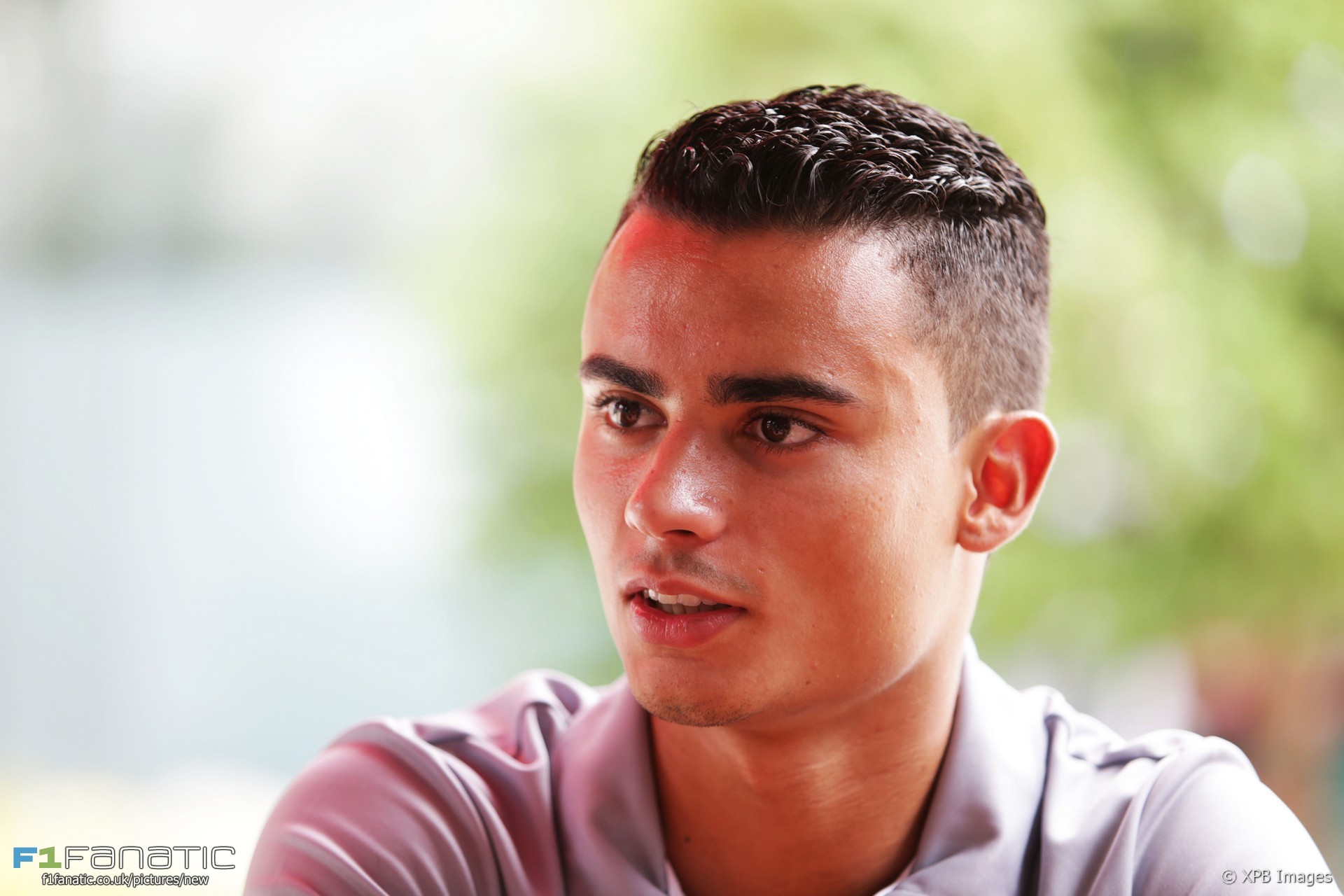 Pascal Wehrlein says the injuries which kept him out of participating in the first test session of 2017 would not have been lessened if he had been wearing a Head And Neck Safety device.

Wehrlein did not have a HANS on when he rolled a car while competing in the Race of Champions last month. However he strenuously denied claims he had suffered a neck injury.

“It’s just the back,” he told media at the Circuit de Catalunya. “I was very surprised when I saw the news that people were writing it’s my neck because my neck is totally fine.”

Wehrlein said he “just forgot” to wear his HANS on the occasion he crashed. “I was wearing it always and that time I just forgot it. But it didn’t change anything.”

“If it would be a neck injury then maybe yes but it’s a back injury.”

Immediately after the crash Wehrlein didn’t suspect his injuries were serious enough to keep him from driving.

“I was already speaking to Sebastian about the next day and felt completely fine,” he said. “But after a crash you always go to the doctors and check yourself, and they said it’s better if you don’t drive tomorrow.”

“And then I went to the doctors again back in Europe and they said I should skip this test. Let’s see what they will say.”

A medical check-up at the end of the week will determine whether Wehrlein can return to the cockpit for the second test. He said it “wouldn’t be too bad” if he only has to miss the first test, but if he’s ruled out of the second then “it’s another story, we have to see.”

Wehrlein said the crash was only the second time in his career he had flipped a car over. He rolled a kart in 2005 during his first season of karting.

“Other than that I never had a big crash or something where I was injured before.”

“Last year I had surgery with my wrist at the beginning of the year so that was quite painful the first few races. But I never took an injury from crash.”