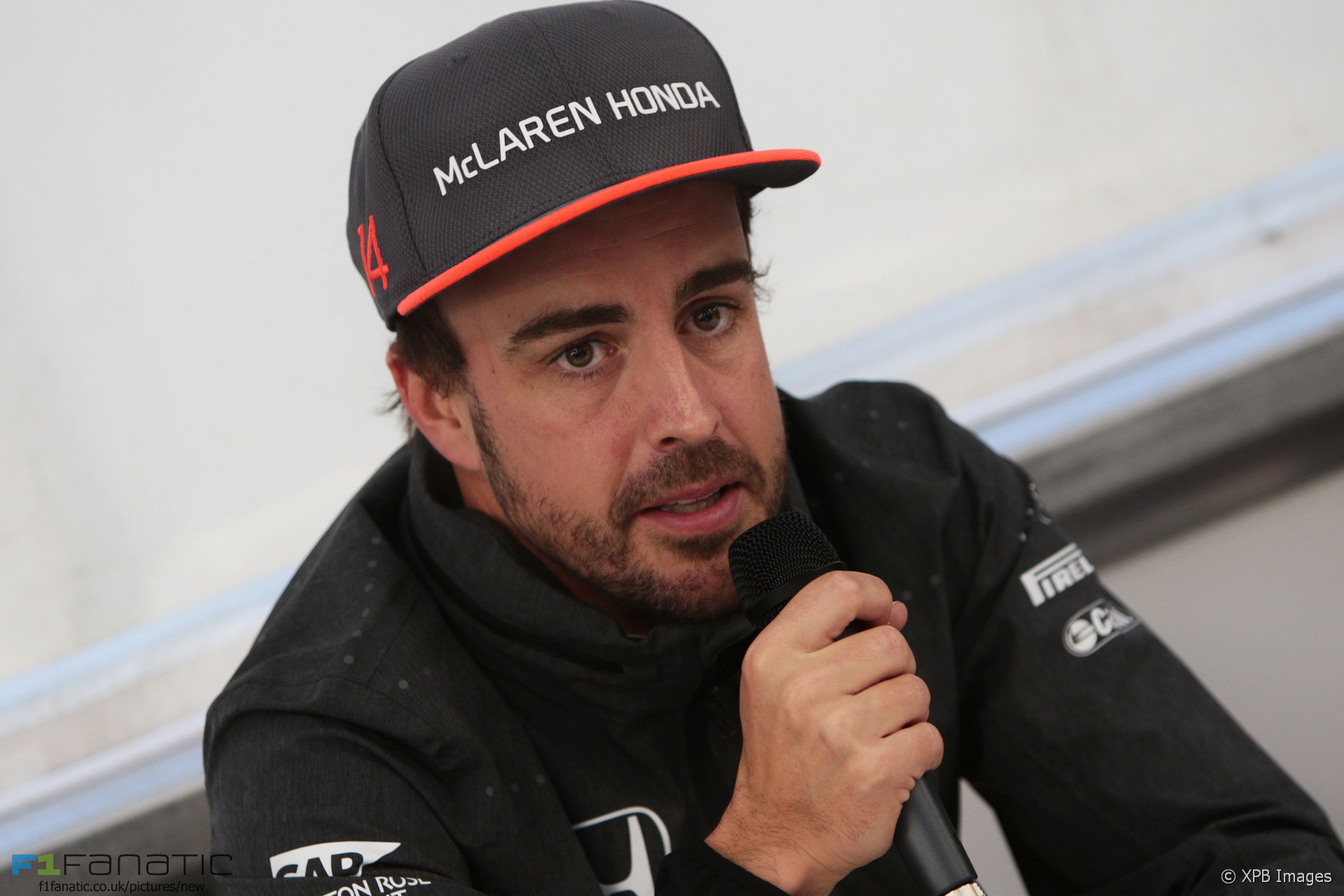 Fernando Alonso says Formula One’s new cars for 2017 could make it harder to tell which drivers are performing best.

Speaking to media at the track on Monday, Alonso described how the increase in downforce will make engine performance a more critical factor this year.

“The importance of the ‘driver percentage’ that we talk about sometimes, I think with the technology and aero packages we have now, with the power units we have now, the driver is even less important.”

“You need massive power now with this level of drag and downforce, you need good harvesting and deployment because the straights are a little bit longer now than last year. Some corners will disappear, will be flat [out], so the straights will be even longer because of that.”

“So if your are 20 horsepower down last year you were losing two or three tenths, while this year maybe you are losing half a second.”

“I think the importance of some of the technical aspects of the car are even higher this year. The driver can do until one point miracles, cannot do any more.”

However Alonso said he is pleased Formula One has abandoned the high degradation tyres used since 2011.

“I think in the way of pushing your car and being able to express your driving style I think yes, a little bit more than the previous cars that you were constrained to drive and save everything,” he said.

“Sometimes last year the slower you drove the better lap time you could do because you were saving the tyres, or maximising the stint. This year it seems you are able to push the car a little bit more and use your own driving style a bit to maximise the timed lap.”

52 comments on “Drivers “even less important” in new cars – Alonso”