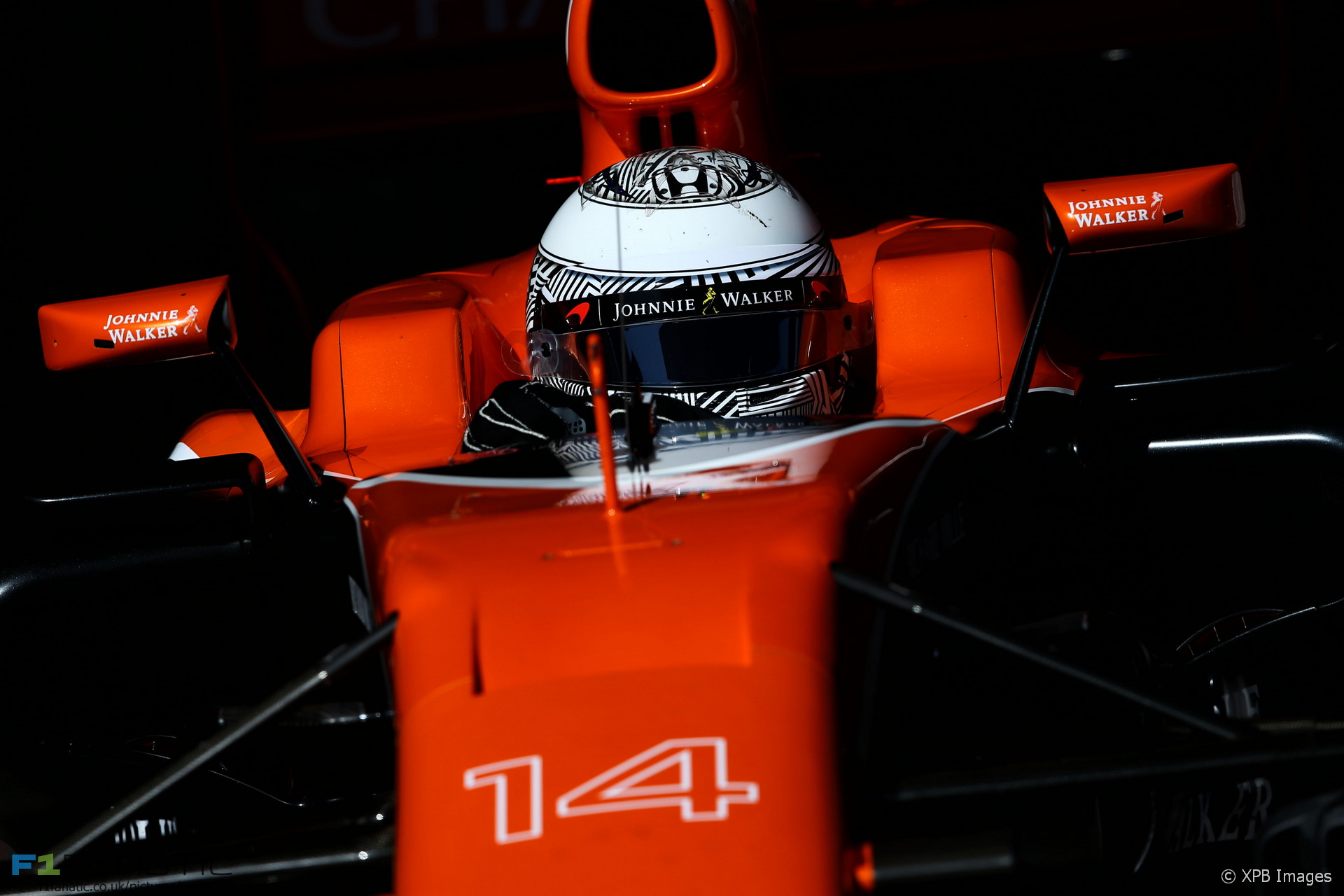 McLaren says there is no fundamental problem with its new Honda power unit despite suffering two failures in as many days at the start of testing.

The problem which sidelined Fernando Alonso on day one was traced to an oil tank fault which has been fixed.

“So far we can live with the current modified oil tanker,” said Honda’s engine head Yusuke Hasegawa. “But obviously through the season we’re always trying to improve the system so if we have a chance we may introduce some more modification. So far I don’t think it’s a problem to run with this one.”

However the team does not expect to identify the cause of Stoffel Vandoorne’s day two stoppage until tomorrow.

“We don’t know the exact cause of the problem in yesterday’s engine,” said Hasegawa. “So far we run the same operation.”

“We didn’t change anything. We don’t know the cause of the problem so we can’t tell. But I believe we can solve the issue before Melbourne.”

McLaren racing director Eric Boullier admitted the team have started testing with “many issues” but said “I think no one is fundamental”.

“All of them are fix-able. I’m not sure we know yet, even Hasegawa-san, all of them, because yesterday’s engine is on its way to Japan.”

Alonso was able to cover more than a race distance on day three of the test, allowing McLaren to draw some early conclusions about its new car. Boullier said the initial impression was “pretty good”.

“I think obviously any car in the world, even the perfect car, when you put the car on the limit we always have understeer, oversteer or something like this. But I guess at least for the chassis both drivers feel the chassis is good.”

“There will be a very high development rate for the beginning of the season especially. I expect most of the teams to bring nearly a new car in Australia already. This base is good, the platform is good and we can develop along this which is good.”

The pair also dismissed reports claiming the latest setbacks will prompt a divorce between McLaren and Honda.

34 comments on “No fundamental problem with power unit – McLaren”