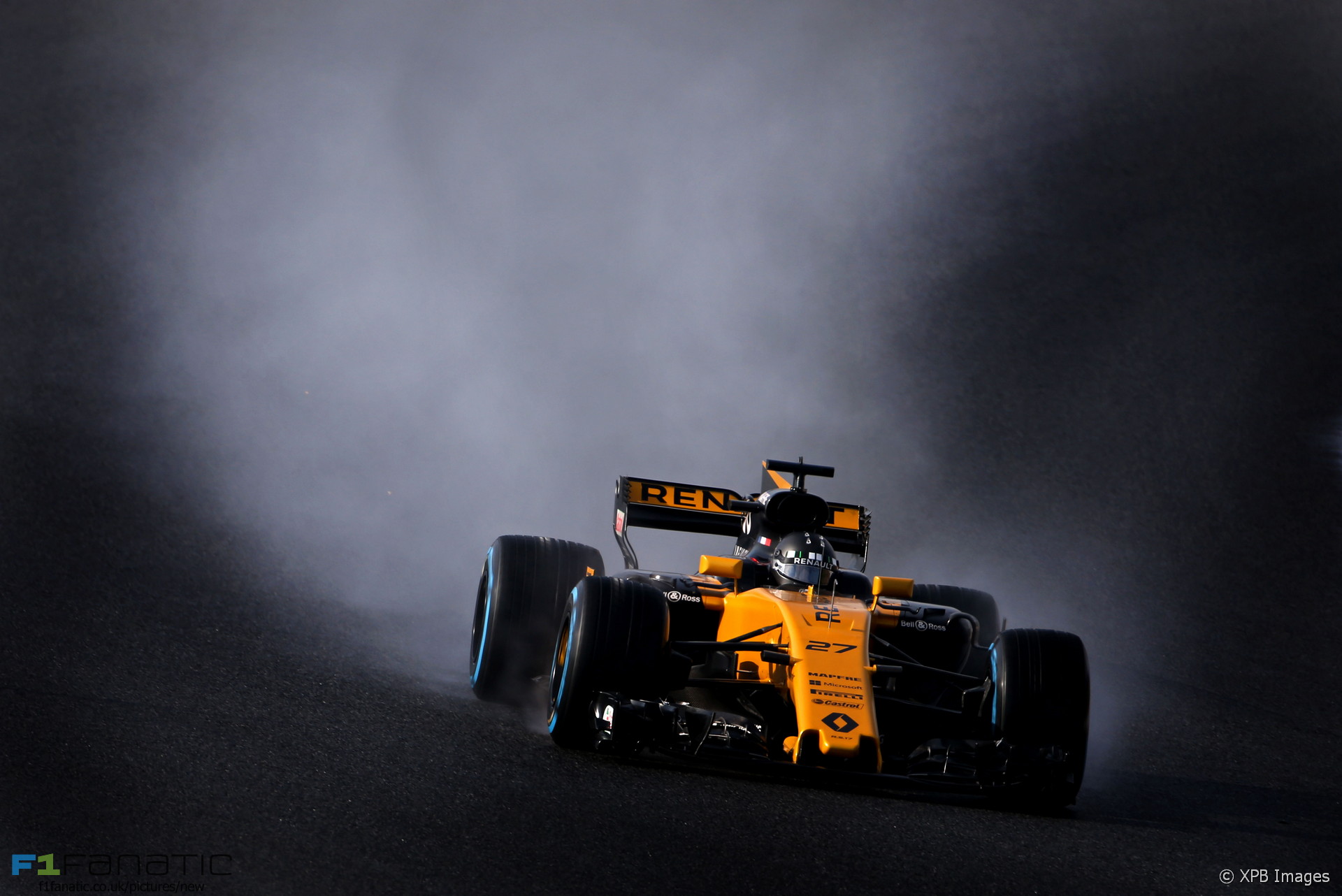 Nico Hulkenberg said it was hard to draw any conclusions about whether Pirelli has improved its wet weather tyres after this morning’s test.

The Circuit de Catalunya was artificially soaked in order for drivers to test the wet and intermediate tyres. But fine weather conditions meant the track dried out quickly and little running was done on the full wet weather tyres.

Hulkenberg said teams were wary of damaging their new cars. “Obviously early in the season it’s a bit of a risk with teams, we don’t have that many spare parts,” he said. “There’s always a balance to be had.”

“I went out once on full wets, once on inters, just to see how it goes and get a basic idea. It worked fine, to be honest.”

“But we couldn’t really test very deeply regarding aquaplaning and all these kinds of subjects, we’ll find that out during the race weekend I guess.”

However Romain Grosjean believes Pirelli have “made a good step from last year” with the full wet weather tyre.

“It just needs to hold on a bit longer because after one lap was starting to fly apart.”