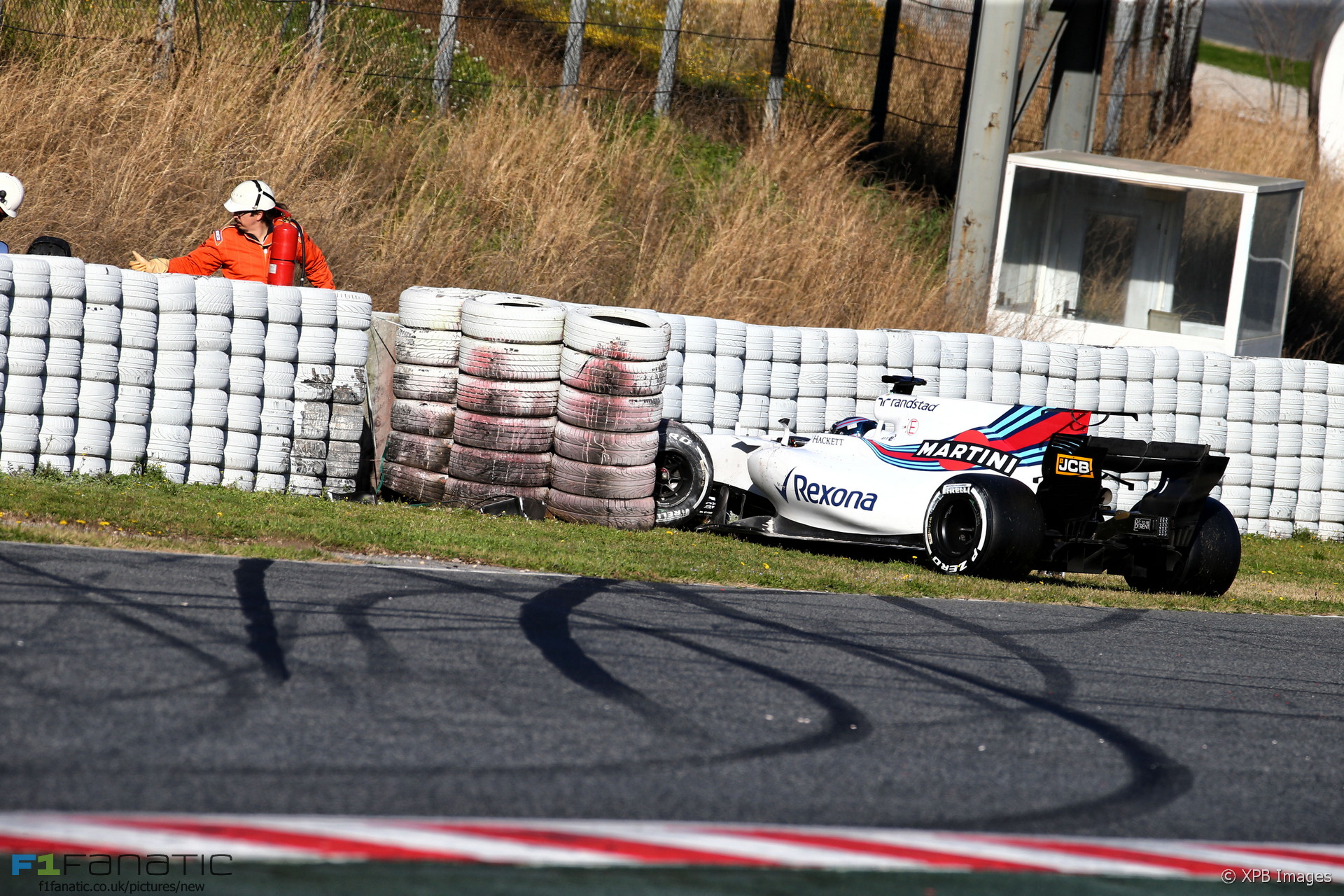 Lance Stroll says he remains confident despite a pair of costly incidents during his first test as a Williams driver.

The 18-year-old damaged his car on Tuesday and Wednesday, leaving the team unable to run on Thursday. However he described his 98-lap run on Wednesday, which ended with a crash as a “good day”.

“Everyone is quite positive, it was a good day,” said Stroll. “Unfortunate what happened at the end but it’s a little issue and sometimes things like that happens, you’ve just got to move forward from it.”

“It is what it is and just got to make the best of it with the rest of the test going on.”

Stroll said he was “a victim of a situation that happened on the end on the car, which just threw the car away from me”. Williams chief performance engineer Rob Smedley said the crash was related to tyre behaviour.

He denied the two accidents had affected his confidence ahead of his debut as an F1 driver.

Stroll will have two more days in the FW40 before starting his first race as a grand prix driver.

“I’m going to be approaching next week even better than this week,” he said. “I have time in the car now, at least.”

“I actually got to break the ice today. I did 100 laps, so that was really good. I did all kind of laps, long runs, short runs, medium tyre, soft tyre, I was really happy about that. That’s really positive about next week.”