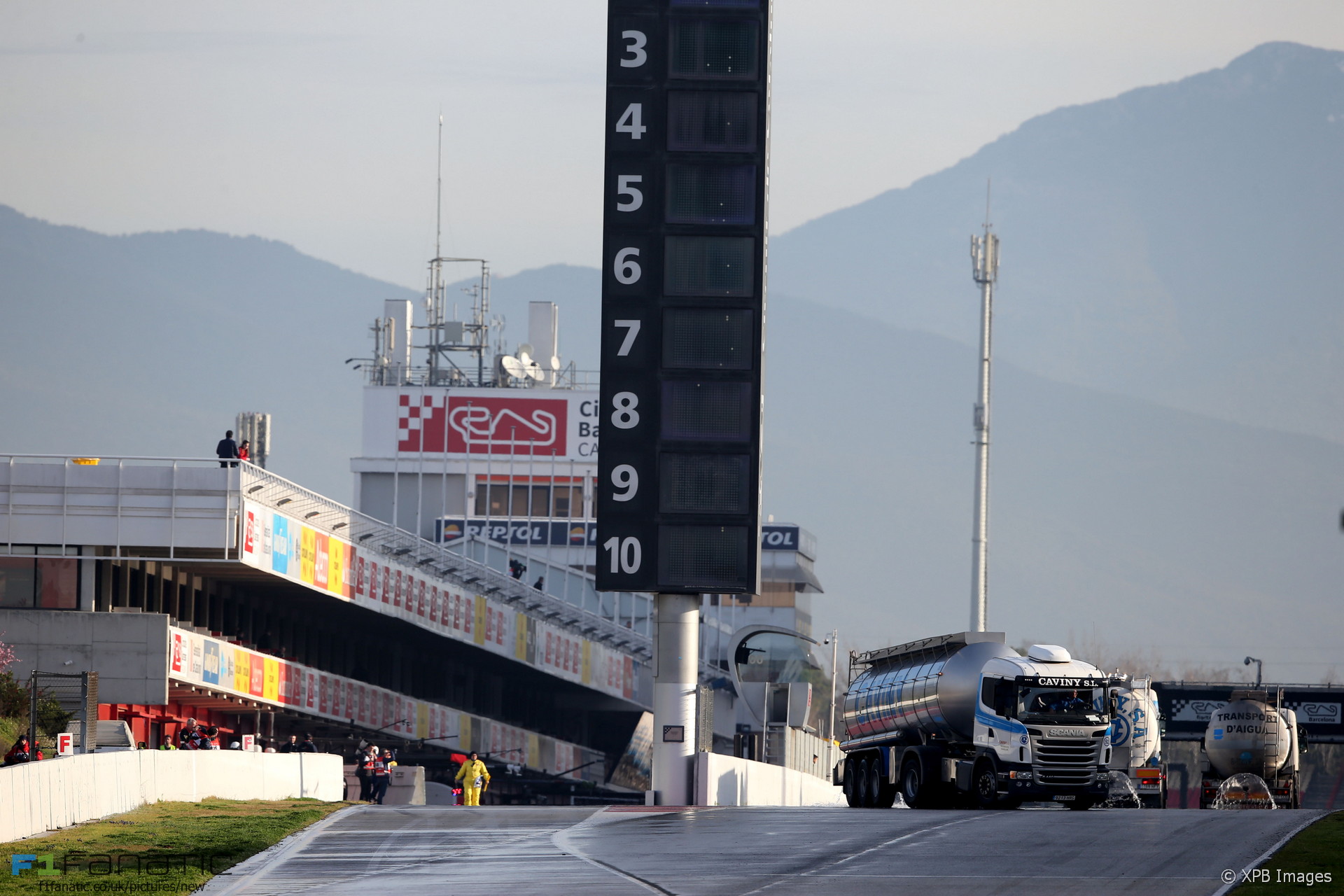 Today’s wet weather test is unlikely to provide useful data because the conditions won’t be representative of real racing conditions, according to drivers.

The Circuit de Catalunya has been soaked ahead of today’s test in order for Pirelli to test its wet weather tyres today. But Romain Grosjean pointed out the surface temperature will be much cooler than what is typically seen at wet races.

“It’s cold so it’s unlikely that most of the races we got to is like five degrees in the morning and wet.”

However Grosjean backed the need for wet weather tyre testing. “I guess it’s going to be a good test with Pirelli,” he said.

“It’s a big challenge with the huge tyres sorting out aquaplaning and getting the tyres to work and to warm up and we’ll see how it goes.”

“It’s not going to be an easy day for them because it’s going to be really cold in the morning and I’m not sure we’re going to have conditions like that in the year when it’s ten degrees track temperature,” he said.

“So it’s a different way the tyres are going to work compared to Brazil where it was a bit warmer. And how they’re going to keep the track consistent when this weather is very sunny.”

“But it’s a chance for them to learn, get some data and get some feedback. Brazil was very bad for them, we hope that it’ll be better this year.”

Grosjean, who crashed prior to the start of the race in Brazil on the wet track, said the problems drivers experienced there were not simply cases of aquaplaning.

“It was just a loss of grip at certain moments, like a lot of us had in Brazil which you cannot really put to aquaplaning because there was not a lot of water there,” he said.

“We’ve been running, I remember qualifying in Austin in 2015, there we had aquaplaning, the cars were going left and right and in a straight line not even going straight. In Brazil it was raining a little bit but nothing huge.”