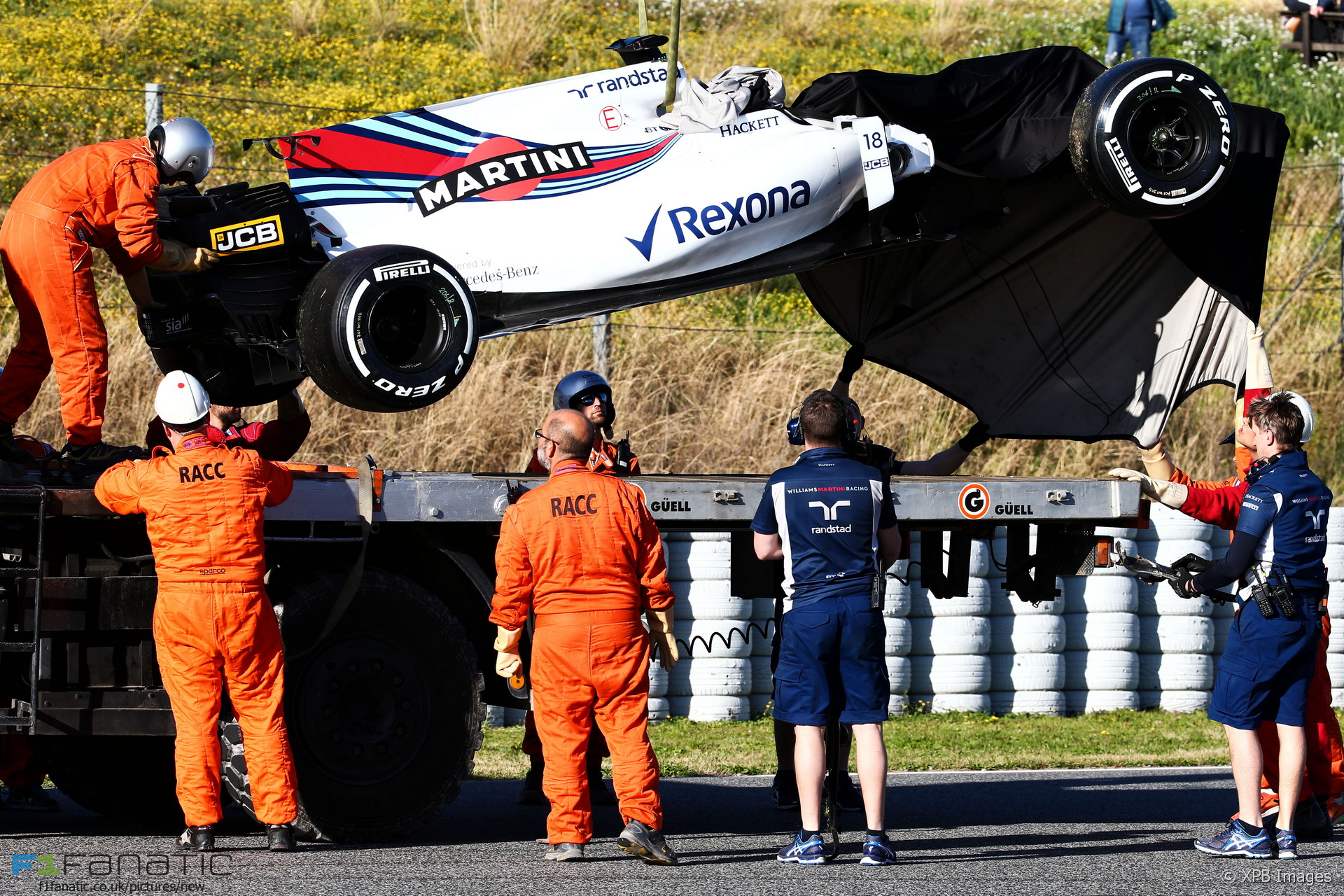 Williams has confirmed it will not take part in the fourth day of testing today after its car was damaged in Lance Stroll’s crash yesterday.

“Following a thorough inspection overnight some damage to the FW40 chassis was discovered and therefore, on safety grounds, the team will not run the car today,” it said in a statement.

“A second chassis will be prepared at track this afternoon, as originally planned, with the team aiming to be back on track for the second test next week starting on Tuesday 7th March.”

Williams head of performance engineering Rob Smedley explained how Stroll had his crash at turn five.

“Lance was out on cold medium tyres on an out lap, a lot of fuel in the car, and the tyre stepped away from him and he was an innocent victim of that happening,” said Smedley.

“What should have been a fairly little, innocuous, sideways moment brought him around into the barrier and there was some damage. But that happens and we expect it to happen. There’s no blame on his part, obviously.”