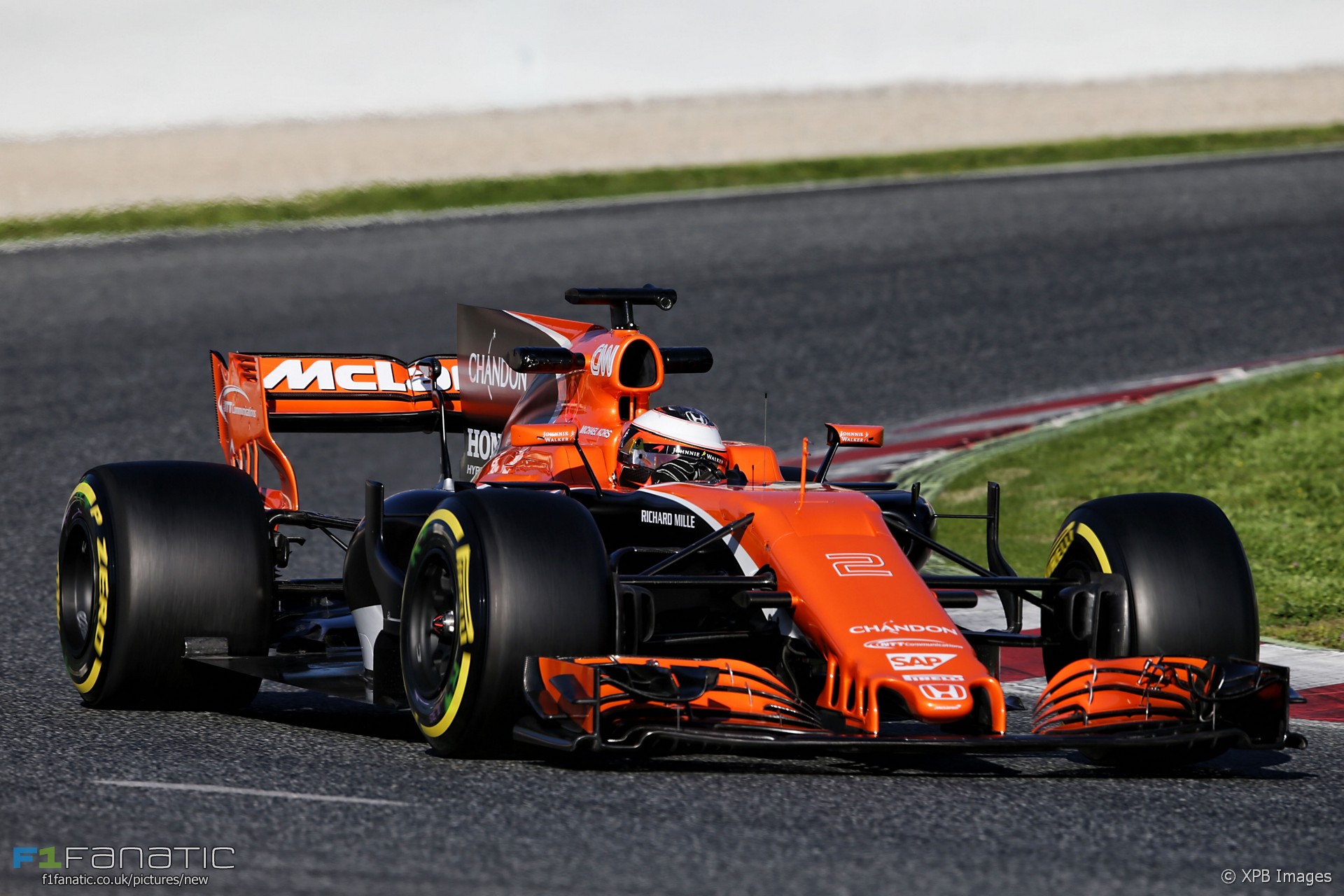 McLaren team principal Eric Boullier admitted the ongoing problems with their Honda power unit is hindering the work on the team’s chassis.

“It does affect your development understanding, at least,” Boullier said at the Circuit de Catalunya.

“But still we can make most of the development, let’s say most of the data we can gather just by running the car. And obviously that’s what we want to see. And again this is just to make sure the correlation with the simulation back in Woking is good. We keep the same process and the same way to design and develop the car and then we can make predictions for the future.”

“But it would be easier, yes, if we had the same speed as the others because then you have a better understanding and some different factors.”

McLaren’s MCL32 has covered 1,300km in testing so far which is the least of any team bar Toro Rosso.

“Any laps you don’t do is a loss when you have only eight days,” Boullier admitted. “There is a minimum to reach which for us is an understanding of the car and correlation. That’s the minimum we need from us, McLaren. And then we can operate from this.”

“We have enough experience and we know what we can do there. But ideally you want more mileage because the closer you go to the limit the better it is to have better prediction or simulation.”

Boullier said the team can tell “the car reacts well to any changes” and the drivers are “quite happy” with that.

But he also described how problems with the engine can make the chassis appear to be less well-balanced.

“It’s not only chassis, remember these are hybrid engines which means very early back on throttle you have electrical power which is on/off,” he said. “And then you have a turbo as well on the back.”

“Or tyres, let’s say, warming up the tyres is not good enough. But still the car spec we have here is a car launch spec. We do try different bits but we will not run the full spec, the full spec will be run in Australia.”