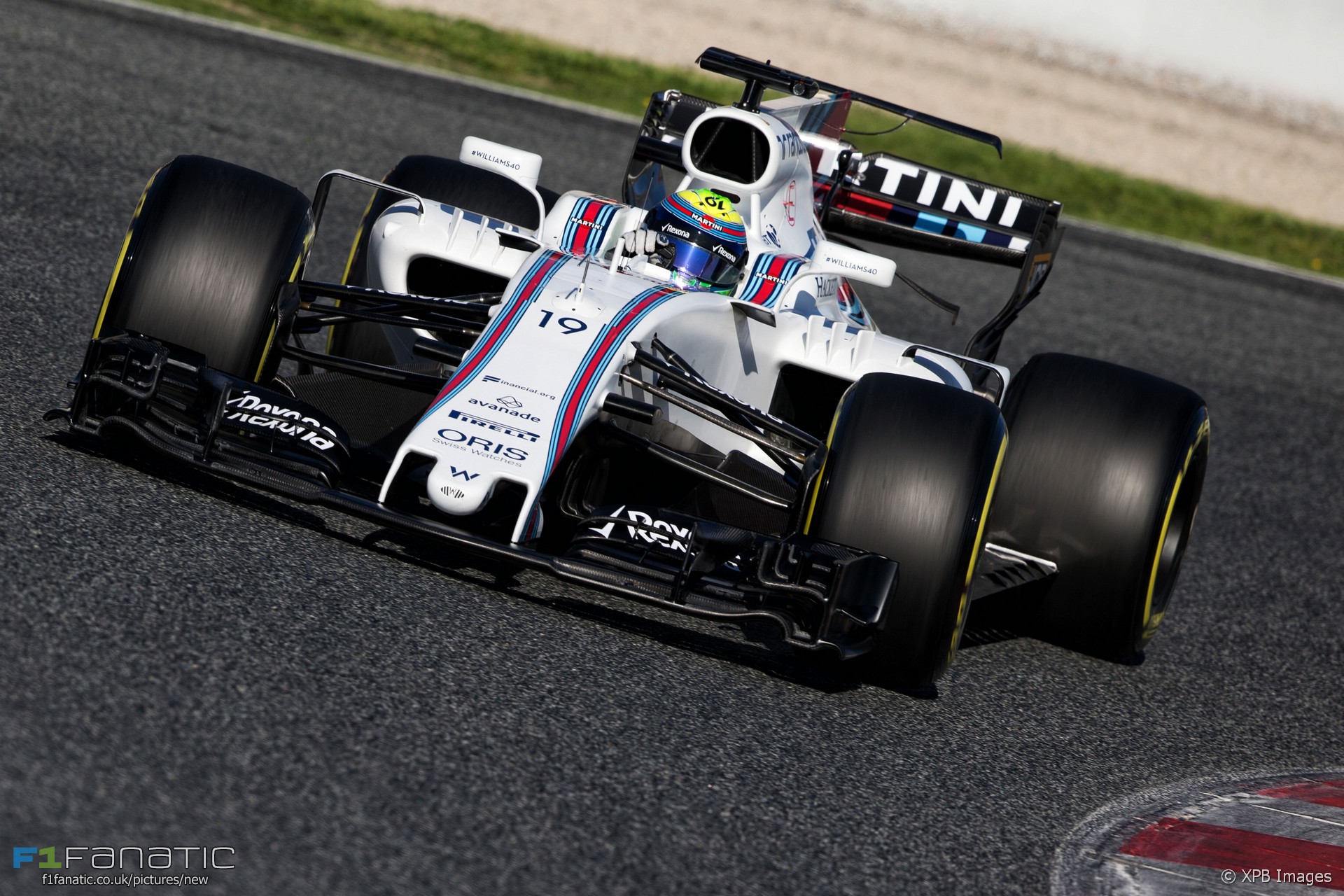 Felipe Massa topped the time sheets and logged over 160 laps as pre-season testing resumed at the Circuit de Catalunya.

The Brazilian clocked Williams’s fastest time of testing, with Daniel Ricciardo second-quickest and neither Mercedes driver in the top three.

It was a day of little incident with no major breakdowns or accidents. However there were unscheduled engine changes needed for both McLaren and Renault.

After a long weekend break, the teams were ready to hit the ground running on a bright Tuesday morning at the Circuit de Catalunya. None were more looking forward to getting back behind the wheel than Pascal Wehrlein, who finally got to try Sauber’s new C36 following the injury concerns that sidelined him last week.

As usual, Mercedes wasted no time in quickly racking up the kilometres as Lewis Hamilton set the early pace. But there was trouble for Renault, who called Jolyon Palmer in for an engine change following just 15 laps after spotting an anomaly in the data.

Daniel Ricciardo was not in a rush to get out in the Red Bull RB13, but when he finally did venture out he immediately set Red Bull’s fastest time of testing to top the time early time sheets.

At McLaren, there were yet more troubles when an electrical issue meant the team were forced to miss more valuable track time to change the Honda power plant in the MCL32.

There was excitement when Daniel Ricciardo took to the track shod with purple-marked ultra soft Pirelli tyres, but despite a quick lap, the Red Bull did not improve on its benchmark time.

Then, Felipe Massa turned up the wick and delivered a 1’19.726 on super soft tyres – comfortably fastest of all and what would prove to be the quickest time of the entire day.

Lewis Hamilton set his personal fastest time of testing so far with a 1’20.456 after 46 laps in the morning session, before handing the W08 over to new team mate Valtteri Bottas in the afternoon.

Following the lunch break, Marcus Ericsson also took over from Pascal Wehrlein in the Sauber, while Nico Hulkenberg stepped into the Renault once the car’s engine change had been completed.

With track temperatures higher than the morning hovering around the low 20 degrees Celsius, there was little in the way of major improvement in laptimes from the morning session.

Instead, teams focused on long run consistency and began to pile up the kilometres in the afternoon sun.

Both Massa and Vettel recorded over 160 laps over the course of the day, more than any other drivers had achieved in a single day in the previous week of test, while Force India’s Esteban Ocon achieved over 140 trouble-free laps.

The session finished under red flags after Nico Hulkenberg’s Renault stopped on the circuit in the dying moments.

42 comments on “Massa fastest for Williams as testing resumes”