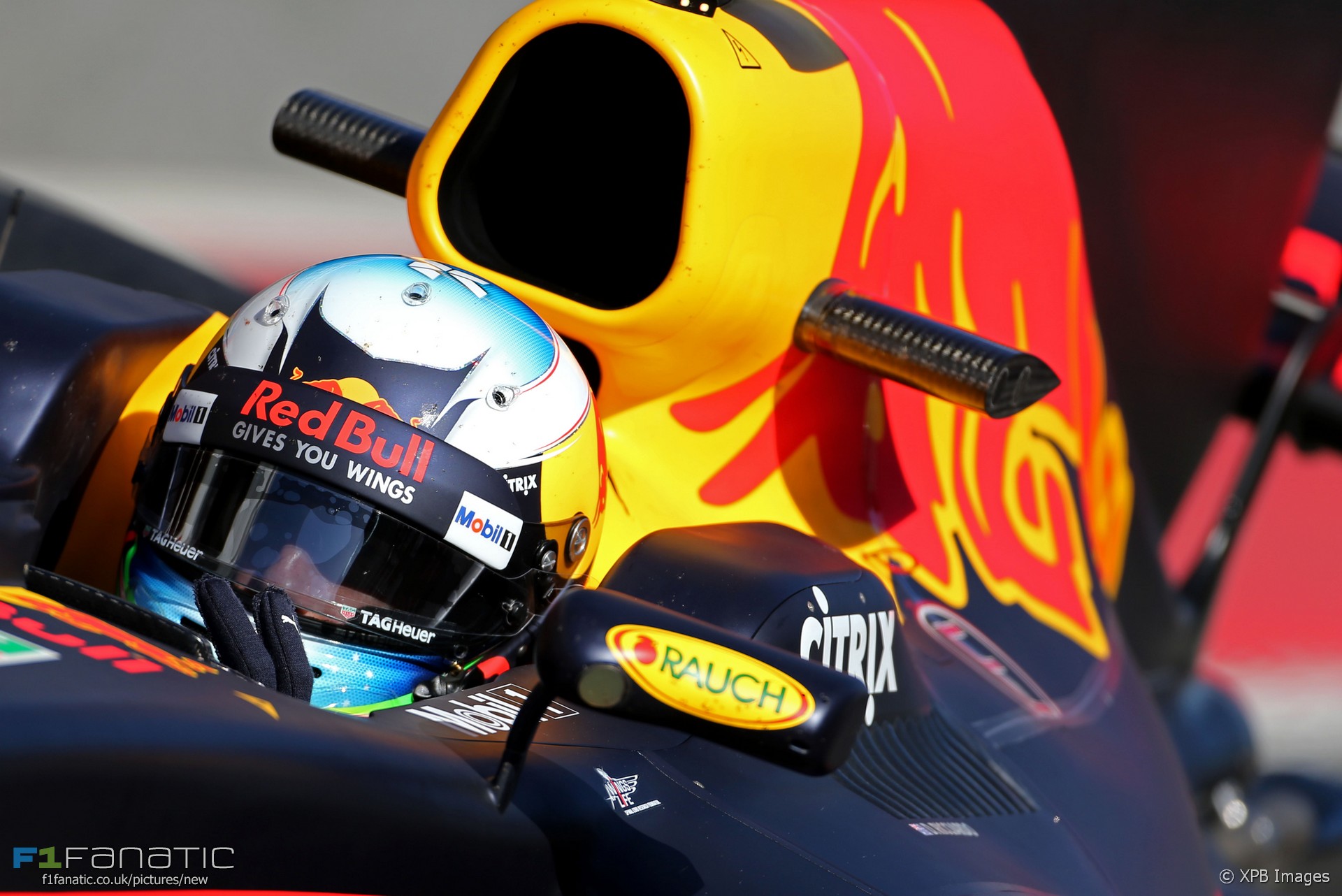 Daniel Ricciardo says he isn’t sure if Red Bull are as quick as Mercedes and Ferrari after his third day of running in the RB13.

Ricciardo set the team’s quickest time of testing so far on the first day of the second week of running today. However he remains wary of the competition.

“I’m not sure we’re quite on Mercedes or Ferrari level yet,” said Ricciardo. “But we’re getting there.”

However Ricciardo did say he is able to feel more of the car’s potential. “It’s feeling better and better each day,” he said.

“After day one into day two I was more impressed and now the feeling’s getting better. I feel the car is starting to evolve a bit, so that’s nice and it’s still optimistic. We know we can keep improving it. I think day by day it’s getting better, so that’s good.”

Ferrari “certainly look quick” according to Ricciardo. “I’m sure Mercedes will still be very quick, but they are looking good.”

“Even though Williams didn’t run much last week, today they did get a good run in. I actually think they looked quite good as well. So today they showed that. It’s going to be interesting. I think Melbourne will be a cool story.”

“Where is Red Bull? Not sure. But we’re thereabouts. We’re close enough.”

Ricciardo played down fears over the reliability of Renault’s new engine following further problems for their works team today.

“Better now to have the problems than later,” he said. “I guess the positive is that having problems now you understand why. You’ve got time to repair the problems.”

“So I think for us today was good. The track time we missed wasn’t due to anything with the engine. So for us reliability was good and hopefully continues like this. I’m OK, I’m happy with where we are.”

Last year’s Malaysian Grand Prix winner also revealed his trademark podium ‘shoey’ will only make a reappearance this year if he reaches the top step. “They are only likely going to be appearing if it’s a victory,” he said, adding he was hoping for “at least 19”.