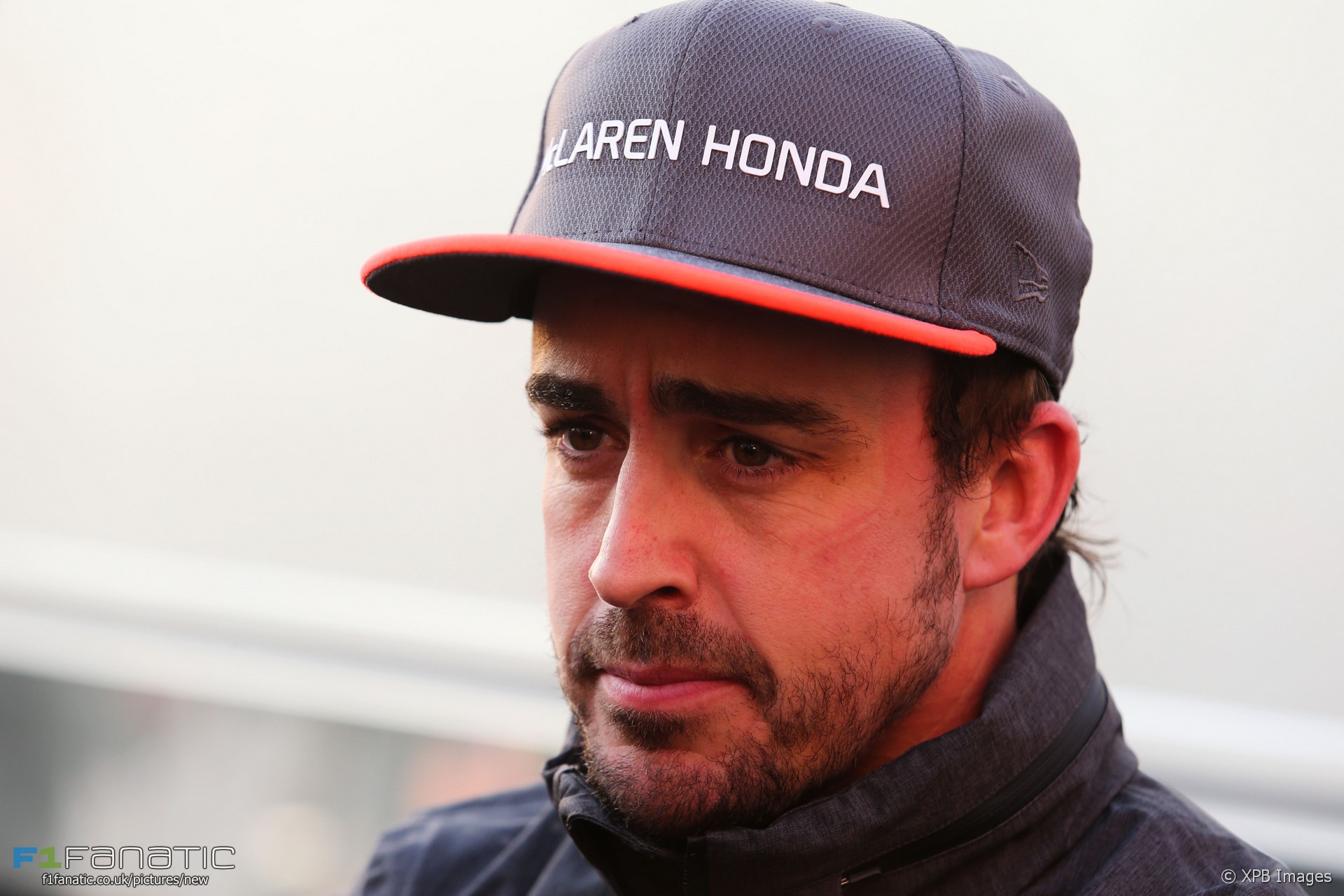 Fernando Alonso says he is at the top of his game and is not ready to stop racing despite facing another tough season at McLaren.

With two days left in pre-season testing McLaren are at the bottom of the times sheets and have completed the fewest laps of any team bar Toro Rosso. But asked how much the team’s plight hurt him Alonso said “Not so much.”

Alonso said he tries not to get caught up in other people’s reaction. “The people go pessimistic, I go optimistic. The people get over-excited, I’m getting worried.”

“And if everything goes in the wrong direction I will attack next year. It brings me more motivation to continue and to win because I will not stop racing without a good feeling and a good result that I think I deserve.”

Alonso says he feels more capable than ever of taking on his rivals once he has a car which is competitive.

“If one day I feel in the car people I see on the corners that they do fantastic lines, they brake later than me, they accelerate earlier than me, they do better starts than me, that day I will stop and say ‘it’s time’,” he said.

“What I’m seeing now is completely the opposite. More than ever, this year, this winter, what I see on the track, what I see in myself it’s at the best level. Now it’s time to attack.”

Alonso has been a staunch critic of the previous generation of Formula One rules and suggested he could leave the sport if they did not change. He has described himself as being much happier with the new, higher-downforce machines.

“I feel really strong driving this year with these cars,” he said. “I can do also my driving style, my quick input on the steering wheel on entries like in the old days.”

“So I’m really enjoying, I feel very strong, I’m feeling the strongest here. But I don’t have the power. I have a lot of time.”

43 comments on ““I’m feeling the strongest here”: Alonso not ready to quit yet”