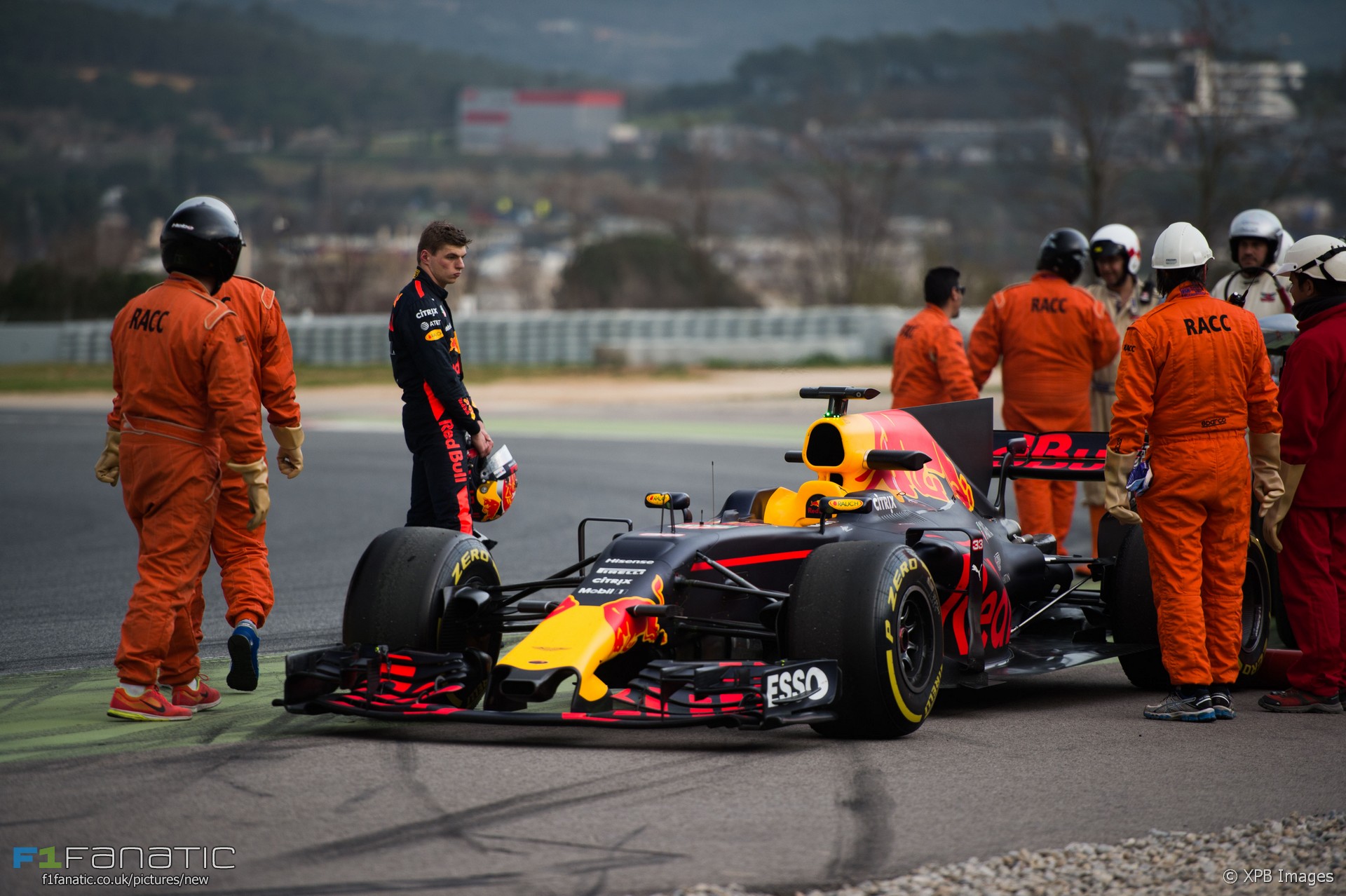 Max Verstappen says Renault already have a fix in place for the fault which halted his testing run today.

The Red Bull driver was two laps away from completing a race distance when the problem struck.

“I think we had an issue with the MGU-K,” Verstappen explained. “We are quite confident that we can solve these problems for now.”

“The Renault boys already have some things in place to change for Melbourne so it should be alright.”

Despite covering more laps than any other team in the day, Red Bull were forced to spend the lunch break changing the Renault power unit.

He played down suggestions the team were concerned about the pace of the car following his team mate’s comments yesterday that Red Bull were not on the same level as Mercedes or Ferrari.

“I think the good thing is nobody has two seconds in their pockets,” he said. “We’ll see.”

“It’s really difficult because you don’t know how much fuel the others are running and also the cars are still pretty new. So you can do a lot of set-up changes and suddenly you can find the right one and then you can work in that direction and then gain even more.”

“It’s a smooth balance. It’s a predictable car. When you turn in and you know exactly what the car is going to do.”

“We got a lot of data,” he added. “I think when you are doing longer runs, it has been very positive.”

2 comments on “Renault has fix for today’s problem – Verstappen”