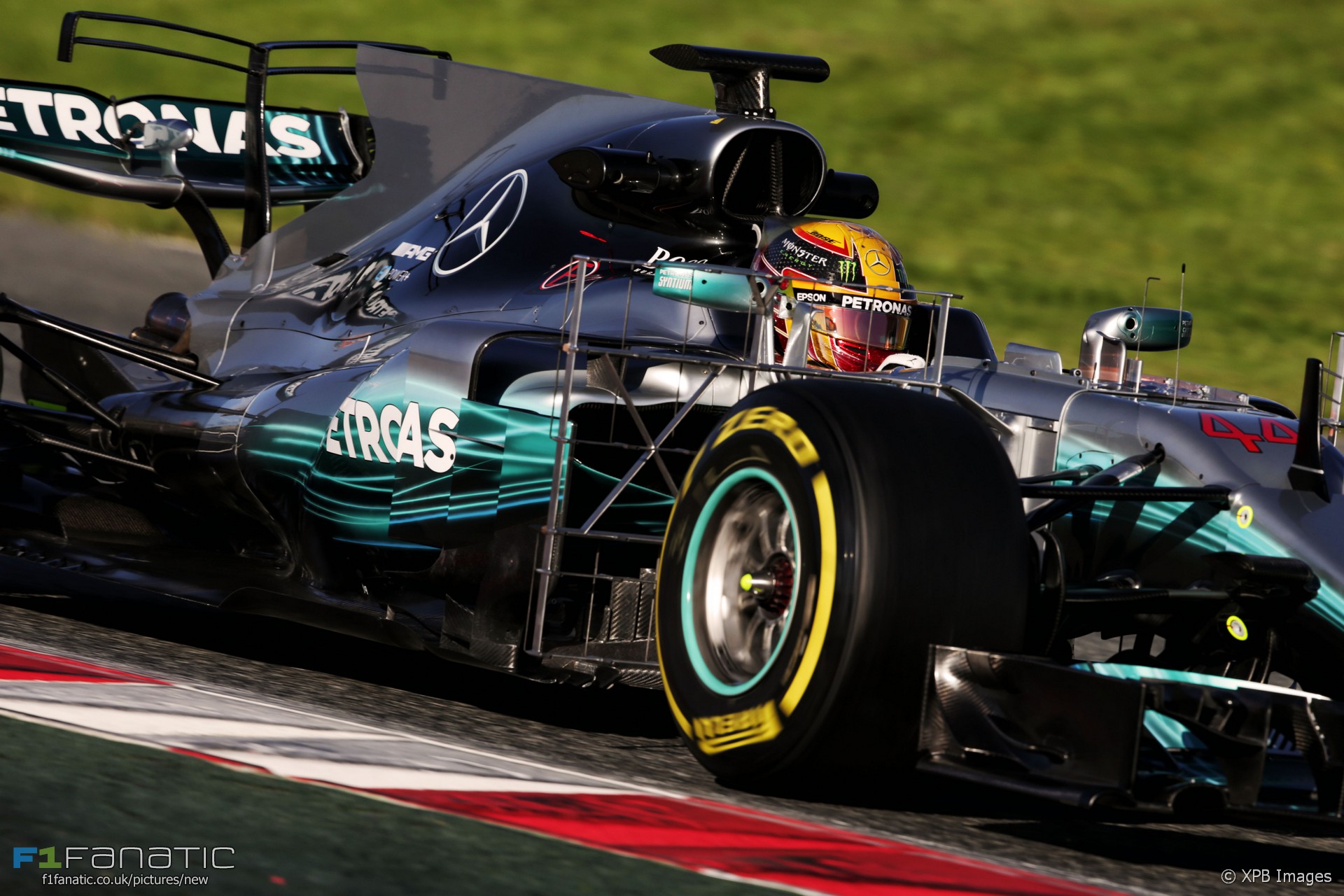 In the round-up: Niki Lauda says Mercedes haven’t had success with some of the first upgrades for its W08.

"We tested a few updates which didn't work out as we had expected them to. This is why we need to test again, tomorrow, too."

"I think Ferrari are bluffing and that they are a lot quicker than they are showing."

"It's difficult to know what type of things they were running and how much they were taking out of their car but a respectable time and very quick. Definitely, we shouldn't underestimate them."

"Pushed on whether he felt Carbone Industrie was the solution, Grosjean replied: 'It is the solution. Now, when will it arrive? I don't know.'"

Brown: McLaren not in crisis (Sky)

"The M19 was a great car, I loved it. Unfortunately for me the whole McLaren episode was a disaster, really, although the team was terrific. "

"The FIA has been quietly tweaking its organigrams in preparation for the season ahead but the news that Marcin Budkowski has been given a new title does not mean that Charlie Whiting is being shown the door."

Apex speed through turn 9 is IMMENSE! Ricciardo and Vettel not a big lift at all. Bottas a bigger lift through here. pic.twitter.com/uqqw7tytA6

Trackside new #F1 cars not as spectacular as I'd hoped & still too quiet. Teams bringing lots of updates today pic.twitter.com/LV2gK2fHLK

So, who do we describe as the reigning FIA Formula 2 champion? Mike Thackwell, Luciano Bacheta or Pierre Gasly? :)

@f1fanatic_co_uk I commentated on the last F2 race at Monza in 2012. The penultimate race on the Saturday was mega, the Sunday less so…

'GP2' is now finally 'Formula 2'! The fact this is news speaks volumes about the trivial politics which have dogged F1 recently. Hallelujah!

Pleased with efforts my team made in designing and building our 2017 car @ForceIndiaF1 .Excellent reliability.Rapid development continues.

There’s been a lot of talk about how quick Mercedes and Ferrari are but what about the other member of the ‘big three’?

This is just my speculation, but maybe Red Bull did the calculation, and maybe a couple extra moths on CFD and in the tunnel are more valuable than having a complete car in the first races. Maybe their program was to just to nail the basic shape and packaging in time for the first races and testing, and to fully understand the flow structures and what can be done, while the team back at the factory keep working on the secondary aeeo concepts aided by the new data from testing.

It’s not easy to completely change an aero concept once you go down a certain road, so they are holding back at the moment, in terms of the paraphernalia that can be seen on the car. Not for some sandbagging reason, but because they did the calculation of time/resource cost versus performance benefit in the constructors’ championship overall. And maybe they are even looking more in the long term, to have a very, very strong base understanding of these new regulations to dominate this era.

What I am saying is, that I don’t feel worried for them at all. And won’t be worried even if they are still the third to fifth or sixth-quickest car in Melbourne. And I will not be surprised when they suddenly do a massive jump up the grid a few races in.
@Mateuss