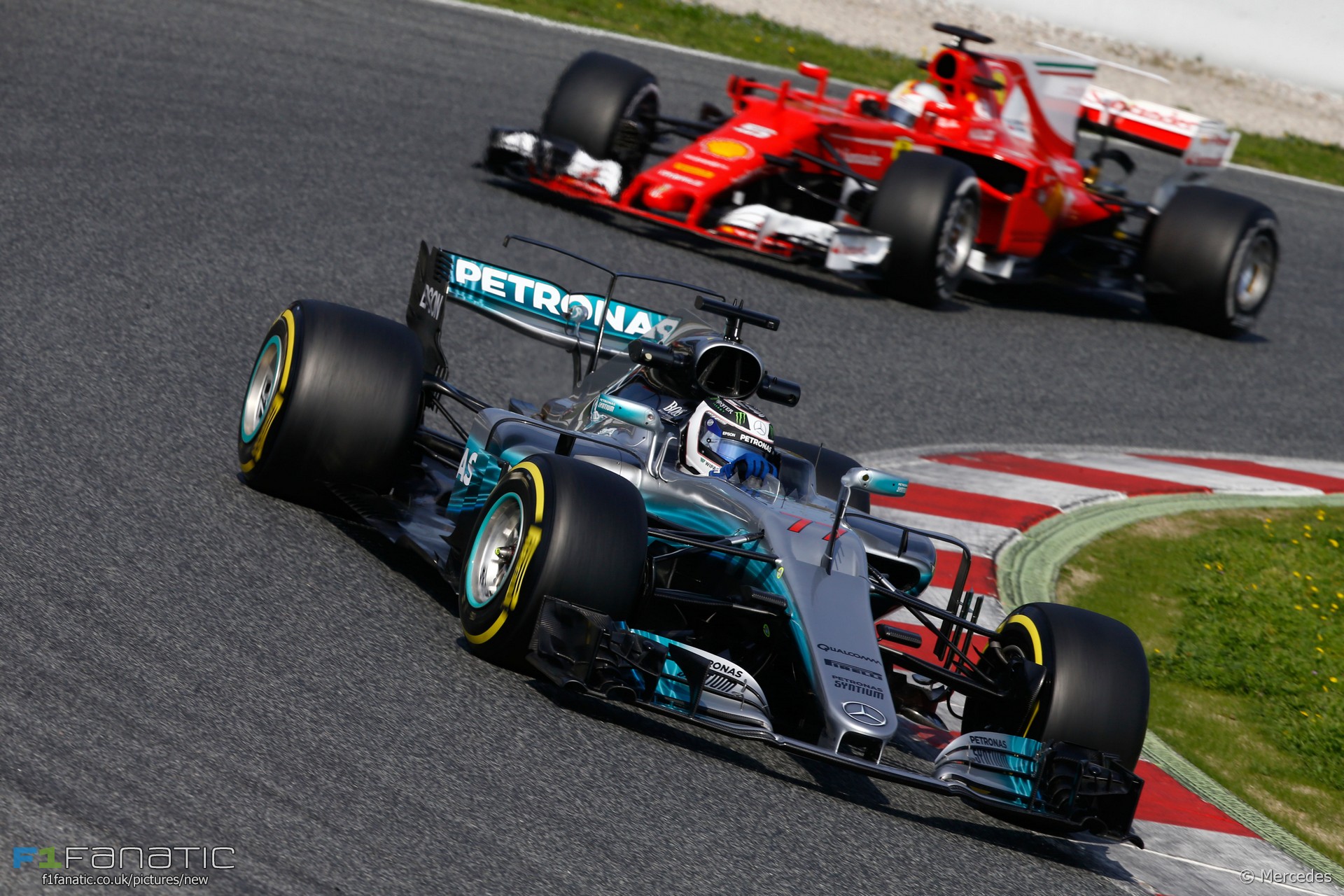 In the round-up: Ferrari president Sergio Marchionne says his team hasn’t overhauled Mercedes yet despite their promising performance in testing.

"We had two goals for the Barcelona tests. Firstly, to be competitive with Red Bull Racing. And secondly, to have a reliable car. For me, Mercedes is still ahead."

"I cringe when I hear authorities in the sport suggesting that drivers should promote the sport. They should be free to promote themselves as individuals. That’s the best promotion they could possibly give the sport."

"What worries me somewhat is I know Vettel very well. He provocatively lifted on his fastest lap on the start and finish straight. "

Points at every race - Esteban Ocon reveals his 2017 target (F1)

"At Barcelona’s pit-lane exit there is that tower that shows the positions in the race and has a clock on top - and when I looked up it was, ‘Wow - I’ve already been in the car for hours.’ I didn’t notice that time was flying so fast. But the next day I got some reminders from my neck!"

Analysis: How big is the McLaren-Honda crisis? (Motorsport)

"There were suggestions that in the configuration it was running at Barcelona, the Honda was 45-50hp down on the engine it had run in Abu Dhabi."

"Most analyses I have seen published to date have come out in favour of Ferrari, leading to considerable hype for their 2017 prospects. But on closer inspection I find significant flaws, which I think (without inside data from both teams) prevent us from reaching any firm conclusions on which team currently has the upper hand."

Great to see such a colourful grid of #F1 cars for 2017. Here they all are: https://t.co/ZPWevhoyBT pic.twitter.com/oSm35vvbgz

Force India’s new pink livery is certainly attention-grabbing, but how much is it worth?

BWT is a company with $19 million of EBIT on $660 million of revenue in 2016. They can’t be paying much for this sponsorship.
Gary

Lewis Hamilton and Robert Kubica claimed the front row of the grid for the Australian Grand Prix on this day in 2008.