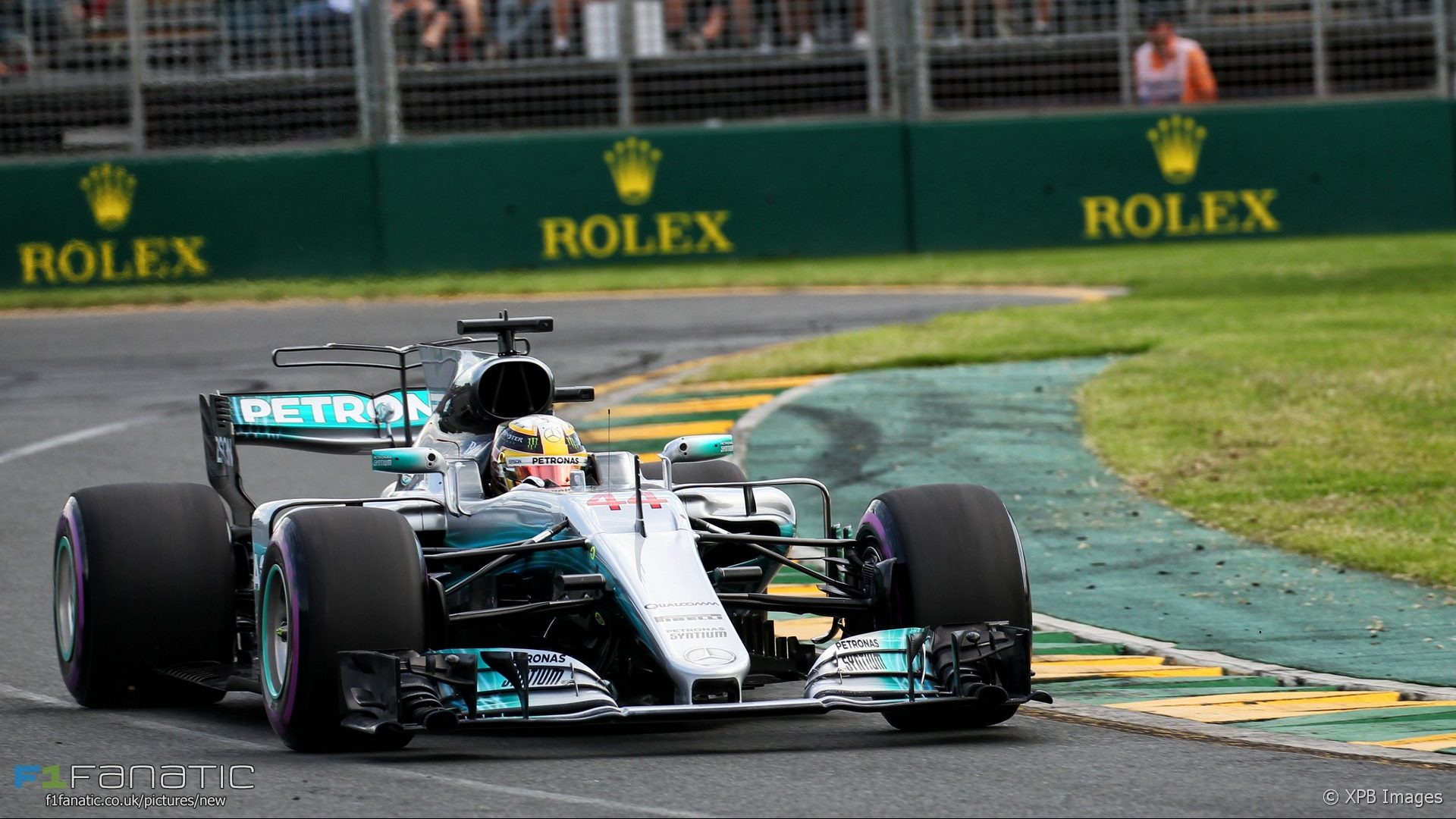 For the first time in more than 50 years the Formula One rules have been changed with the goal of making the cars faster, rather than slower.

Wider cars, wider wings, wider tyres and further changes have been introduced with the goal of lowering lap times by five seconds compared to the pole position time at the 2015 Spanish Grand Prix.

Record-breaking lap times have already been registered at the first race weekend of 2017. But some are underwhelmed by the extent of the gains which have been made, notably Lewis Hamilton, despite earning the distinction of becoming the fastest person ever to lap Albert Park earlier today.

Here’s how his record lap time earlier today compares to the quickest times seen in every previous Australian Grand Prix at Albert Park:

The quickest lap time seen so far this year is 4.136 seconds faster than two years ago. Considering the differences between Albert Park and the Circuit de Catalunya (more on this below), this is another sign F1 is on track to hit that five seconds target.

But it’s clear the majority of that gain hasn’t come this year. The cars were already almost two-and-a-half seconds faster last year compared with 12 months ago. Yet the drastic changes to this year’s cars have contributed just 1.6 seconds further.

This seems even more surprising when you consider the differences in tyre compounds being used. The 2015 lap time was set on the soft tyre, super-softs were used in 2016 and ultra-softs have been used this year. With tyres getting one stage softer each year, some improvement in lap time should be expected.

Before the new cars hit the track the expectation was the increased downforce and drag would allow drivers to corner more quickly but reduce top speeds on the straights. However Melbourne showed that prediction may only have been half-correct.

Comparing the minimum corner speeds and maximum straight speeds for the pole position laps from this year and last year shows the cars are indeed quicker in the corners. But on the straights they’re roughly as quick as they were 12 months ago:

The biggest gains in cornering speeds can be found in quicker corners which are approached at high speeds such as turns 11 and 14. Turn five, which Hamilton had to lift for last year, is now taken flat out.

And while Hamilton did lift the throttle at turn 12, not everyone else did. Sebastian Vettel was spectacular through this corner in the Ferrari. He rounded turn 11 at approximately the same speed as Hamilton but kept his foot in and tackled turn 12 at around 260kph.

However Melbourne has relatively few corners like this compared to the all-important reference track, the Circuit de Catalunya. We should therefore see a greater gain in lap time around a track like that.

This appeared to be the case in testing at the Spanish track. It even prompted Pirelli to predict the cars might even be five second faster than last year’s lap times, never mind those of 2015.

17 comments on “Lap Time Watch: Should F1’s new cars be quicker in Melbourne?”