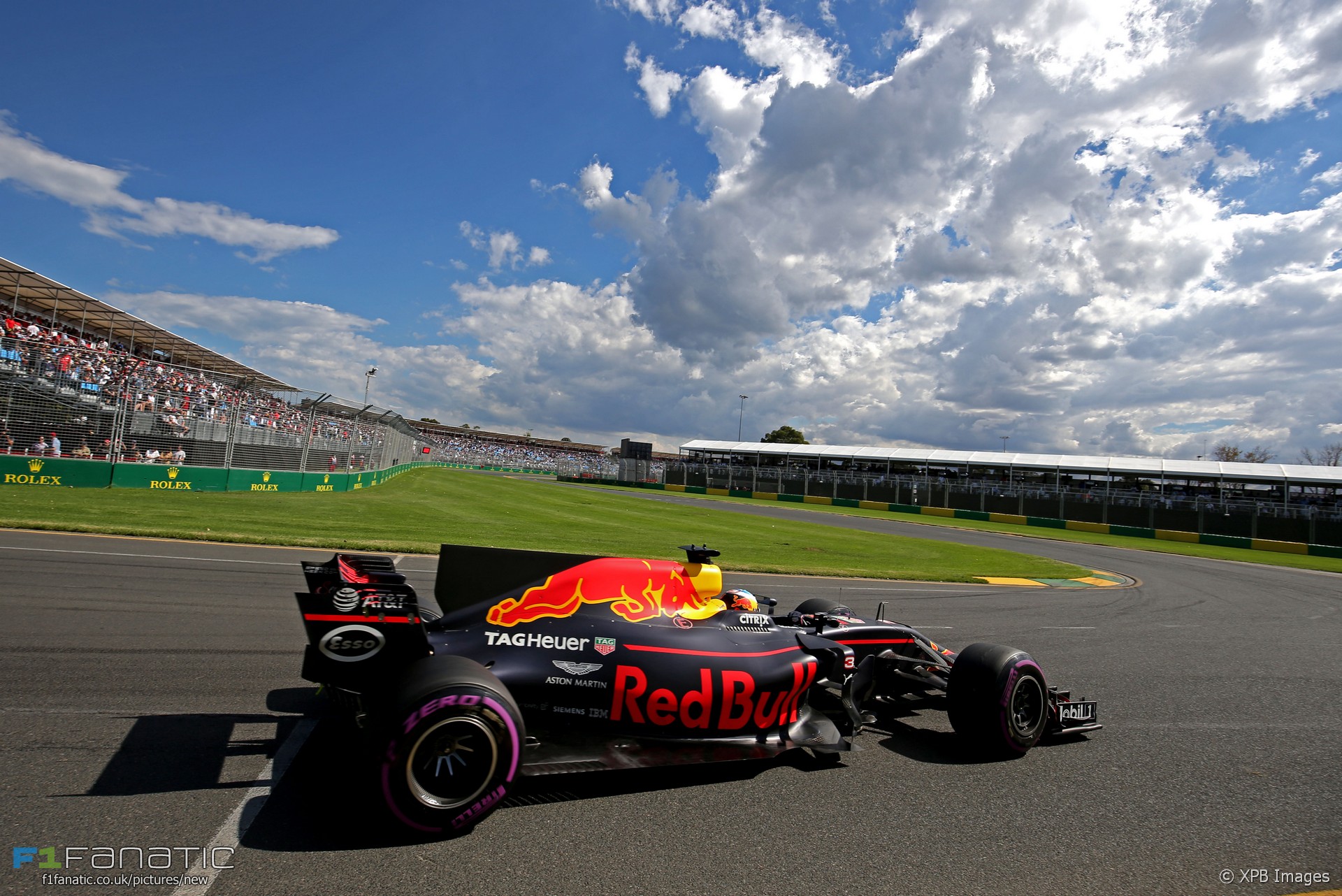 Daniel Ricciardo said he was unhurt but disappointed after crashing out during qualifying for his home race.

The Red Bull driver will start Sunday’s Australian Grand Prix from no better than tenth on the grid after spinning into a barrier during Q3.

“I’m physically OK, emotionally obviously a little bit disappointed with the outcome, but that’s what happens,” he told reporters. “At least it didn’t happen in Q1, I’ll try to have a bit of perspective on this.”

“The lap in Q3 was a little bit messy and turn 14 caught me out, caught me by surprise. Just went in and then the rear broke away. Unfortunately there wasn’t a way of catching it and saving it.”

Red Bull were off the pace in qualifying by more than a second but Ricciardo says they made some gains during qualifying.

“We did alright, we made progress,” he said. “In Q2 we made a big step. Q1 was not very competitive and then we found something.”

Max Verstappen is the team’s higher starter in fifth place but doubts Red Bull will be able to compete with Mercedes and Ferrari.

“We don’t have the pace to challenge the Ferraris and the Mercedes,” he told Sky. “I’m realistic.”

Verstappen said he expects “probably a very lonely race because behind me is also a big gap.” He also believes making progress will be difficult in the new, higher-downforce cars. “In terms of racing it will be more boring because tomorrow who will take first in turn one will win the race.”

26 comments on “Ricciardo: At least I didn’t crash in Q1”