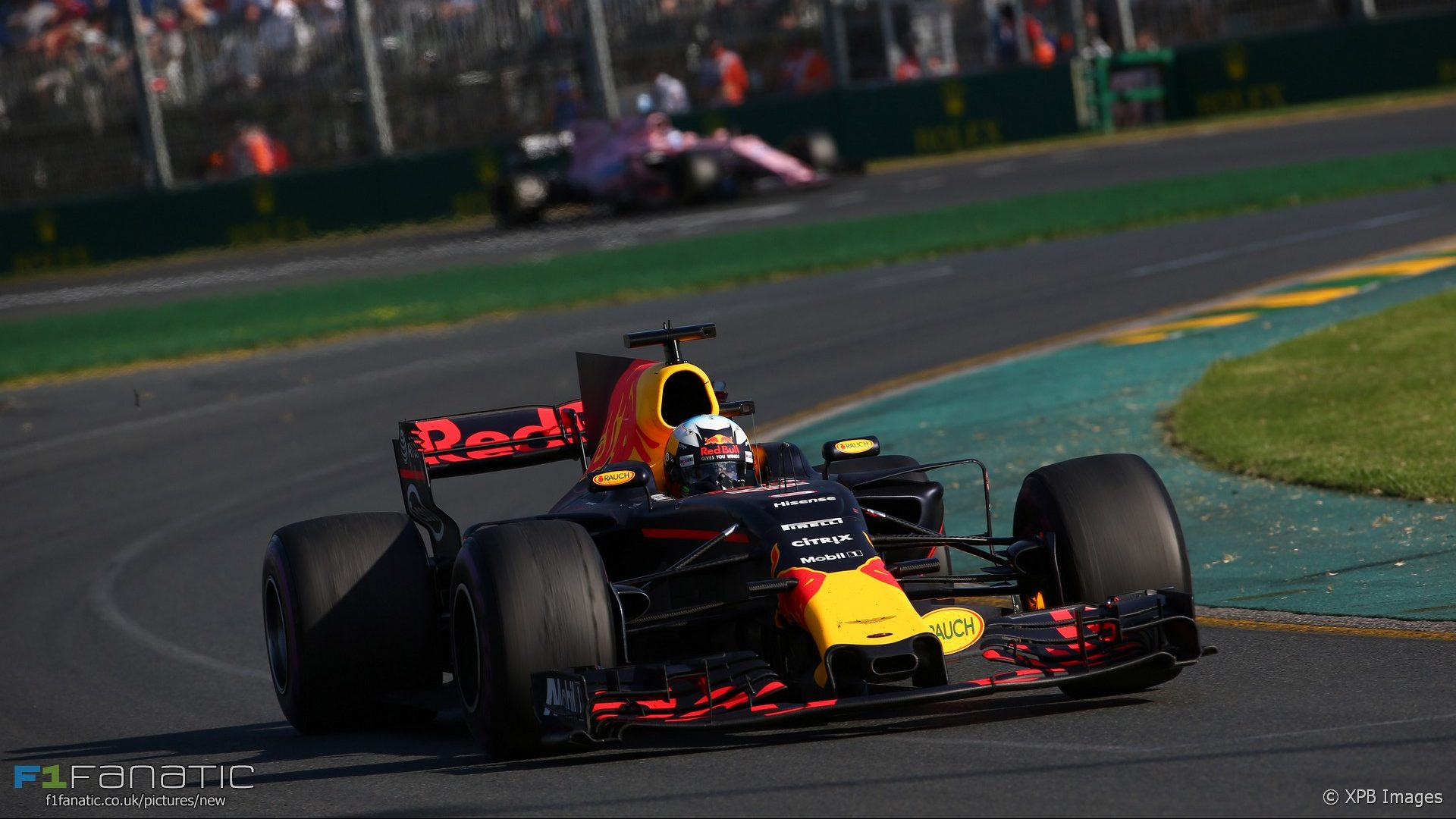 A dejected Daniel Ricciardo said “let’s get out of here” after things went from bad to worse in the Australian Grand Prix. Here are some of the highlights from the team radio through the race.

To Bottas: “Wind direction is the same. Track temperature is starting to drop.”

To Hulkenberg: “Nobody told me that the gears are not synced any more.”

To Giovinazzi: “The car is moving again in first gear.”

To Hamilton: “Grip feels poor on the grid.”

Vandoorne: “My dash is not working.”
To Vandoorne: “Understood Stoffel. Do you mean you have no display?”
Vandoorne: “It’s stuck on out-lap.”

Daniel Ricciardo joined in the race on its third lap with little chance of a points finish:

Vandoorne told: “Car behind is now Ricciardo. Don’t get tangled up with Ricciardo, he’s a lapped car.”

Verstappen: “A bit of oversteer, a bit of understeer but it’s just because I’m close to Kimi.”

To Ricciardo: “Get stuck in, have fun.”

To Bottas: “Carry more speed turn 14 and turn one, mate”.

A bizarre problem forced Jolyon Palmer out of the race. His brake repeatedly jammed on and refused to release.

Mercedes warned Hamilton that Vettel was too close and potentially able to jump him through the ‘undercut’:

After pitting Hamilton, Mercedes were concerned he was stuck behind Max Verstappen:

“This is race-critical, you need to get past Verstappen.”
Hamilton: “I don’t know how you expect me to do that.”

Hamilton: “There’s nothing left in these tyres, guys.”

To Hamilton: “We’re thinking B now, thinking plan B.”

A disappointing day had one last kick in the teeth for Ricciardo. Having tried to turn down his engine to save unnecessary wear and tear, it failed anyway.

To Ricciardo: “OK Daniel essential we’re turning down the engine a bit to try to save it, it’s a few tenths a lap, it’s not a disaster. The sad truth is that we’ll get points through Safety Car, not through pace today. Still worth hanging out because there are possibilities but let’s save the engine, not make our day any worse.”
Ricciardo: “Understood.”

To Ricciardo: “OK Daniel, P0. Sorry mate. Car’s done. Don’t know what to tell you, mate.”
Ricciardo: “Let’s get the [censored by FOM] out of here.”

Hamilton’s pace improved after he switched to the soft tyres:

To Raikkonen: “It’s not over yet, Kimi. Hamilton is complaining he might not be able to make these tyres last until the end.”

To Raikkonen: “Hamilton still complaining a lot about tyres, Kimi.”

To Sainz: “Swap position now.”
Sainz: “He will give me the position back if he doesn’t pass Perez, right?”
To Sainz: “Yes, Carlos.”

Stroll: “I think I had brake failure. Yeah I think something broke.”
To Stroll: “Box, box.”
Stroll: “Argh, I missed it, sorry.”

Kvyat’s efforts to pass Perez were thwarted by an engine problem:

To Kvyat: “OK Danny we will have to box soon, we have a problem with the engine air.”
Kvyat: “No let’s stay out guys.”
To Kvyat: “You cannot stay out.”
Kvyat: “Is there anything I can do?”
To Kvyat: “No, we need an engine air refill.”

Alonso: “There is something wrong with the car. We lost something. It is pulling to the left.”

Kimi Raikkonen ended the race with the fastest lap but he wasn’t the only driver who wanted it:

Verstappen: “How much faster is the fastest lap?”
To Verstappen: “Too fast. Two laps remaining, we just want to bring it home.”

To Vettel: “Awesome drive, that’s the way to do it.”
To Vettel: “Grande Sebastian, bravissimo.”
Vettel: “Woohoo! Forza Ferrari. Questa e per noi. (Go Ferrari, this is for you.)”

To Hamilton: “OK Lewis, well done mate, sorry about that. P2 still, not a bad result, plenty to learn from this race. Good drive.”

To Giovinazzi: “OK Antonio that was a really good race from your side, P12. Congratulations, very good race for your first Formula One race.”

The race team radio transcript will follow later this week.