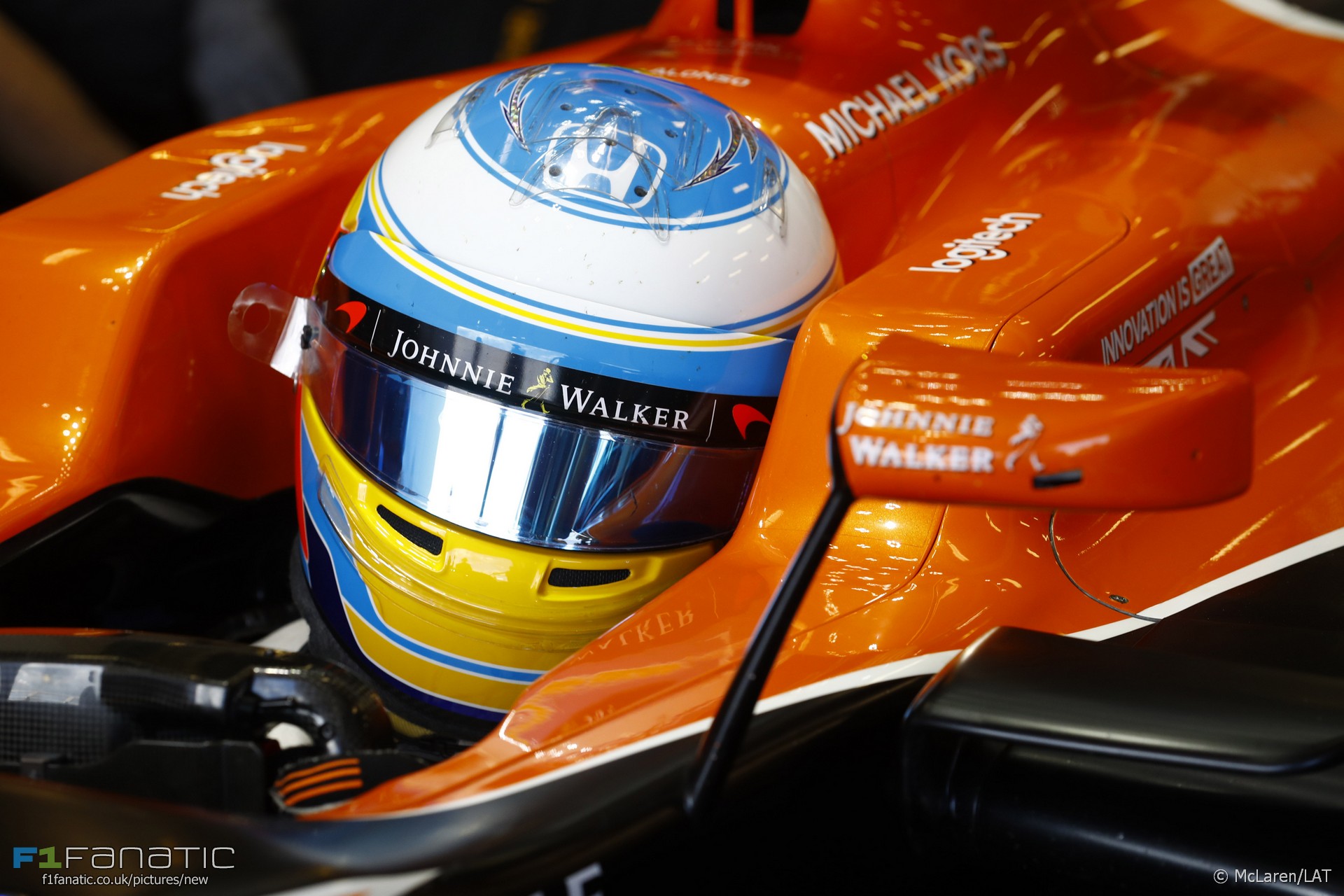 Fernando Alonso said McLaren were surprised to qualify as high as they did after struggling in practice at Shanghai.

At the end of final practice Alonso and team mate Stoffel Vandoorne were 17th and 19th in their Honda-powered cars.

Alonso said he “pushed the maximum” in qualifying in order to reach Q2.

“Obviously we felt very uncompetitive in FP3,” he admitted. “So we went into Q1 with some pessimism in the targets.”

“And I did the lap flat-out in some corners, not caring too much about risking over the limit. Everything went well, I crossed the line and said ‘wow, this lap is good, we are P10’. And that should be enough to be in Q2.”

“Then P13 in Q2 I think is a big surprise for us with the expectations we had before qualifying so now we need to capitalise tomorrow this position and hopefully bring some points.”

He welcomed the chance of rain in tomorrow’s race, saying “in normal conditions it’s unlikely that we can get some points.”

“A chaotic race will help us. We’ve raced a couple of times here in the wet so we should use that experience to take any opportunity.”

Alonso had a minor battery problem in Q1 and was late getting out of the garage in Q2 when his engine refused to fire up. Vandoorne had a similar problem in Q1 which he said compromised his qualifying effort.

“After practice this morning I felt quite comfortable in the car, but unfortunately it took a bit longer than expected to get out onto the track for Q1, so we had a bit of a delay and had to rush through our programme,” he said.

“I’m a bit disappointed as I felt the chance was definitely there to get into Q2.”