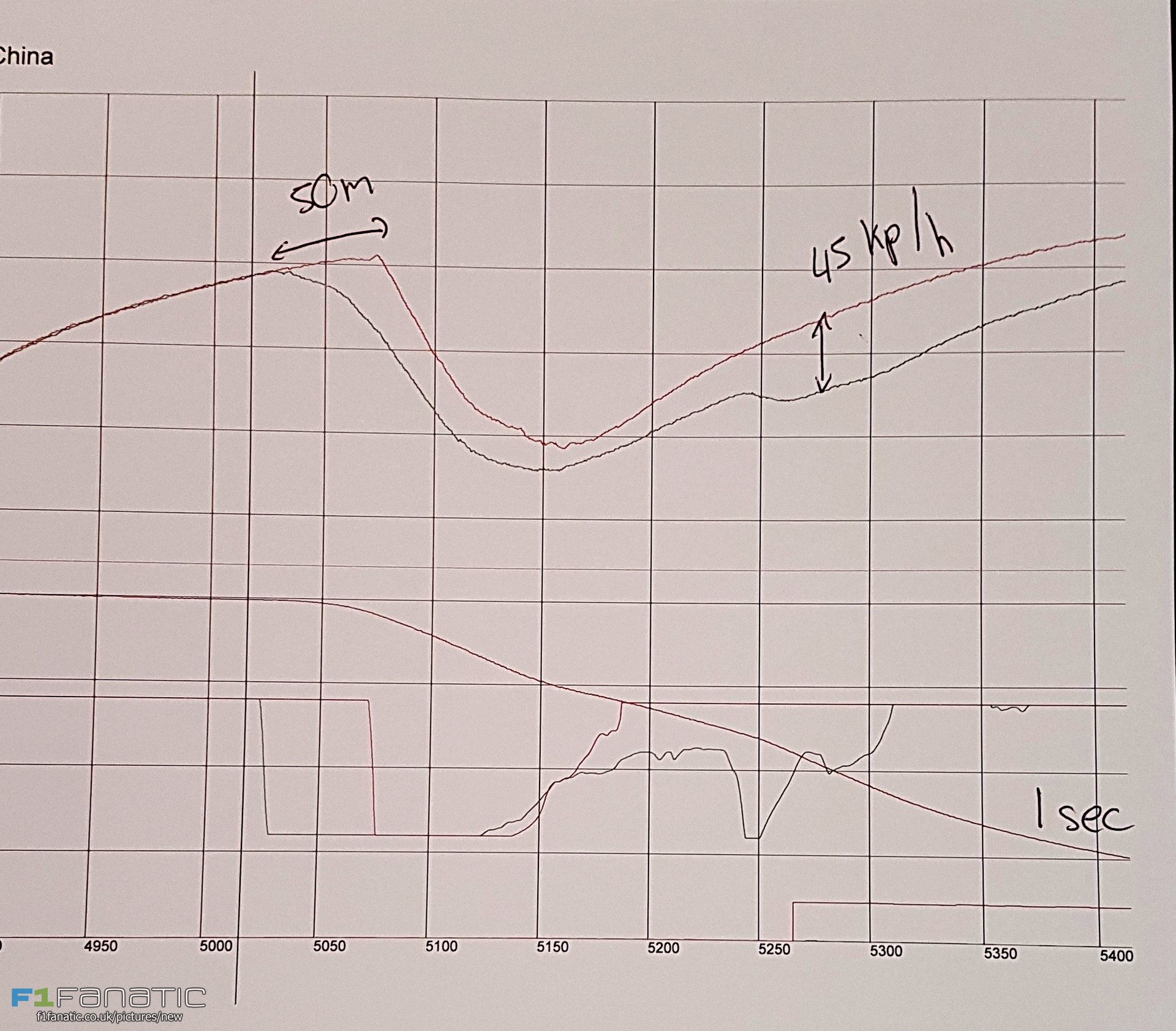 Romain Grosjean took the Chinese Grand Prix stewards to task over his five-place penalty for failing to slow down for double waved yellow flags.

The Haas driver posted data on social media which he says demonstrates he did back off when he encountered yellow flags at the end of his last lap in Q1.

The annotated portion of his telemetry appears to show he backed off by 45kph at the exit of turn 18 where the Sauber hit the barriers.

“So [apparently] I made no effort to slow down and didn’t abandon the lap,” he wrote. “Data shows a different point of view.”

The stewards ruled Grosjean “attempted to set a meaningful lap time after passing through a double waved yellow marshalling sector” and “made no attempt to significantly reduce his speed”. They handed the Haas driver a five-place grid penalty and three penalty points on his licence.

Grosjean set a lap time of 1’35.223 when the double waved yellow flags were shown. His next-quickest lap in Q1 was over 13 seconds slower because of a spin.

Haas qualified in the top ten in Australia and Grosjean believes they could have done the same in China.

“I wasn’t so happy with the car this morning in FP3, we struggled a little bit, but we made some gains with changes over lunch,” he said.

“The car was going to be P10, so we weren’t far off chasing Q3. It was looking all good, but then I couldn’t do the lap.”

Jolyon Palmer was also given the same penalty for failing to back off sufficiently for the same incident.